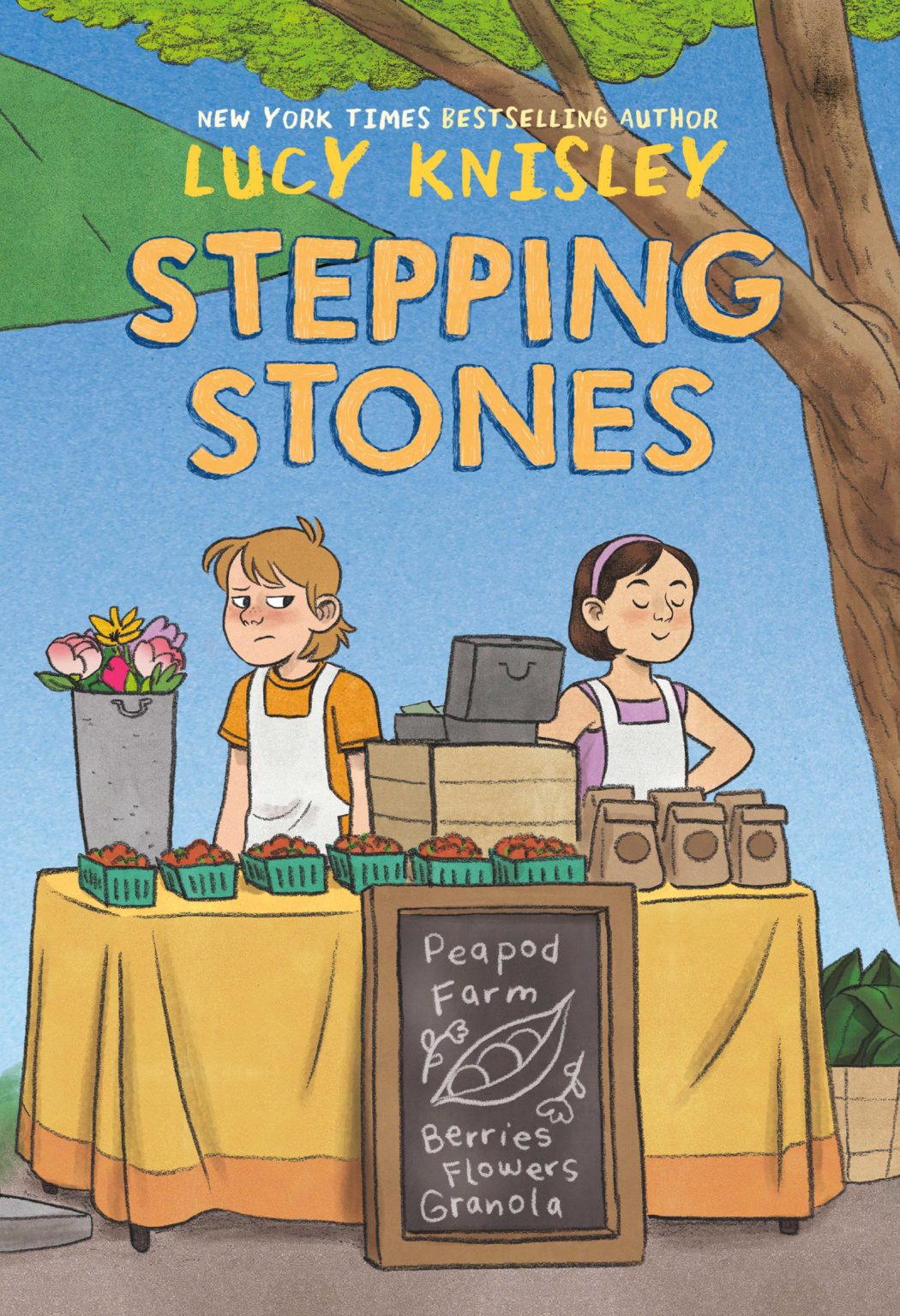 During C2E2, RH Graphic announced new graphic novels headed our way for kids and teens.  The announcement was made during the Awesome New Kids and Teens Comics” panel at the convention.

Love — loss — witches — this YA fantasy graphic novel has it all! This thoughtful, emotional story will entrance you with its moving story and organic artwork.

Lelek is a witch. That’s all Sanja knows when she meets Lelek in the marketplace. But Lelek is hiding something — and as her life begins to intersect with Sanja’s, all that she’s kept to herself starts to come to light.

Secrets, friendship, and magic all come together as Lelek gets closer and closer to uncovering the truth about her past. . . .Witchlight is a wonderful adventure filled with friendship, family, falling in love, and dealing with the hardest bits of your past all along the way.

Jen is used to not getting what she wants. So suddenly moving the country and getting new stepsisters shouldn’t be too much of a surprise.

As if learning new chores on Peapod Farm wasn’t hard enough, having to deal with perfect-at-everything Andy might be the last straw for Jen. Besides cleaning the chicken coop, trying to keep up with the customers at the local farmers’ market, and missing her old life, Jen has to deal with her own insecurities about this new family . . . and where she fits in.

New York Times bestselling author Lucy Knisley brings to life a story inspired from her own childhood in an amazing journey navigating her parents’ divorce and of unlikely friends, sisters, and home.

Jeffrey Brown- ONCE UPON A SPACE-TIME! (available June 2)

Jide and Petra are just two normal kids until they are selected to leave Earth and join their new alien classmates on an intergalactic research mission to Mars. Too bad Petra has no idea how she ended up in the program, seeing as the closest she wants to get to space is being a sci-fi writer. Jide, on the other hand, is the brains of the mission, but his helicopter parents make it clear he hasn’t left their gravitational pull behind quite yet.

What is meant to be an intra-species bonding experience soon turns to hijinx as the kids discover The Potato orbiting around their new space classroom and accidentally launch a mission of their own without any adult commanders around to supervise–or help!

From New York Times bestselling author Jeffery Brown comes an out-of-this-world adventure perfect for the astronaut-in-training in your life.

An inventive new story from Cardboard Kingdom creator Chad Sell about a group of young artists who must work together when one of their own creations becomes a monster.

Drew is just a regular artist. But there’s nothing ordinary about her art. Her doodles are mischievous . . . and rarely do they stay in Doodleville, the world she’s created in her sketchbook. Instead, Drew’s doodles prefer to explore the world outside. But after an inspiring class trip to the Art Institute of Chicago–where the doodles cause a bit too much trouble–Drew decides it’s time to take her artistic talents to the next level.

Enter the Leviathan–Levi, for short. He’s bigger and better than anything Drew has ever created before. He’s a monster, but a friendly one. That is, until Levi begins to wreak havoc on Drew’s other doodles–and on the heroes her classmates have dreamt up.

Levi won’t be easily tamed, and it seems there is a link between the monster’s bad behavior and Drew’s feelings. With the help of her loyal art club friends, will she be able to save Doodleville–and Levi–before it’s too late?