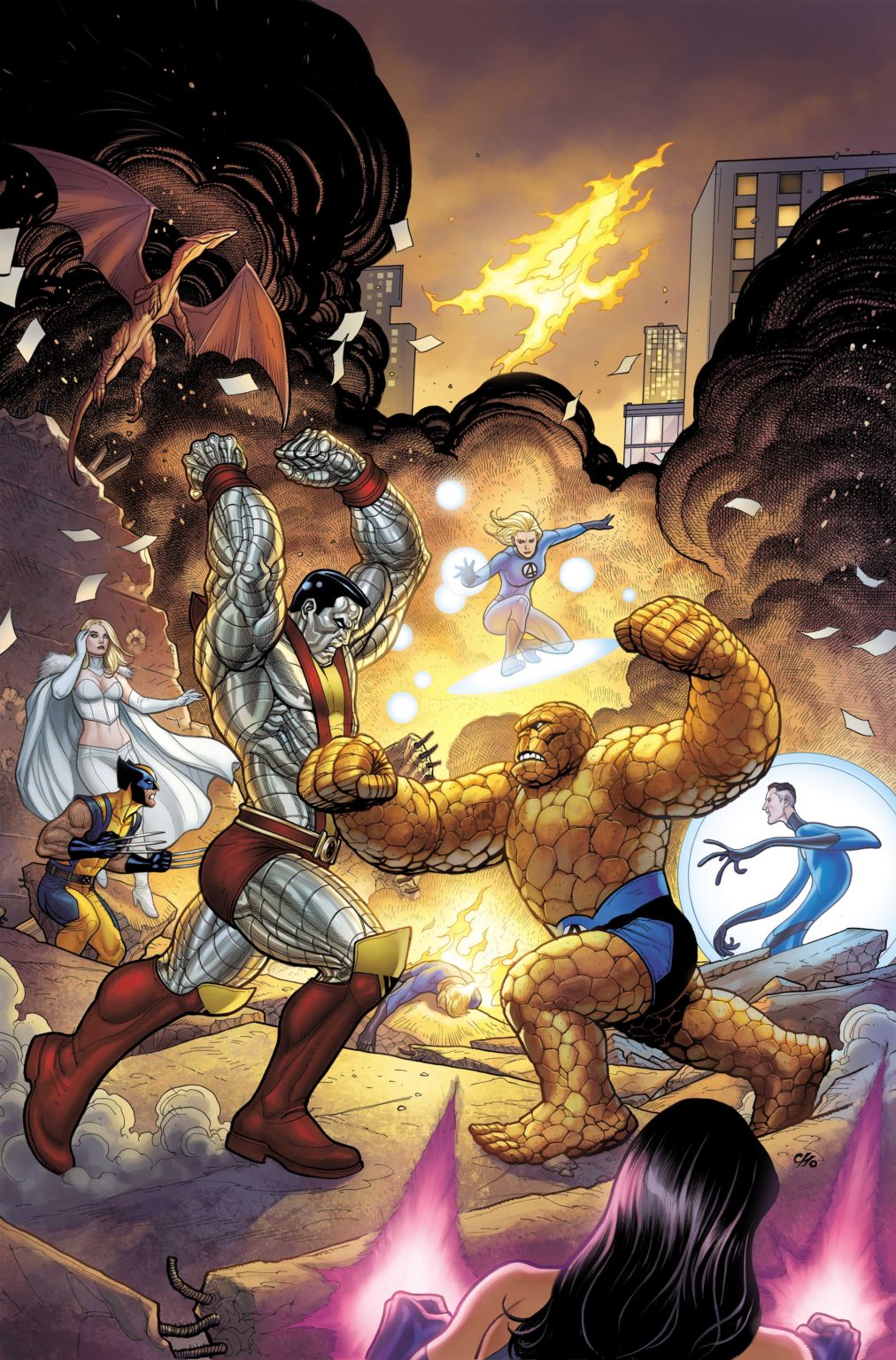 This weekend, C2E2 kicks off in Chicago, and Marvel is going to be there with a number of guests, special signings, panels, and more.

In addition to the panels and signings (see below), Marvel will have exclusive variant covers, and the convention exclusive t-shirts featuring Spider-Man, Black Widow, and more.

Marvel’s most amazing comic book series shine due to exceptional artists and storytellers creating each issue. This Week in Marvel invites writer & artist Skottie Young (Strange Academy) and other Mighty Marvel Guests who work on X-Men, Venom, Spider-Man, and more to talk about how they work with their creative teams and the unique storytelling process of the medium.

This is your chance to meet the head of editorial at Marvel! In an exclusive and intimate panel experience, Editor in Chief C.B. Cebulski along with Marvel mega-stars Jonathan Hickman (X-Men) and Al Ewing (Empyre) will talk about anything and everything involved with Marvel Comics. Learn about the origin stories of these superlative storytellers straight from the source, and ask all of your burning questions during the Q&A! PLUS – Attendees of this panel will receive an EXCLUSIVE Excalibur #7 sketch variant, available while supplies last!

X-ceptional writer Jonathan Hickman (X-Men) is joined by Editor in Chief C.B. Cebulski, Senior Editor Jordan D. White, and a Krakoan Habitat’s worth of X-Men creators to bring you all-new data straight from the House of X House of Ideas! The Dawn of X has broken, and mutantkind has begun to leave a new mark on the world! But what comes next for Marvel’s Merry Mutants? Find out in this can’t-miss panel featuring Gerry Duggan (Marauders, Cable), Tini Howard (Excalibur), Benjamin Percy (X-Force, Wolverine), Ed Brisson (New Mutants), Vita Ayala (Children of the Atom), and Leah Williams (X-Factor).

Come join us, brothers and sisters, as we enumerate upon the crimes of the intergalactic war criminals knows as the Avengers and the Fantastic Four, and take up arms in a mighty Kree & Skrull Alliance against them! The rally will be led by Ryan Penagos, with Alliance members Al Ewing, C.B. Cebulski, and Tom Brevoort in attendance in Emperor Hulkling’s stead. The Kree and Skrulls are ready to present a united front against the Avengers – and any other Terrans that stand in their way. This panel will detail the battle plans to be chronicled in Marvel’s earth-shattering comic event series of 2020…Your presence is mandatory.

Al Ewing! Skottie Young! Donny Cates! These titanic talents along with Editor in Chief C.B. Cebulski and Executive Editor Tom Brevoort unite to bring you the hottest Marvel projects of 2020! What cosmic calamity awaits the Guardians of the Galaxy in the outer reaches of space? Is Venom prepared to face his deadliest foe yet? And which class at Strange Academy has the hardest midterm? Learn the answers to these questions and more in this premier panel event!

Today, telling stories for Marvel means stepping into a long lineage of characters and a vast web of backstories. What’s it like to take on that challenge as a creator? This year at C2E2, Women of Marvel invites some of Marvel’s celebrated storytellers to the stage to talk about how they stay true to their creative style while continuing the stories of comic book characters so many people know and love.

***Due to guest scheduling conflicts, Marvel’s Storyboards World Premiere with Joe Quesada (originally scheduled for Saturday, February 29) has been cancelled***