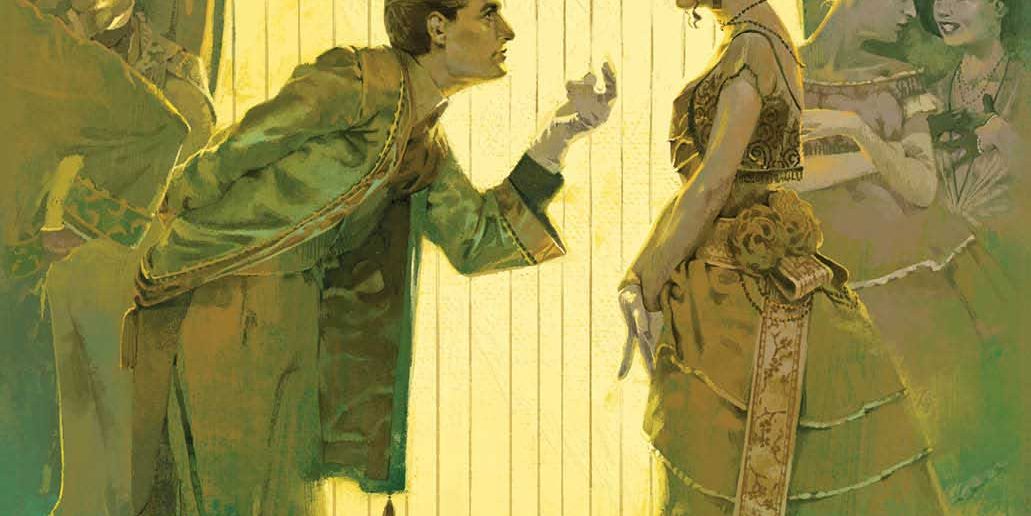 Are you digging the new Firelfy series from BOOM! Studios? The publisher sent us a sneak peek at Firefly #15 that looks at year two of the New Adventure of the Biggest Damn Heroes in the ‘Verse.

A Browncoat at heart, Sheriff Mal Reynolds does have to admit that there might be one single perk to a government job: actually having the time to court Inara Serra, now that he doesn’t have to worry about things like dodging the government. But something’s fishy with the Blue Sun executives who have taken up residence in Mal’s sector…will investigating it mean walking away from Inara? 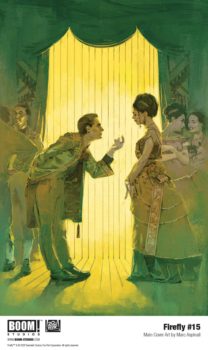 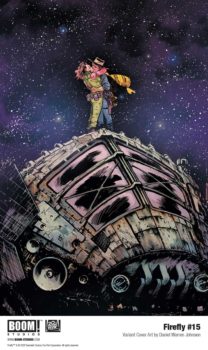 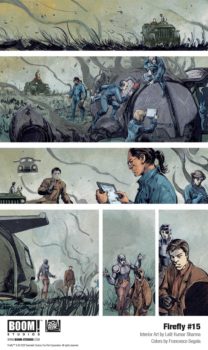 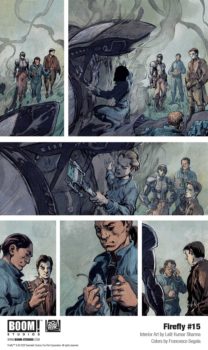 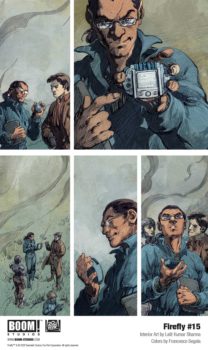