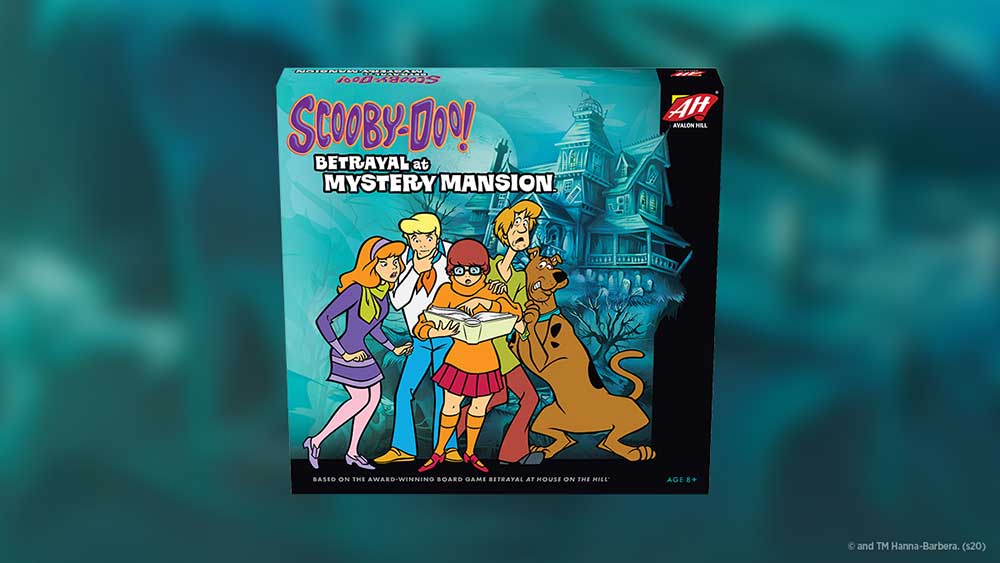 [Games] Scooby Doo and the Gang at the Mystery Mansion

Fan of Betrayer at House on the Hill? Love Scooby Doo and the gang? On May 15th, Avalon Hill smash the two together for Betrayal at Mystery Mansion.

Betrayal at Mystery Mansion is jam-packed with more goodies than a Super Shaggy Sandwich, including all new tiles, tokens, cards, and 25 haunts based on popular Scooby-Doo episodes and movies. Once players find enough clues to learn what’s really going on, the haunt begins and one player switches sides to play the role of the Monster. Those meddling kids then try to stop them before they carry out their sinister plan, hopefully pulling off the mask to reveal it was Mr. Wickles all along!

Scooby-Doo and Betrayal at Mystery Mansion has a $35 asking price, which is a pretty good deal when you consider some board games these days go for much higher.