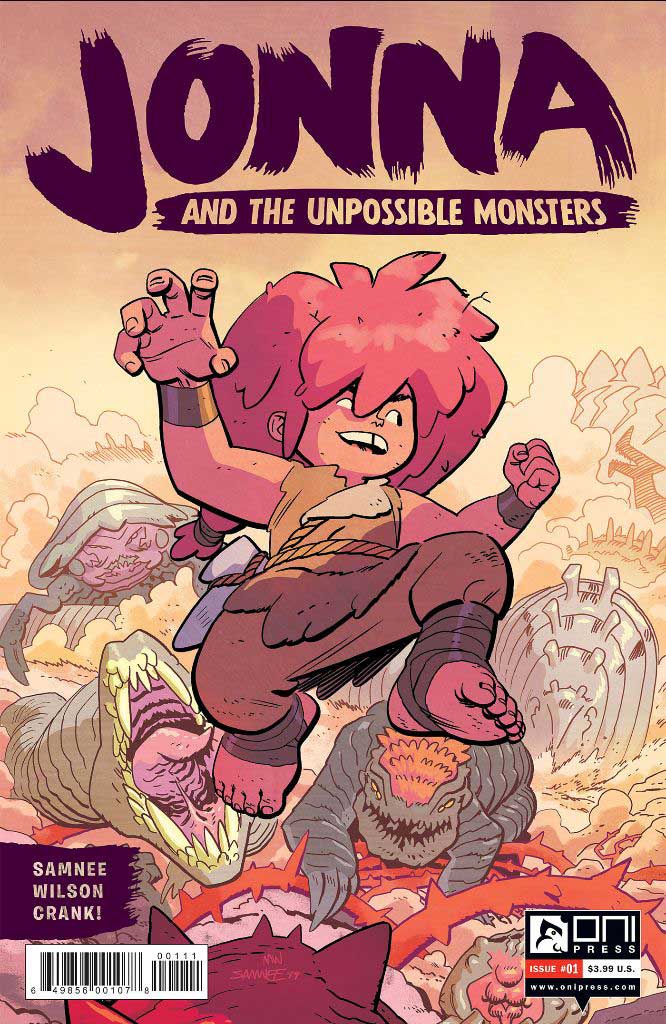 It seems comic book publishers are finally catching on that targeting comics and graphic novels for the YA and Middle Reader market pays off. Oni Press has announced the launch of Jonna and the Unpossible Monsters from Chris Samnee, Laura Samnee and Matthew Wilson.

Exploring the drive and boundaries of rebuilding a family after disaster strikes, Jonna and the Unpossible Monsters follows a tag-team of brawn and brains as two sisters, Rainbow and Jonna, strike out into the unknown on a hunt for their missing father, who was taken a year before.

Battling treacherous territory as the planet around them mysteriously dries up, Rainbow and Jonna will have to combat monsters as they struggle to rediscover their trust and sisterly bond after a year of separation, they struggle to find people in this new world they can trust to help them along the way.

In a press release from Chris Samnee, it is clear why Jonna and the Unpossible Monsters is finding its ways to stores in June. “Reading books like Mike Maihack’s Cleopatra in Space, Judd Winnick’s Hilo series and Jeff Smith’s Bone with our kids really lit the fire under me to get started making something of my own” said Samnee. “I’ve always had the urge to do something creator owned, but seeing how much the kids were enjoying these comics made me want to make something I could share with them.”

If you are looking for a comic book to read with your kids (8+) Jonna and the Unpossible Monsters arrives in June 2020.