DC Comics sent Major Spoilers a sneak peek of Batgirl #44 from Cecil Castellucci and Cian Tormey that arrives in stores on February 26, 2020.

Batgirl #44
Written by Cecil Castellucci
Art by Cian Tormey
Color by Chris Sotomayor
Lettering by Andworld Design
Cover by Giuseppe Camuncoli, Cam Smith and Jean-Francois Beaulieu
Variant cover by Terry Dodson and Rachel Dodson
In Shops: Feb 26, 2020
SRP: $3.99
Continuing where Cecil Castellucci, Cian Tormey and Chris Sotomayor left off with “Graveyards of Words and Bones” last month in Batgirl #43, everything in the magical realm of Unearth only exists when The Maker writes it onto his pages. So when he writes a dragon into existence that feeds upon the fear from new love, Jason Bard’s feelings for Babs feeds the fire-breathing dragon!

How can Batgirl have the courage to defeat such a dragon when courage itself is full of fear, but choosing to act in the presence of it regardless? And when you die in Unearth, do you die on Earth? 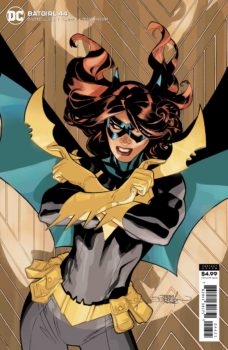 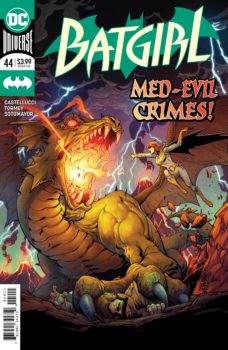 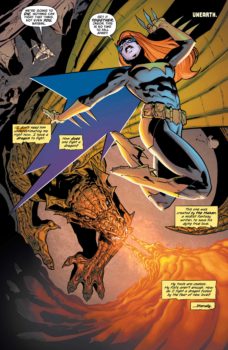 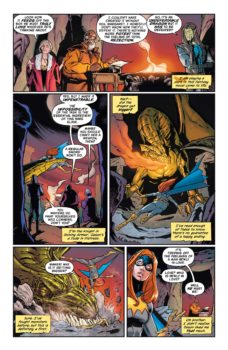 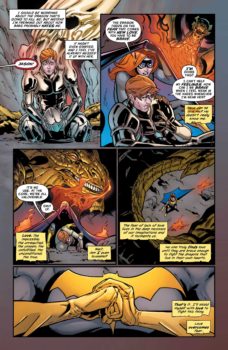 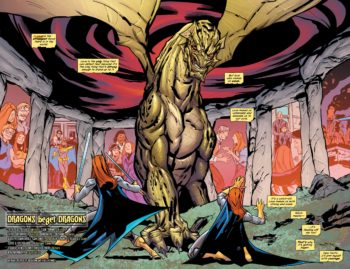