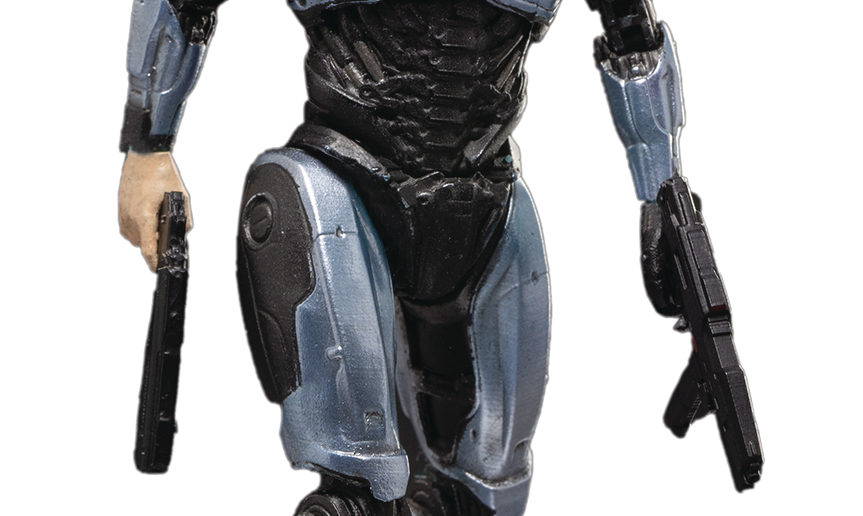 Hiya Toys has announced it is offering two exclusive 1/18th scale action figures of Predator and Robocop to toy fans when they order them through the Previews catalog. Based off the action-packed Predators movie, Hiya Toys presents this PREVIEWS Exclusive 1/18 scale action figure of the Armored Crucified Predator. Captured by the Super Predators on the Game Preserve Planet and left for dead, this Predator was discovered and freed by Royce and his crew to lend a helping hand. This figure captures the creature’s iconic armored look at 4 1/2″ tall with a fully poseable body.

From the 2014 remake of the classic Robocop, Hiya Toys presents this a pair of PREVIEWS Exclusive 1/18-scale action figure of Robocop himself! Featuring a metallic paintjob that mimics the look of his silver armor in the film or an accurate recreation of the sleek black armor, as well as interchangeable hands to hold weapons, each Robocop figure stands 4 1/2″ tall! 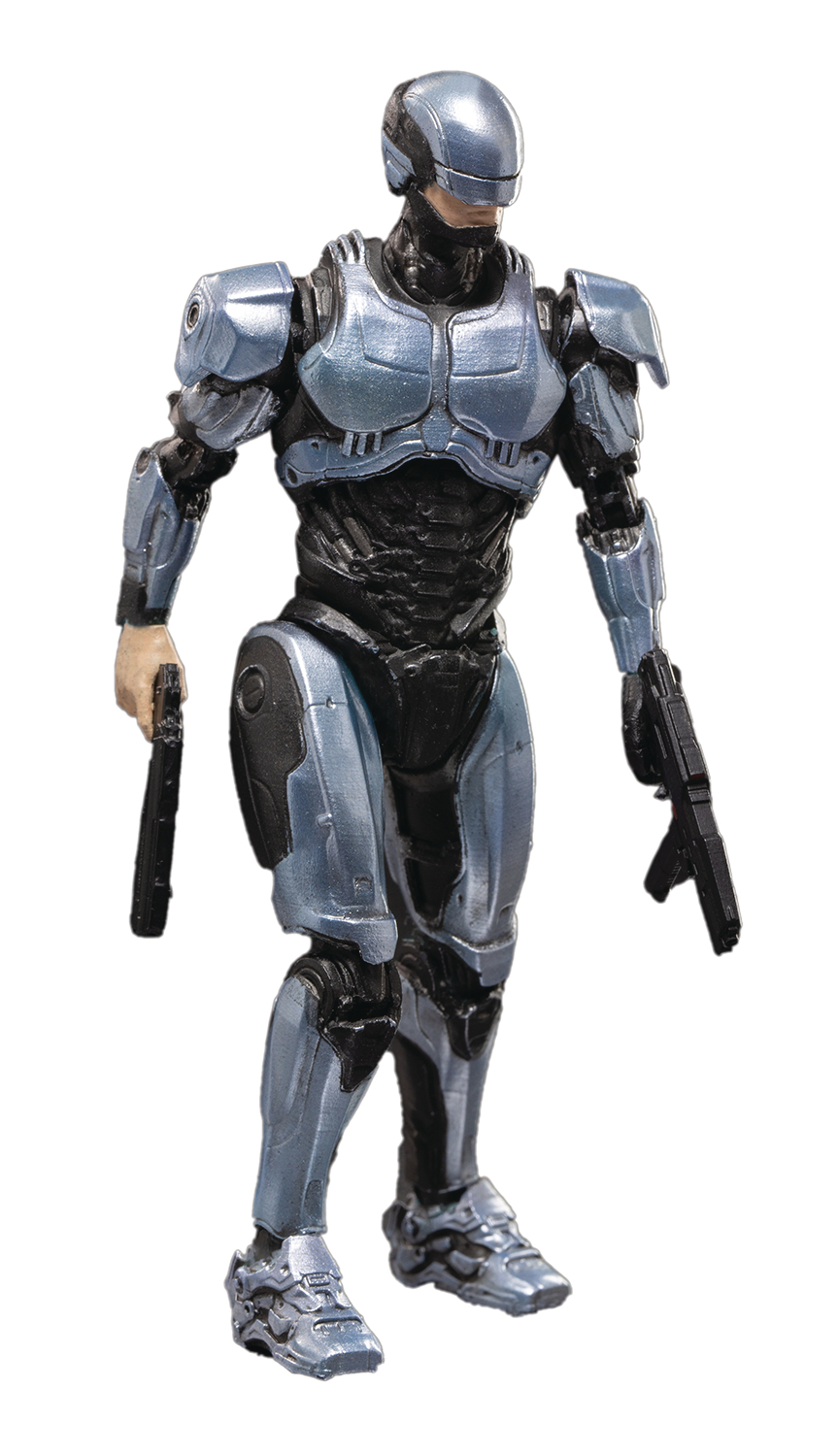 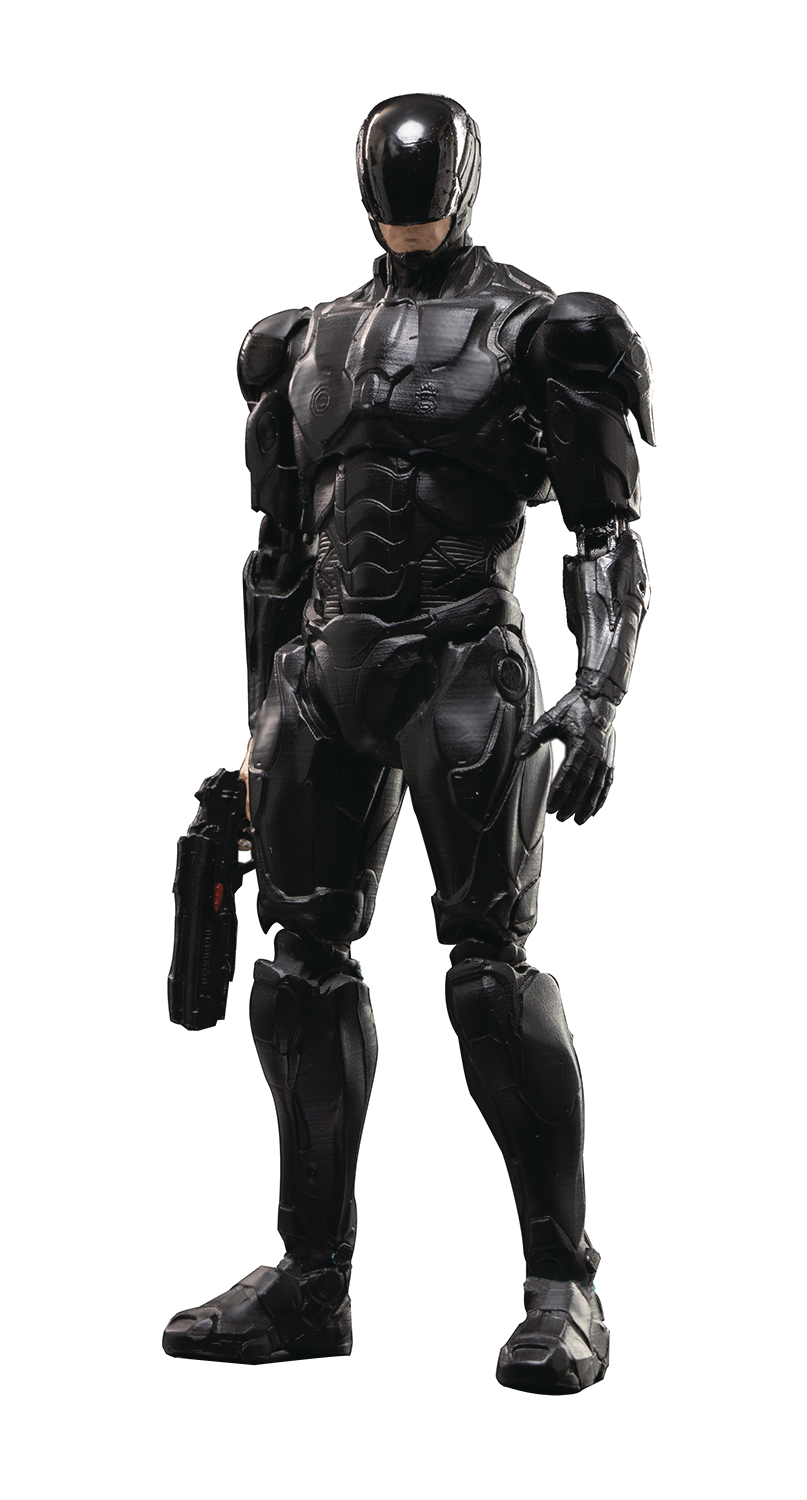