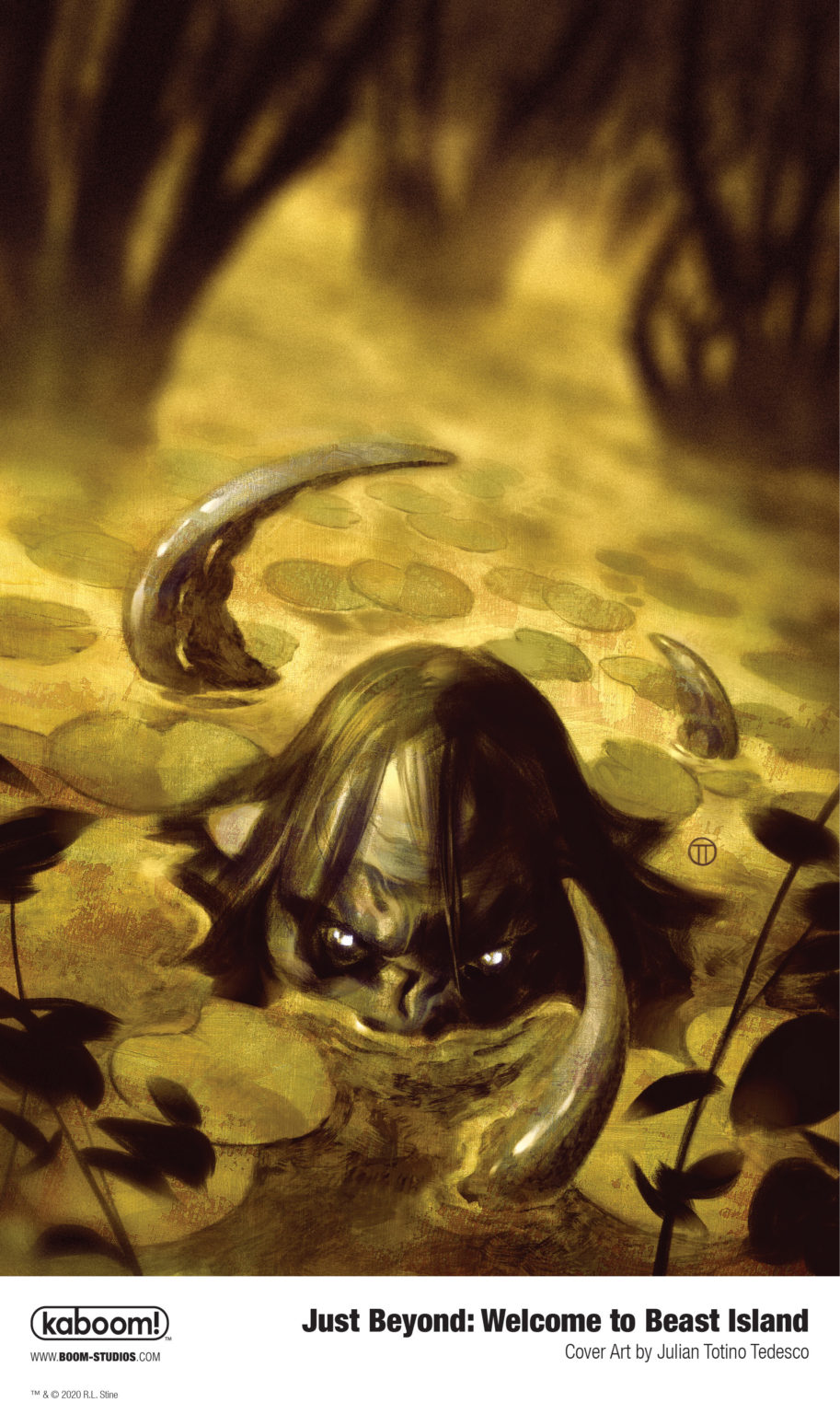 BOOM! Studios has announced its next horror comic from R. L. Stine will take readers to Beast Island. Just Beyond: Welcome to Beast Island is the latest middle age graphic novel from the horror writer. Bringing the story to life are artists Kelly and Nicole Matthews.

Trips to exotic islands can be more exhausting than relaxing sometimes, and on the island of Mala Suerte, they’re a real beast! Karla and her little brother Benny accompany their Uncle Bill on a scientific expedition to study unidentified species on the remote island but after a little “bad luck” they soon discover something terrifying and deadly living in the river swamp… With nowhere to run, will Karla, Benny, and Uncle Bill survive the unimaginable and harrowing horrors of the place aptly nicknamed BEAST ISLAND?

“Swamp monsters are horrifying to me. They rise up from the murky depths, bringing nothing but terror. With this story, I hope readers will feel like they are watching one of those timeless old-fashioned horror movies that make everyone shudder and scream,” said author R.L. Stine in a press release from BOOM! Studios.

Welcome to Beast Island will be released under BOOM! Studios KaBOOM! imprint and will arrive in October 2020.