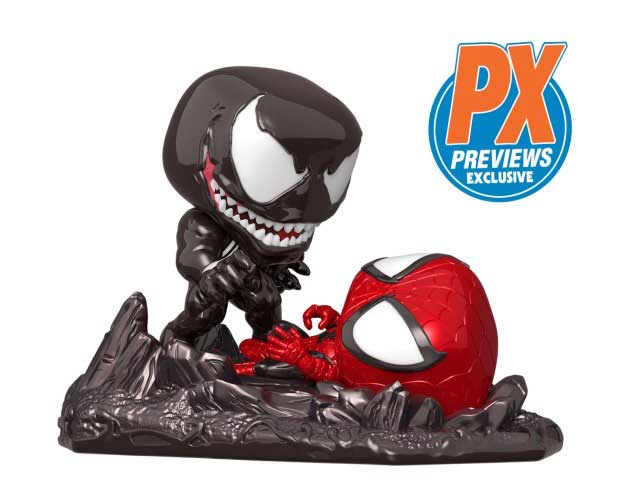 Featuring a special rocky diorama base and two full-sized Pop figures sculpted as part of the scene, this Pop! Comic moment comes packaged in a collector-friendly window box, perfect for display in your Marvel Collection! Plus, this PREVIEWS Exclusive Funko Pop! will feature a comic incentive for retailers. For every six pieces ordered through March 16, retailers will receive an exclusive Marvel Comics variant edition: Venom #25 Funko Variant. Comic shop customers and Funko fans interested in purchasing the comic, should check with their local comic shop retailer about the availability of this limited variant cover.

The PREVIEWS Exclusive Pop Comic Moment Marvel Spider-Man Vs Venom Figure (SEP198702, SRP: $34.99) is available to pre-order at comic shops, with an expected release date of April 29, 2019. To find a comic shop near you, visit www.comicshoplocator.com.