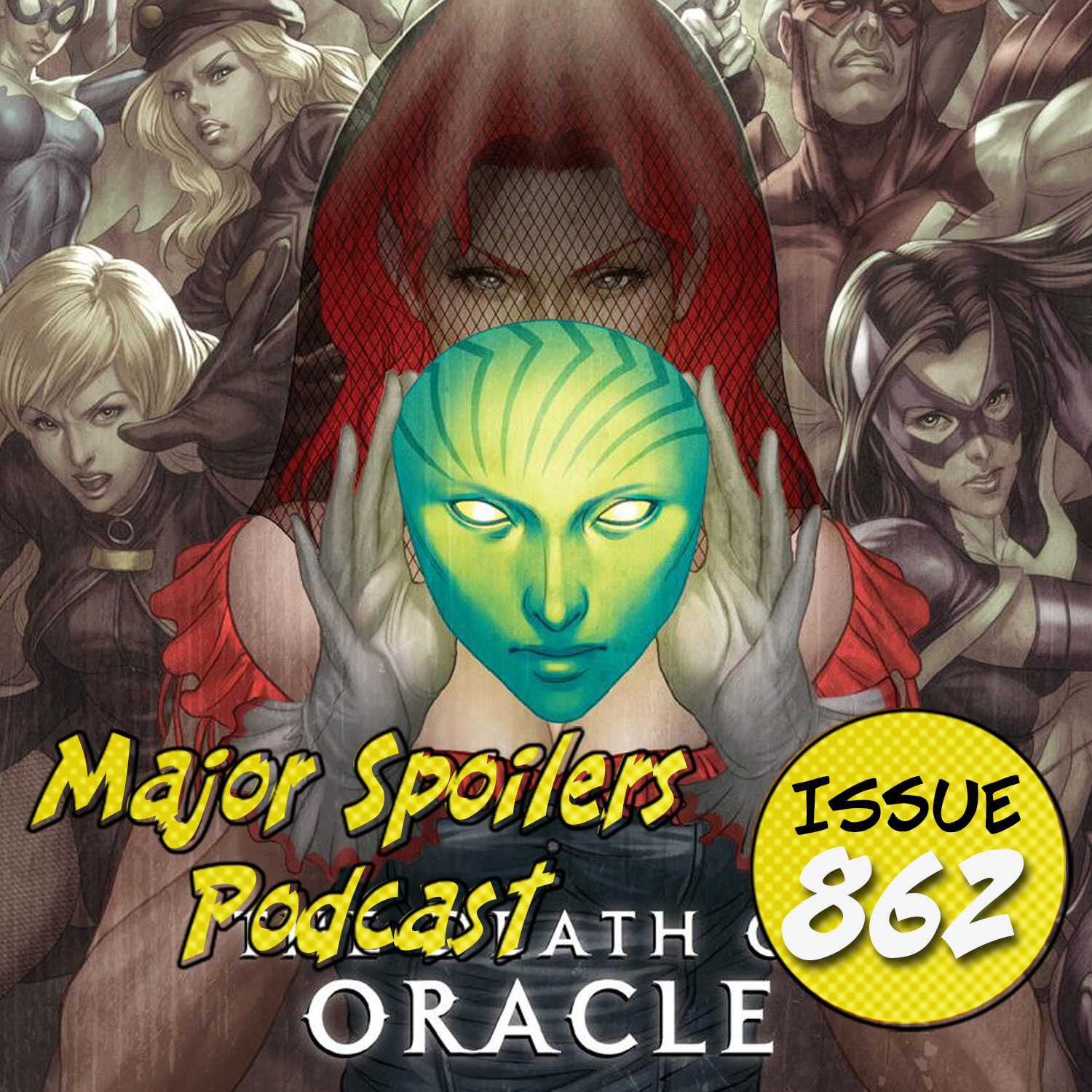 It is the Death of Oracle this week on the Major Spoilers Podcast! Plus, we hear that Cullen Bunn is a Necromancer, which shouldn’t be bad… but it kind of is… We review Conan: Battle for the Serpent Crown #1, Captan America: The End, Diablero, and Shrill.

So… an editor called me last night to tell me that someone is telling other editors and publishers that I use ghost writers. This infuriates me for so many reasons, not the least of which is that it is 1000% untrue. (Thread)

STEPHEN
CONAN BATTLE FOR SERPENT CROWN #1
Writer: Saladin Ahmed
Artist: Luke Ross
Publisher: Marvel
Cover Price: $3.99
Release Date: February 5, 2020
A DEADLY QUEST AND A DARING HEIST… IN THE AGE OF MARVELS!
CONAN wanders the desert, and as he reaches the city, no Stygian temple nor Vendyhan fortress greets him. No, something far stranger: the lights of fabulous Las Vegas! Conan is far from home, and it’s time for him to tread the thrones of the Marvel Universe under his sandaled feet!
The City of Sin is just the beginning for Conan’s solo jaunt by Eisner award-winner Saladin Ahmed (BLACK BOLT, MILES MORALES: SPIDER-MAN) and Luke Ross (STAR WARS: ALLEGIANCE, SAVAGE SWORD OF CONAN), as the barbarian finds himself on a quest for a relic that predates even his Hyborian Age: the Serpent Crown of Atlantis! But will his battle for this crown earn Conan his own kingdom, or doom him to a nefarious trap set forth by MEPHISTO? Featuring a wide array of Marvel heroes and villains, this is an adventure you can’t afford to miss!

Steve Rogers fights for survival in a post-apocalyptic wasteland populated by hordes of Red Skulls!

ASHLEY
SHRILL (SEASON 2)
Starring: Aidy Bryant
Network: Hulu
Release Date: Jan 24, 2020
A struggling young journalist is determined to change her life without changing her body. While dealing with an unreliable boyfriends, sick parents and a perfectionist boss, she begins to understand that she’s just as good as everyone else.

Birds of Prey: The Death of Oracle
Writer: Gail Simone, Mark Andreyko
Artist: Ardian Syaf, Gulliem March
Publisher: DC Comics
Oracle, Black Canary, Lady Blackhawk, Huntress and Dove: A collection of the world’s most notable heroines, and one of the DC Universe’s most impressive superteams. In an effort to conceal her identity from the world at large, the data specialist Oracle plans to fake her own death, but we all know what happens to the best-laid plans of mice and women…When her evil, scheming mirror image, the Calculator, hires a team of superpowered heavies to take out his nemisis, Oracle’s plan puts her teammates right in the line of fire. Has the world’s premier infojack completely lost control, or is it part of her master plan? Only the Oracle knows for sure.