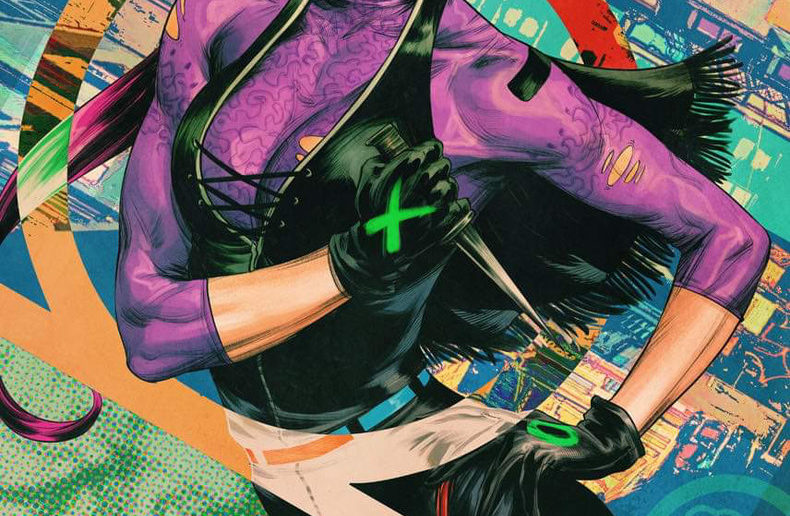 By Stephen Schleicher on February 9, 2020 0 Comments

Apparently there has been a lot of buzz about a new villain coming to the DC Universe, and now we get our first look at Punchline.

A brand-new DC villain set to play a major role in Batman’s life is already generating buzz and press interest…but who is Punchline? Writer James Tynion IV has teased her appearance in a few upcoming issues, but as of yet we don’t know much about the brand-new character! Here’s the breakdown of where you’ll be seeing her ahead of Batman #95’s “Joker War” storyline!

The first appearance will be in Batman #89, which arrives on February 19, 2020. I don’t know if this is going to be a full reveal, as Punchline will only appear in one panel.

Then, in Year of the Villain: Hell Arisen #3, readers will get the first full look at Punchline.

In the meantime, before the Joker War kicks off in May, take a look at the character design by Jorge Jimenez.