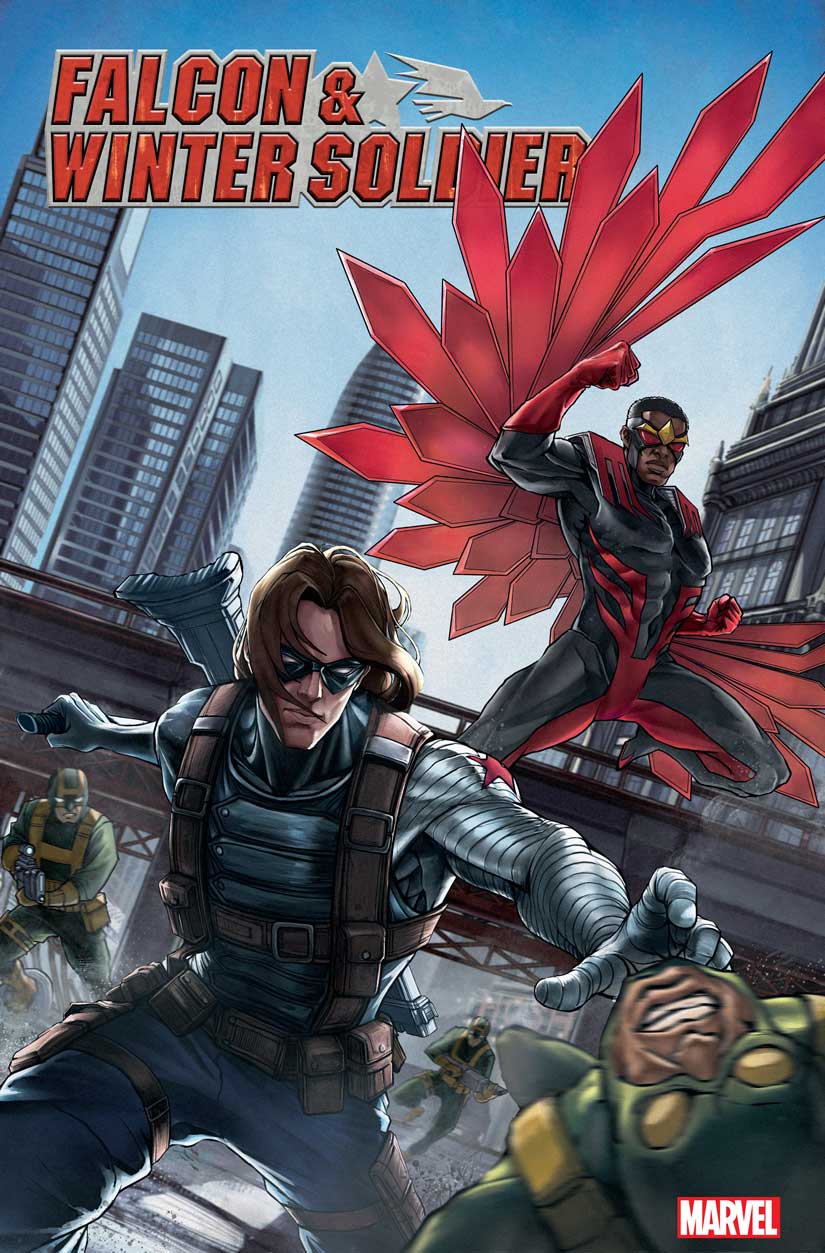 Bucky Barnes and Sam Wilson have both fought by Captain America’s side and taken on the mantle themselves. Now, as the Winter Soldier and Falcon, Cap’s most trusted friends are going on their own adventure in their own series, FALCON & WINTER SOLDIER! Written by Derek Landy with art by Federico Vicentini, this high-stakes action spectacular will pit Bucky and Sam against the worst of Hydra in a pulse-pounding race to stop one of the terror group’s deadliest plans yet!

“I was given free-rein to do whatever I wanted with this book, so I took the opportunity to do a big, sprawling action-adventure that takes Sam Wilson and Bucky Barnes across America, from an office filled with dead government agents in New York to a house in the suburbs stuffed with Captain America memorabilia to a secret Hydra base somewhere in Nevada…,” Landy said in a press release. “I wanted every issue to top the action of the issue before it, and with Federico Vicentini on art we’re just about managing it! I have yet to write an action scene that Federico can’t make a thousand times better with the sheer kineticism of his pencils. It’s been an absolute blast — in more ways than one.”

The issue also features the introduction of The Natural, a new villain and skilled fighter that series writer Landy describes as “a “true fanboy… being led down the wrong path by the wrong people.”