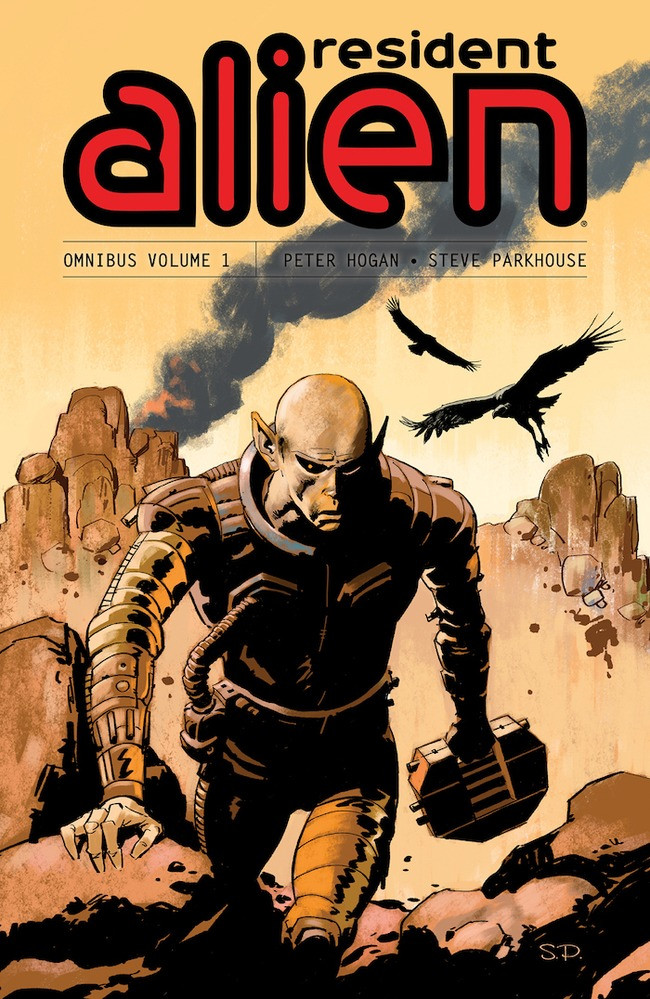 Dark Horse Comics has announced it is releasing the Resident Alien story from Peter Hogan and Steve Parkhouse in a giant omnibus. Living undercover as a semi-retired, small-town doctor, a stranded alien’s only hope is to stay off humanity’s radar until he can be rescued. When he’s pulled into a surprising murder mystery by the town’s desperate mayor and struggling police chief, “Dr. Harry Vanderspeigle” learns more about the human condition than he ever wanted to. Acclaimed creators Peter Hogan (2000 AD, Tom Strong) and Steve Parkhouse (Milkman Murders, Doctor Who) deliver a truly unique sci-fi adventure tale with heart and humor!