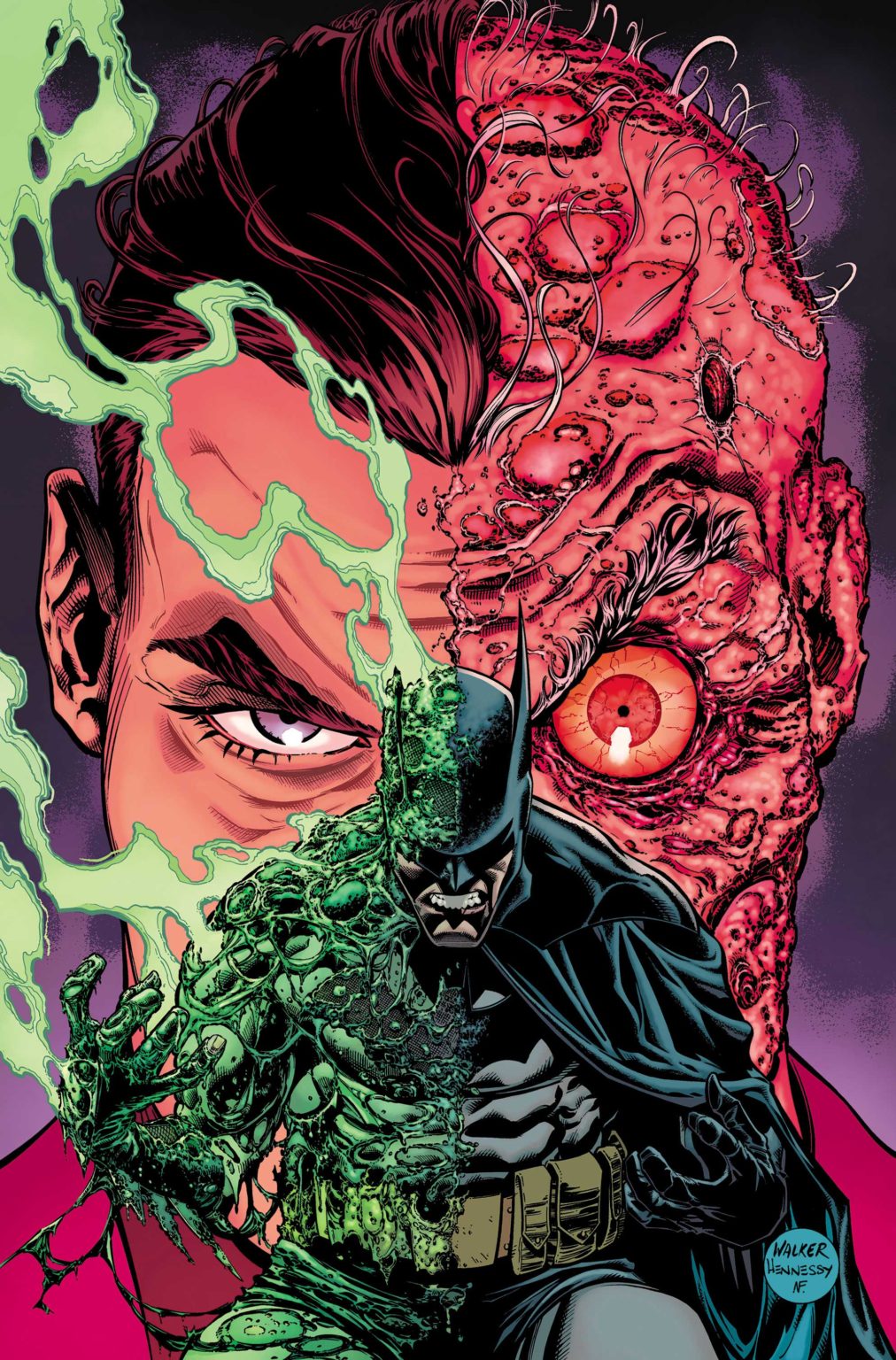 DC Comics has released an early look at Detective Comics #1020 that features the return of Two-Face… and Harvey Dent?

Detective Comics #1020
Written by Peter J. Tomasi
Art by Brad Walker, Andrew Hennessy and Brad Anderson
Cover by Brad Walker, Andrew Hennessy and Nathan Fairbairn
Variant cover by Lee Bermejo
In Shops: Feb 26, 2020
Final Orders Due: Feb 03, 2020
SRP: $3.99
As Gotham City continues its rise from the ashes of “City of Bane,” some familiar faces have returned to keep Gotham City exactly where they want it: Two-Face is back! But this time, he’s recruited some like-minded individuals to help him in his cause!

With an elite team of split-personality special forces at his side, Two-Face and Batman square off in what could be their final battle, as a new ally arrives to help the Dark Knight…Harvey Dent?!