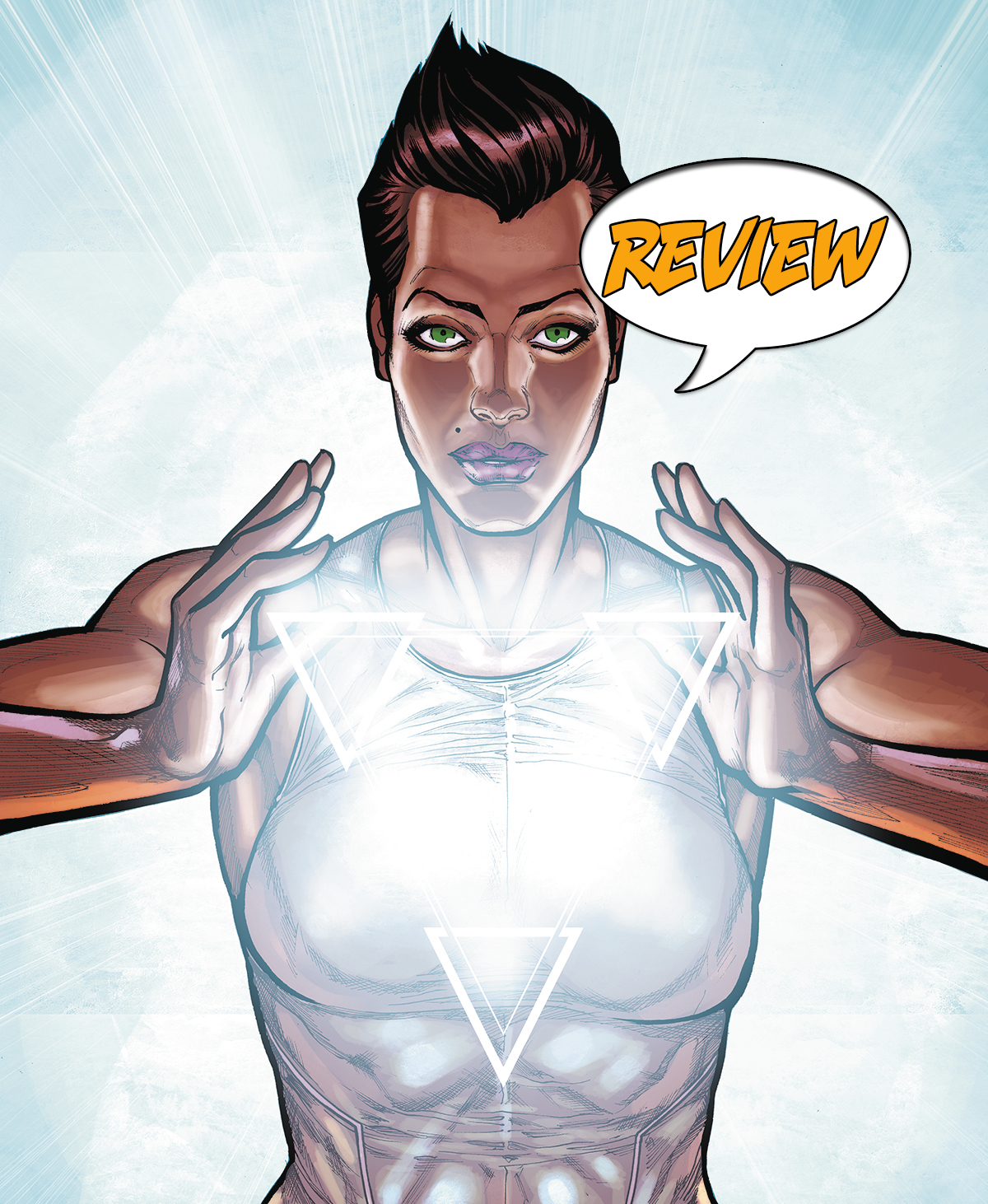 The conclusion to Triage #5 is finally here! Join Phillip Sevy as he tells the trio of Elvie, Marco, and Orbit in their fight against The Hunter. Victories come at a cost. Come check out the Major Spoilers Review of Triage #5 by Dark Horse Comics. Previously on Triage: Marco, Orbit, Tabitha, and Elvie have been dealing with the multidimensional enemy known as the Hunter who has tracked them across multiple realities. Marco, Orbit, and Elvie are in fact that same person from different places in the multiverse and Hunter seems to be able to track them no matter where they go. Finding themselves on the Sanctuary space station; they prepare for the final confrontation.

The plan is simple. Our four heroes are going to set a trap for The Hunter by bringing it into the engine room. Marco can rally the troops and trick the Hunter by playing on its blind spots and once in the Engine Room; Orbit can put her powers to the max to defeat the Hunter. As they approach the people on Sanctuary to fight back, Elvie realizes her role in this encounter. As the Hunter gets a clean killing hit on Elvie, her role is to be the sacrifice and be the binding agent for the team. Through this tragic incident, Orbit gets the strength and resolve to finally defeat The Hunter; though at the destruction of one of her arms. The epilogue features the survivors trying to handle the grief of Elvie’s sacrifice, dealing with the implications of the Hunter’s true identity, and the rebuilding of a culture. The last panel features a surprise that could potentially lead to future stories.

Throughout the whole book, there has been a constant symbolism of a triangle and the need for all three points to be working together to gain strength. Elvie spent the series trying to deem that she is worthy of Tabitha and her place next to a military leader and a superhero. Her confidence shines in these issues. The realization of her place in the triangle, the way she delivers her plan, and her perishing is amazing and touching. With one third of their triangle destroyed, will this group develop the strength they need to continue on? Is the memory of Elvie’s sacrifice good enough to meet that symbolism?

This particular issue emphasizes birth and death and I’ll have to reread the trade when it comes out to see how critical that idea was in the previous issues. This theme stood out for me when one of the people in Sanctuary mentioned that he was ready to die. Marco immediately dissuades that thought. No more dying. In storytelling, I like to think of macro ideas like themes and plot that are supported by micro moments. This was a beautiful example of a micro moment that shows characterization of a character and supports the overarching theme. This is great attention to detail and shows Phillip Sevy’s passion for the project.

I would also be remiss to not mention the art. I am not an illustrator and often I lack the proper terminology to give a critique. The scene that stood out to be was when we hit a brief flashback of Elvie learning that his mother has cancer and there is this scene of her just sitting on the bed on her phone. Immediately after that, we see Tabitha and Elvie having their final kiss. The change of emotion is so dramatic and draws me in. I applaud the creative use of color, shading, and facial expression to contribute to the story.

BOTTOM LINE: ELVIE IS MY HERO

I loved the work here in Phillip Sevy’s creation. The story had a classic comic feel but caught me pleasantly off guard with key critical moments. This ending was amazing and the ending felt earned and deserved. I believe the characters and I loved the ideas. And for me, this was the strongest issue in the series. This issue had amazing writing and the art had amazing moments. 4.5 out of 5 stars for Triage #5 by Phillip Sevy and Dark Horse Comics.

In storytelling, I like to think of macro ideas like themes and plot that are supported by micro moments. This was a beautiful example of a micro moment that shows characterization of a character and supports the overarching theme. This is great attention to detail and shows Phillip Sevy’s passion for the project.