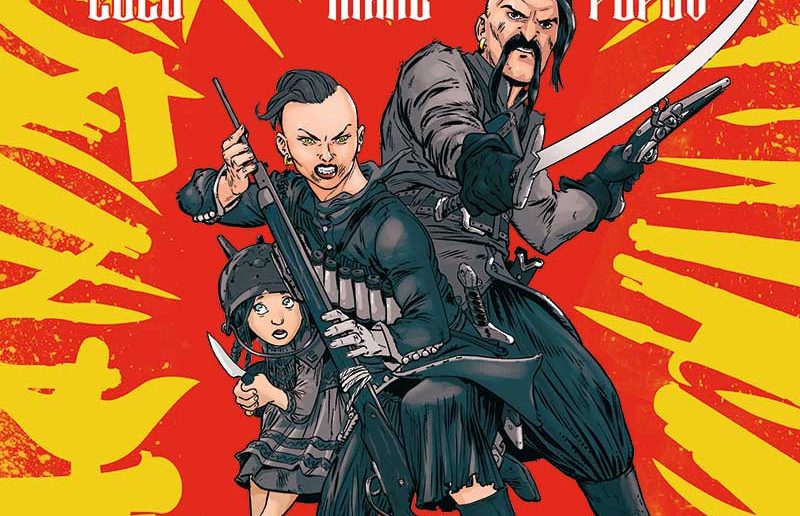 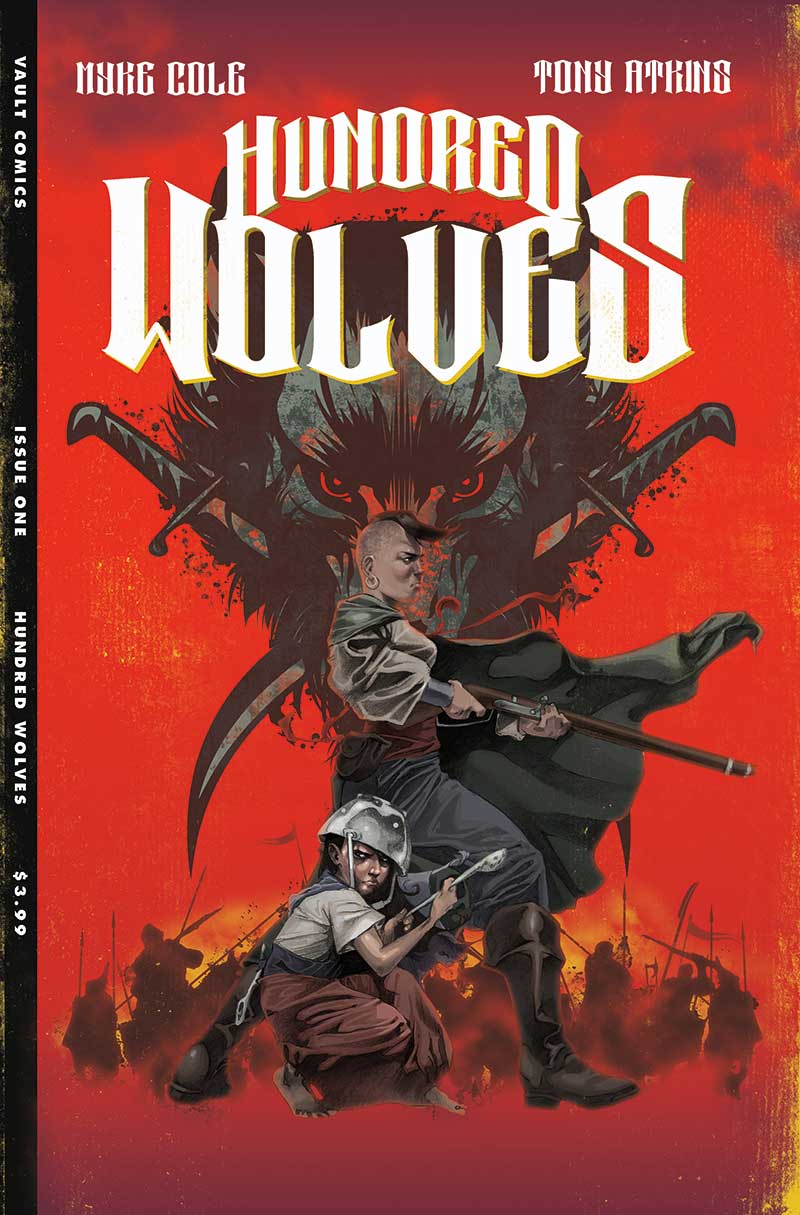 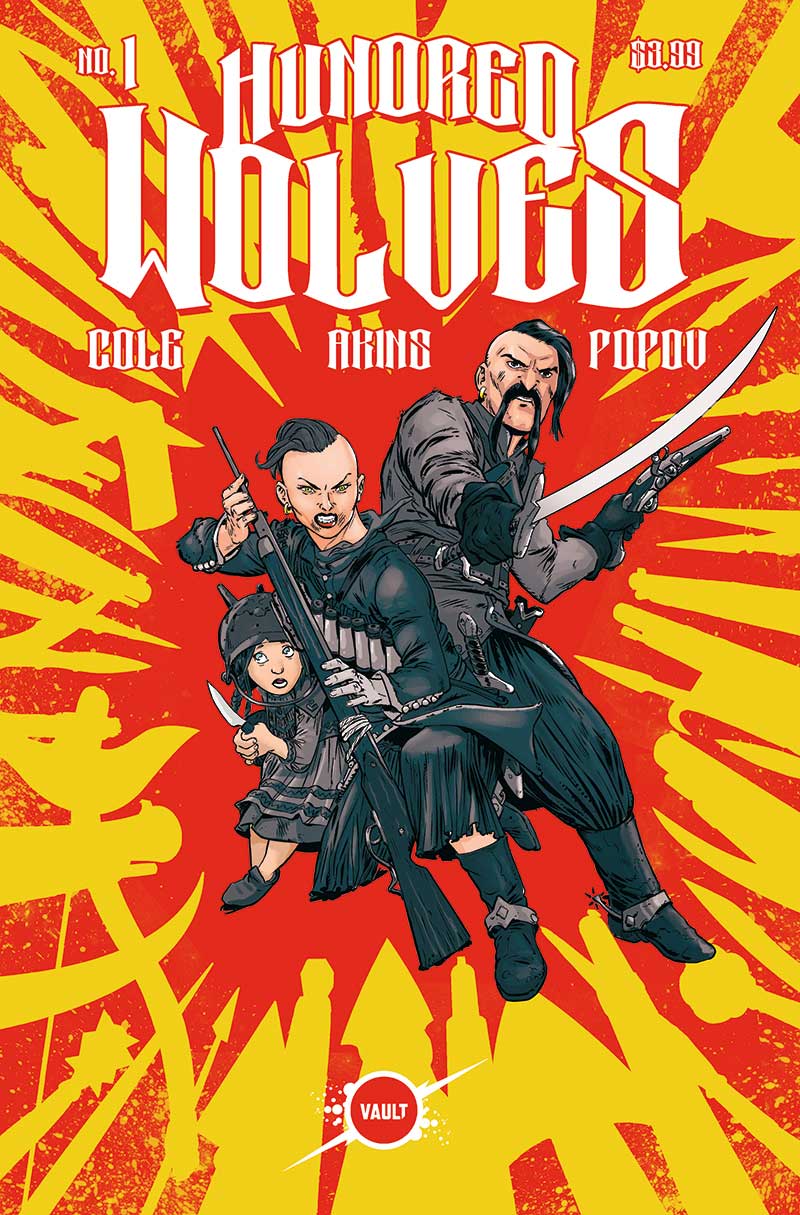 HUNDRED WOLVES is set during the Siege of Vienna in 1683. Andrei and Oksana have left the Cossack band to raise their daughter on a farm they hold from the noble Count Ostoja, but the raiding life isn’t done with them. Both the Hundred Wolves and the couple’s new liege lord wish to employ their deadly skills—and neither will take no for an answer.

“The Siege of Vienna in 1683 is one of the most dramatic, visually arresting, and movie-ready stories in the history of warfare,” said Myke Cole. “It arguably decided the future of the European and Turkish worlds both. And almost nobody has even heard of it.”

“I only discovered it by chance (being a historian, I chase these things) and was immediately electrified,” added Cole. “It is such an amazing story, a heroic defense in the face of arguably hopeless odds and a stirring, last-minute rescue from an unexpected quarter. I wanted to tell it to the world.”

“As a historian, I can convey the drama in text, but no words can properly convey the sheer visual splendor – the tossing wings of the Polish knights, the fluttering white hoods of the Turkish janissaries, the sparking kick of matchlock muskets sounding the death knell of the mounted knight and heralding the dawn of modern warfare. And above all, the pluck and swagger of the Cossacks, with their punk-rock haircuts, flashing sabers, and belly-laughing defiance of imperial authority,” said Cole.

“The HUNDRED WOLVES pitch document landed right where it needed to land: my lap,” added Tony Akins.” I’ll just say it was kind of like a mix of romance and inspiration, my initial reaction to the story and setting. It had everything, and it was heavily based in history, and I love histories. So yeah, I’m that brother from the South Side of Chicago who’s drawing a story about a family in 17th Century Ukraine who are caught between a rock and a hard place. That translates to some of my own experiences as an American, and particularly as an African-American.”

The full synopsis of HUNDRED WOLVES can be found below:

“The Hundred Wolves are bloody-handed terrors of the steppe. Andrei and Oksana have left the Cossack band to raise their daughter on a farm they hold from the noble Count Ostoja, but the raiding life isn’t done with them. Both the Hundred Wolves and the couple’s new liege lord wish to employ their deadly skills—and neither will take no for an answer. From celebrated author Myke Cole (The Sacred Throne Trilogy, The Shadow Ops Trilogy) and venerable artist Tony Akins (Fables, Hellblazer, Wonder Woman) comes a story of war and family, blending historical fiction with a touch of fantasy.” 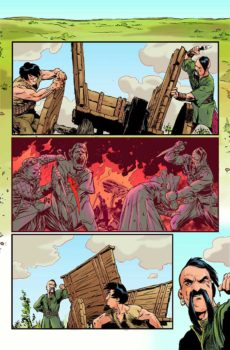 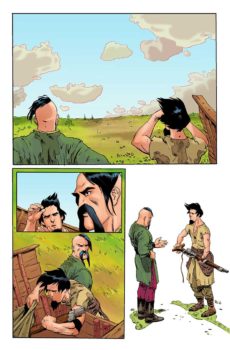 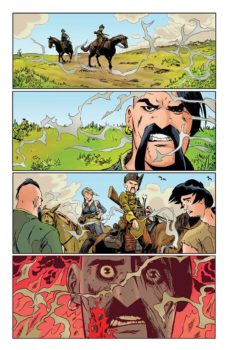 ABOUT MYKE COLE:
Myke Cole is an award-winning novelist best known for The Sacred Throne Trilogy and The Shadow Ops Trilogy. As a security contractor, government civilian and military officer, Myke Cole’s career has run the gamut from Counterterrorism to Cyber Warfare to Federal Law Enforcement. He’s done three tours in Iraq and was recalled to serve during the Deepwater Horizon oil spill.  He recently joined the cast of Hunted on CBS as part of an elite team of fugitive hunters.

ABOUT TONY AKINS:
Tony Akins is an American comic book artist, known for working on several DC/Vertigo Fables-related titles. He was born in Chicago as the son of pioneering African-American cartoonist Douglas Akins. He is largely a self-taught artist, and one of the founding members of the “statiCCreeps”, a group of artists that introduced manga-inspired artwork to mainstream US comic books in the 1980s and 1990s. Among his work from this period is Comico’s Red Dragon and Elementals.

He later worked for NOW Comics (Terminator, Rust) and First Publishing (Mundan’s Bar, Nexus). He drew for Dark Horse titles like Aliens: Colonial Marines and Star Wars: Tales of the Jedi, as well as the adaptation of the Andrew Vachss play Warlord. His art has appeared in several issues of DC/Vertigo’s Fables, and Akins was also the original pencil artist on Jack of Fables in 2006. He has also drawn DC’s Hellblazer: Papa Midnite and Wonder Woman, and Image Comics’ Manifest Destiny.