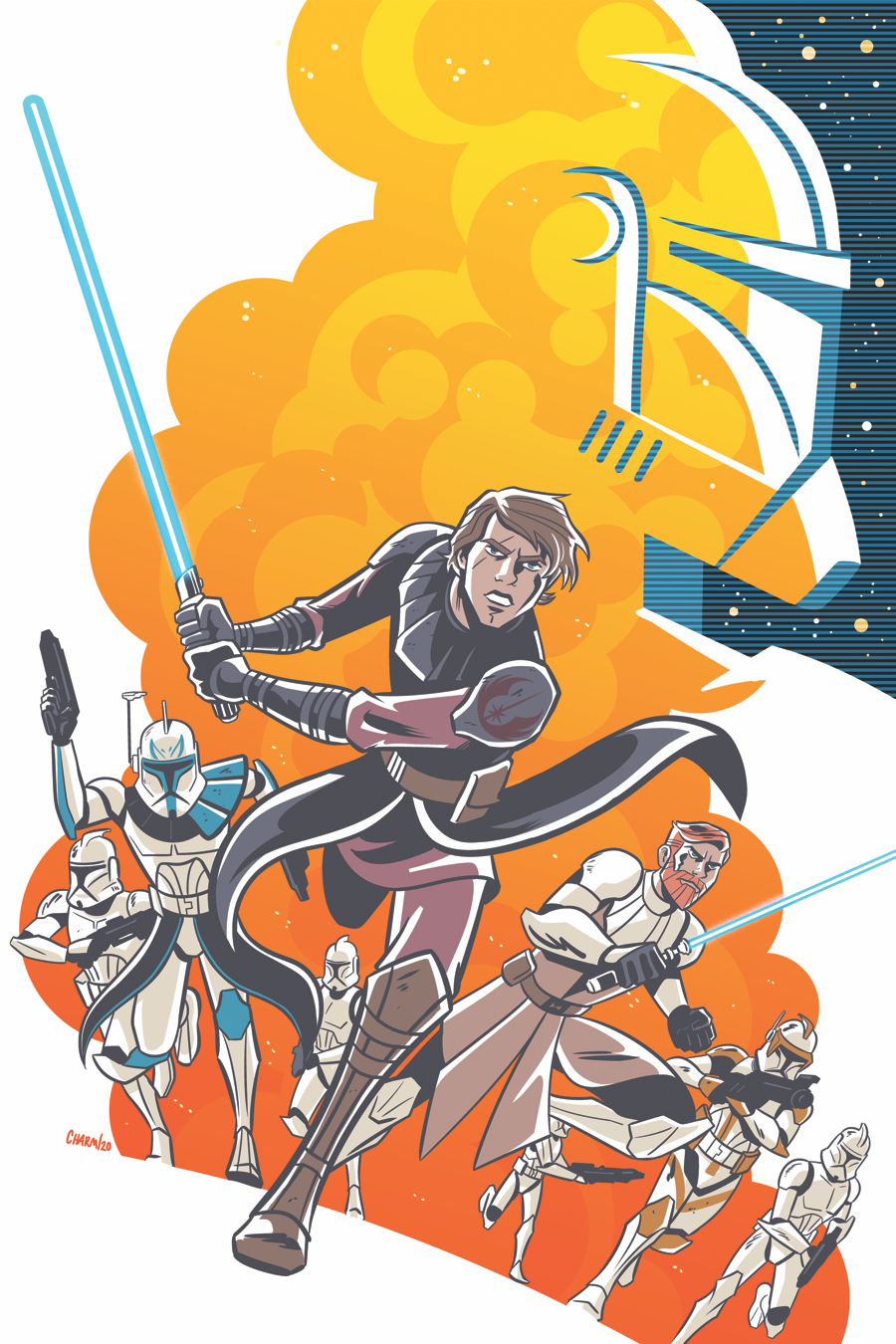 IDW Publishing is set to return to a galaxy far, far away with Star Wars Adventures: The Clone Wars – Battle Tales a new weekly mini-series launching in April 2020. While Obi-Wan Kenobi, Anakin Skywalker, and other Jedi Knights fight against incredible odds, Commander Cody, Captain Rex, and other clone troopers are pinned down for the duration, swapping war stories that feature favorite characters from The Clone Wars animated series, such as Padmé Amidala, General Grievous, and many more!

“This era of Star Wars feels so expansive and open as far as storytelling possibilities, so I’m really excited to be able to spend a good amount of time in it,” says Charm in a press release from IDW Publishing. “I’m really looking forward to finally working with Michael Moreci, as well! We’ve sort of been orbiting each other in the monthly Star Wars Adventures book for a while, but this will be our first time working together. We’ve talked about some of the things he has planned for this series, and it’s going to be pretty great.”

With the final season of Clone Wars arriving on Disney+, this series might just be the best companion series for the show.