Stiefvater is the award-winning author of critically acclaimed and bestselling YA fantasy novels The Scorpio Races, the Raven Cycle series, and All the Crooked Saints, among many others. Swamp Thing: Twin Branches marks Steivfater’s first work with DC. The plot follows teenager Alec Holland—a socially awkward outcast with a love of botany—as he navigates his final summer before starting college, wishing to be seen and accepted for who he is by his peers and—most importantly—by his popular twin brother, Walker.

“We live in a world of increasing connectivity and increasing disconnect,” said Stiefvater. “It’s easier than ever to meet someone with shared interests, which makes it harder to realize that just because someone looks just like you, they may see the world in a completely different way. Nature and humanity, though, have always had this difficult and fascinating relationship, equal parts longing and logic and misunderstanding and projection, and I thought a reinvention of Swamp Thing would be an incredibly satisfying way to explore how hard complex relationships are as we learn who we are and what we need.”­­

Beem is an acclaimed comic book artist whose past works include Adventure Time and The Family Trade, among others.

“Working with Maggie was awesome,” said Beem. “She is such a charismatic, witty, and passionate human and writer. I am so excited about this book we have created together, along with the rest of our amazing team! For the art, I wanted to showcase something that really showed the full range of our character’s feelings and struggles as a young human, and at the same time had a creepy, monstrous underbelly. I wanted our creature to be as much nightmarish monster as young person striving to find their place.”

Stiefvater added, “It was fun to see Morgan’s art grow wilder and more unsettling as the story desperately dug into the dirt and reached for the sun.”

Swamp Thing: Twin Branches is now available to pre-order and will hit stores and online retailers everywhere books are sold on October 13, 2020. See below for the official synopsis.

The #1 New York Times bestselling author Maggie Stiefvater (the Raven Cycle series) and artist Morgan Beem unearth the primal power of memory and how it twists the bond between two brothers.

Twins Alec and Walker Holland have a reputation around town. One is quiet and the other is the life of any party, but they are inseparable. For their last summer before college, the two leave the city to live with their rural cousins, where they find that the swamp holds far darker depths than they could have imagined.

While Walker carves their names into the new social scene, Alec recedes into a summer school laboratory, because he brought something from home on their trip—it’s an experiment that will soon consume him. This season, both brothers must confront truths ancient and familial, and as their lives diverge, tensions increase and dormant memories claw to the surface.

Swamp Thing: Twin Branches is a story of shadows literal and imagined—and those that take form and haunt us. 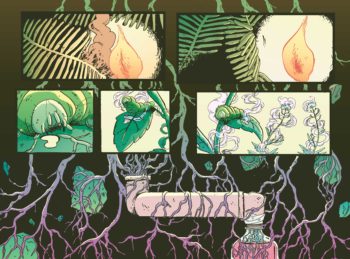 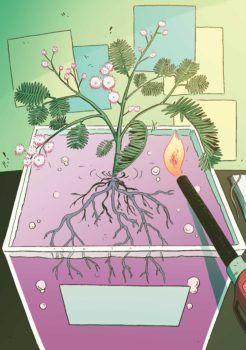 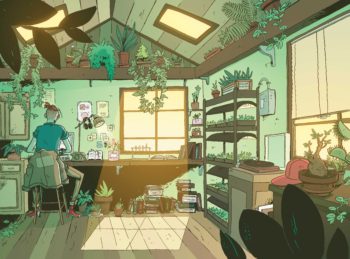 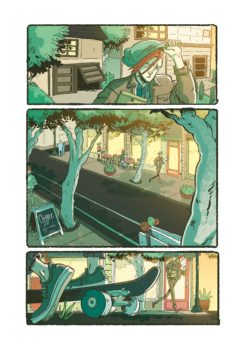 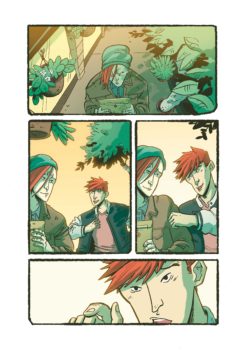 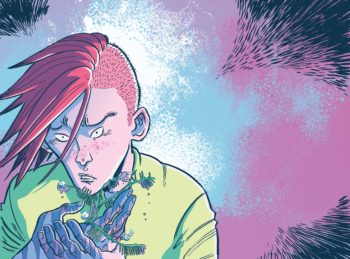 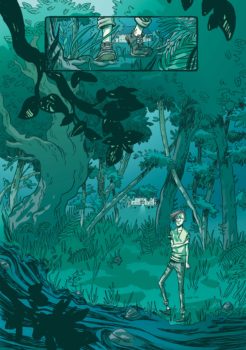 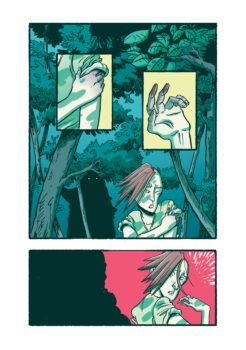 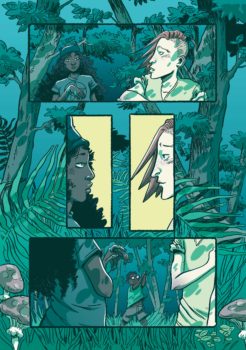 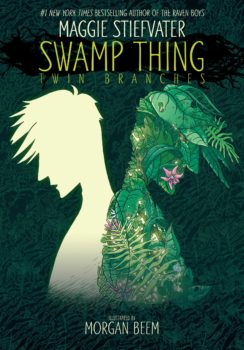 About Maggie Stiefvater
Maggie Stiefvater is the #1 New York Times bestselling author of the novels Shiver, Linger, Forever, and Sinner. Her novel The Scorpio Races was named a Michael L. Printz Honor Book by the American Library Association. The first book in the Raven Cycle, The Raven Boys, was a Publishers Weekly Best Book of the Year and the second book, The Dream Thieves, was an ALA Best Book for Young Adults. The third book, Blue Lily, Lily Blue, received five starred reviews. The final book, The Raven King, received four. Her latest book is All the Crooked Saints, which became an instant #1 New York Times bestseller. She is also an artist and musician. She lives in Virginia with her husband and their two children. You can visit her online at maggiestiefvater.com.

About Morgan Beem:
Morgan Beem is a freelance artist working predominately in comics and illustration. Beem’s past comics credits include Adventure Time, and The Family Trade, among others. She has worked with some of the biggest comics publishers in the industry including DC, Boom! Studios and Image Comics.

About DC
DC is one of the largest English-language publishers of comics and graphic novels in the world and home to some of the most iconic and recognizable characters ever created. As a creative unit of WarnerMedia, DC is charged with strategically integrating its stories and characters across film, television, consumer products, home entertainment, interactive games, and the DC UNIVERSE subscription streaming service. For more information, visit dccomics.com.