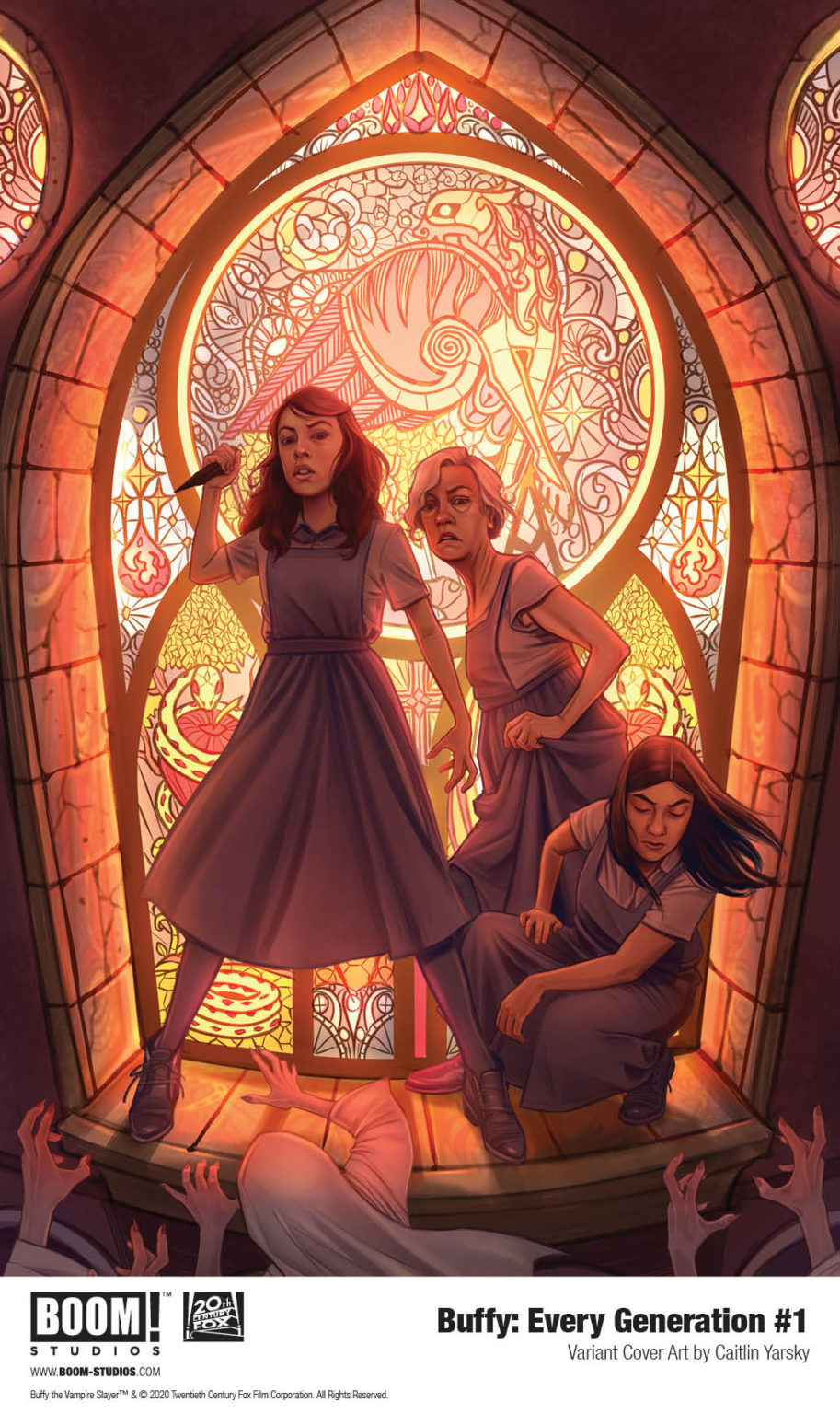 Anew character appears in Buffy the Vampire Slayer: Every Generation

BOOM! Studios is set to release Buffy: Every Generation in April 2020. The oversized one-shot features three stories, including the first appearance of a new character that will blow your mind. Discover the secret origins of some of the most important Slayers in history and the first appearance of a new character with a familiar face who will change the way you look at Buffy Summers and everything about her world forever! This is the Buffy comic that everyone will be talking about and the most important new character in over twenty years!

“Just when you think you know everything about the Chosen One, a brand new character shows up to turn the whole universe on its head ,” said Jeanine Schaefer, Executive Editor, BOOM! Studios in a press release. “Buffy’s been through the Hellmouth, fought alongside Angel, been replaced by Kendra, and now has to deal with the backlash in Ring of Fire but all of that is nothing compared to what comes next for the Slayer and everyone else in the Buffyverse. Hold onto your seats because this special will… BLOW. YOUR. MIND!”