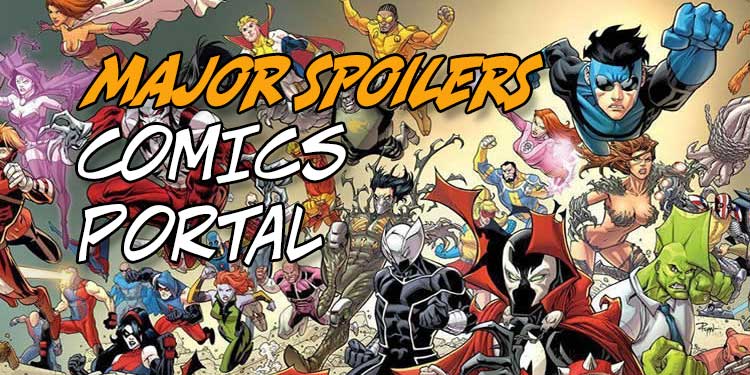 COMICS PORTAL: Too Many Comics?

I was reading a recent interview with Image Comics Publisher Eric Stephenson about the “state of the industry” as he sees it, a topic I’m always interested in. Some of what he said infuriated me. Other comments I had to agree with. Stephenson commented on local comics shops and what they’re doing.

“Comic book stores can’t keep up with ordering them, there’s just too much to keep track of, and if a specialty market catering to this specific type of content is overwhelmed by the amount of books being published, that’s definitely going to be an issue for other sales channels,” Stephenson said. “Worse, it’s going to trickle down to readers – because at $4 and $5 an issue, that limits the number of comics someone can reasonably afford within a single month. Or every month.”

I agree with that, by the way.

He made the point that publishers could curate their content better instead of flooding the market with books that might not have an actual audience. Even Image was launching fewer books, he said, and is planning to keep that going into 2020.

Interestingly, he singled out one particular genre: Science fiction. He felt there is too much of it. I think it’s the opposite, and I wonder what Vault Comics, who’s focus is on sci-fi and related genres, would think of that.

He summed up his comments by saying that prudence should be exercised when publishing comics. He feels that would benefit the industry, creators, and fans.

SO, HOW DOES THE INDUSTRY DEAL WITH THIS? I found it curious that Image, who is the premiere comics producer according to several stores I know of, says that too many books are being made. Yes, he says they are cutting back on the volume of comics they are producing, but I’d like to know more about how those cuts were made. He gives an example of one book that was pitched by a “name” creator that they eventually passed on. That was done because “it didn’t seem like it would have a wide audience.” Is that the only criteria the industry should follow when deciding what to publish? Sales numbers?

What infuriates me about this is that the industry hasn’t always done a good job picking and choosing what will sell well and what won’t. Some books that companies have high expectations for have collapsed and burned while others they think will sell poorly catch fire and sell through the roof.

Following that guideline, it seems like superheroes should be the ONLY genre being sold today. They sell better than many other genres combined. However, I’m sure Image wouldn’t go for that because Marvel and DC own the market in that realm.

It’s also an interesting time to make these comments because Indie books continue to be on the rise, seems to me. Some of the most creative series’ out today are small press/independent comics, in my opinion. I’ve heard that Kickstarter has been considered the second-biggest publisher of comics, after Marvel.

This just feels to me like an attempt by one of the “big” publishers to eliminate Indie comics or others trying to capture some of the market. Honestly, I applaud LCS’s that support these books and take the time to tell their customers about them.

If we eliminate the small press and Indie books, where would Marvel and other bigger companies get their future writers and artists from? Hmmm?

WAS THIS A SWIPE AT MARVEL?

I’ve recently noticed that I’m not the only person commenting on the fact that the House of Ideas is giving many of their lower-tier characters their own series’. Personally, I don’t think Gwen Stacy or Nebula deserve their own titles, but there are collectors amongst us who buy boatloads of #1’s. Some feel they could make a killing if a title actually takes off. More often than not, they have boxes full of comics that they will never even recoup what they spent on them.

I’m sure Image would prefer it if Marvel made less product to crowd out some of their titles when it comes to shelf space. I know several LCS’s who have cut back drastically on other publishers’ books to make sure Marvel gets room for every issue they produce. If Marvel were to slow down, that might leave space for more of what Image publishes. And maybe other comics companies would agree with that as well. I continue to have a huge problem with how Diamond does things. They act as a “gatekeeper” when it comes to books that are submitted to them for inclusion in their Previews monthly book. If you submit a superhero book, for example, and it’s not under the banner of a “known” publisher, they’ll reject it out of hand. We’ve often missed out on some great stories that way, I believe.

See, there are a lot of great Indie books out there, and I wish I someone smarter than me would come up with a way to get the word out about them and make ordering them easier. I’ve talked with one creator who wanted to make their own version of an “Indie Previews” catalog that would come out regularly so people could order from it. The bad news is that many LCS’s want to keep it simple, so they only order from Previews. More than that is more work, I’ve heard them say, and they’re already too busy (as Image points out).

I recently went to a comics shop not too far from where I live, and the owner made an interesting comment. He referred to another store as “the Indie shop,” and it wasn’t far from his. He didn’t stock many Indie books because he needed the space he had for Marvel, etc. I have to get to that store sometime soon and check it out.

Is that a way we ought to proceed? Maybe have in each community an Indie shop that would be where fans could go to get the more eclectic comics they want? I just don’t know if that’s financially feasible in this era when so many stores disappear without notice.

When it comes to how things should continue, I have a lot of faith in the “pull” system. You know, you fill out a “pull” list for your LCS to use when ordering each month and for distributing when new product comes out.

Great comics shops know their customers. I’ve often pointed out that the owner at my local shop ordered a Batman: The Animated Series statue because she knew I’d want it even though I hadn’t ordered it. She was right, and I have that right in front of me as I’m writing this. Now, she hasn’t always been able to order what I want, and I try very hard to let her know what I want and why I want it to help her order more efficiently. But that’s how the best stores in the business run. They get to know their customers, then sell them what they want.

Also, it’s helpful to get to know what comics shops are in your area. In case something doesn’t arrive at your main LCS, you can check in with them and see if they got them. I searched high and low for a Batman statue I wanted but hadn’t told my LCS about. I finally found it in only one store locally, then rushed to buy it. I do a better job of keeping my LCS informed now, but in case of an emergency, I have a good idea who might order what I’m looking for.

I think that it’s important to support quality in comics, no matter who produces it. That’s why, when I go to comic cons these days, I spend my money on what I believe will be great Indie books as well as other good stories instead of action figures (nothing against them). Any attempt to limit or remove those comics gets my blood boiling. I’ve missed so many great stories already! I don’t want to miss any more, if I can help it!

What do you think? Should fewer comics be produced today? How should decisions get made about which books hit the stands? How should the industry make it easier for shops to function well and survive? Please be sure to share your thoughts below!