The Gecco Corp has revealed its latest dinosaur statue in the Dinomation line. Created by RYO, this dino is reminiscent of classic stop-motion animation styles.

Since their discovery Dinosaurs have been portrayed in many different ways. With every new discovery and artist imagination, the look of the dinosaurs changed. Extensive research and new evidence have locked down the anatomy of certain dinosaur species.

In this statue series, we capture the Dinosaurs in a retro style rather than an academic approach. Something that might appear in classic stop motion animation films. The series title, Dinomation, comes from combining the words “Dinosaur” and “Stop Motion Animation.”

RYO the sculptor, painter and creator of this series, captures a moment of dynamic movement with the Dinosaur frozen in time, cut from a film frame of an imaginary yet familiar fantasy film.

He captures the wildness and vitality of the creature through his traditional clay sculpt.

“Spinosaurus” a large predatory dinosaur, is the second release of the series. Since they are thought to have lived and hunted in water, the platform is recreated as a jungle water scene. 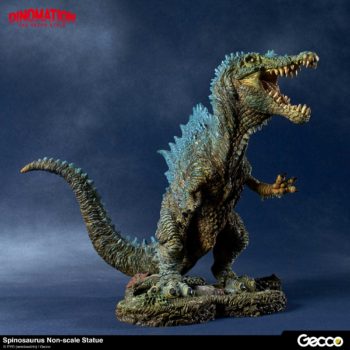 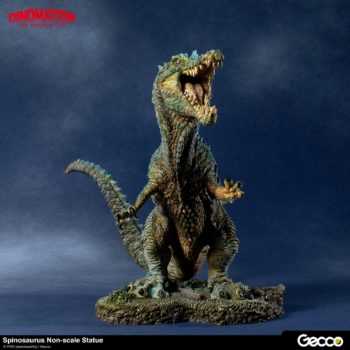 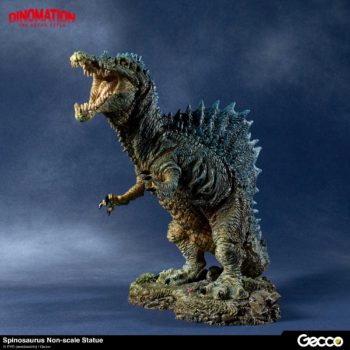 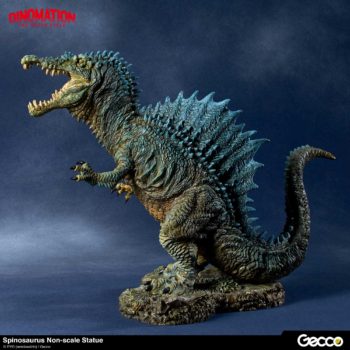 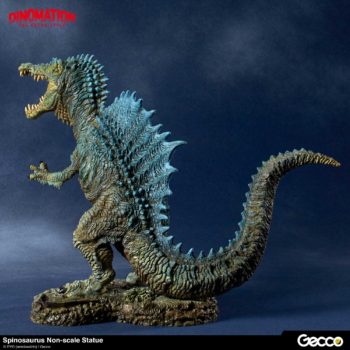 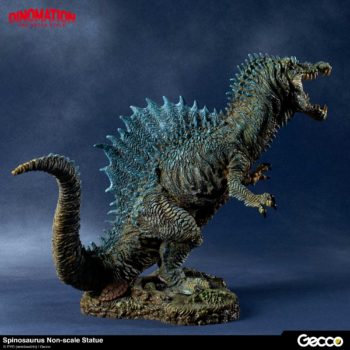 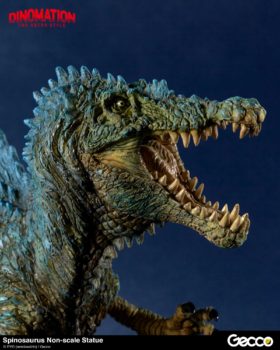 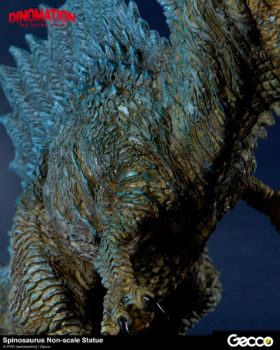 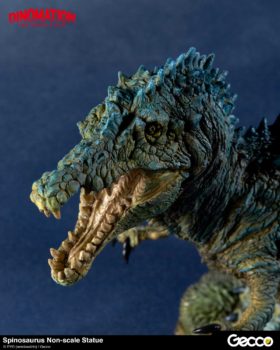 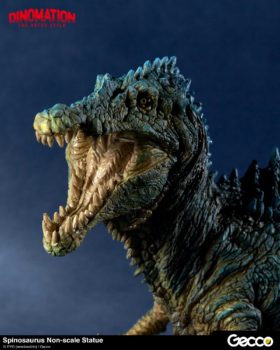 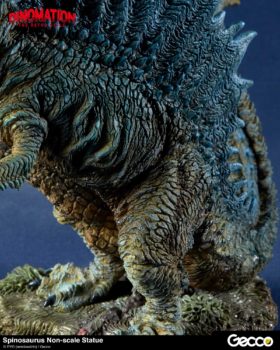 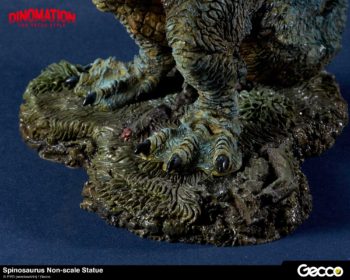 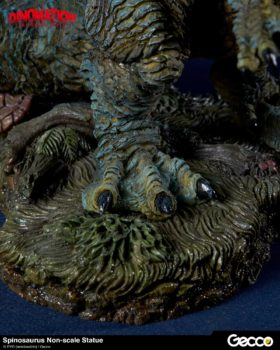 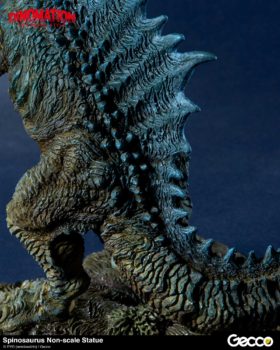 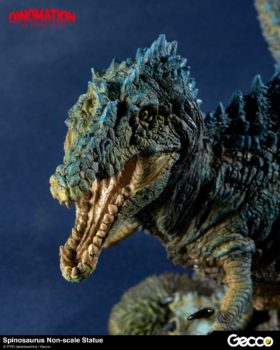 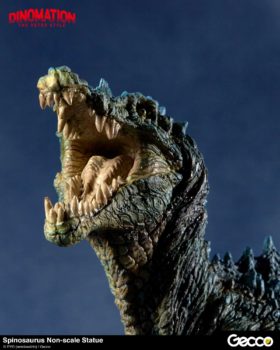 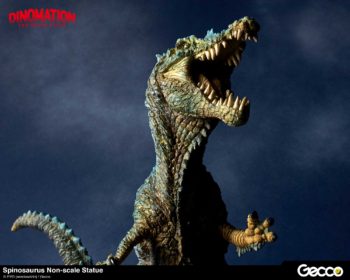 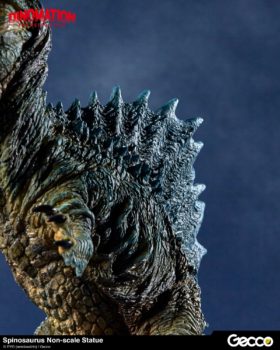 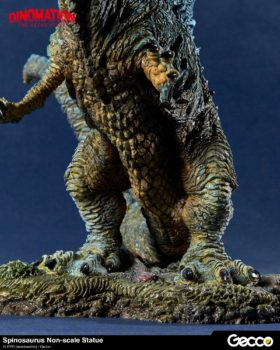 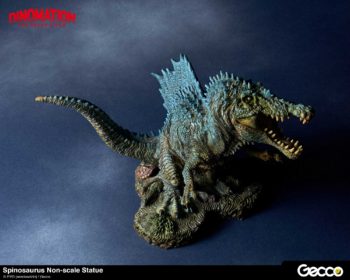 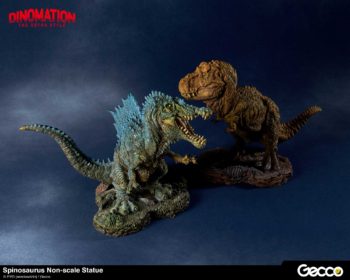