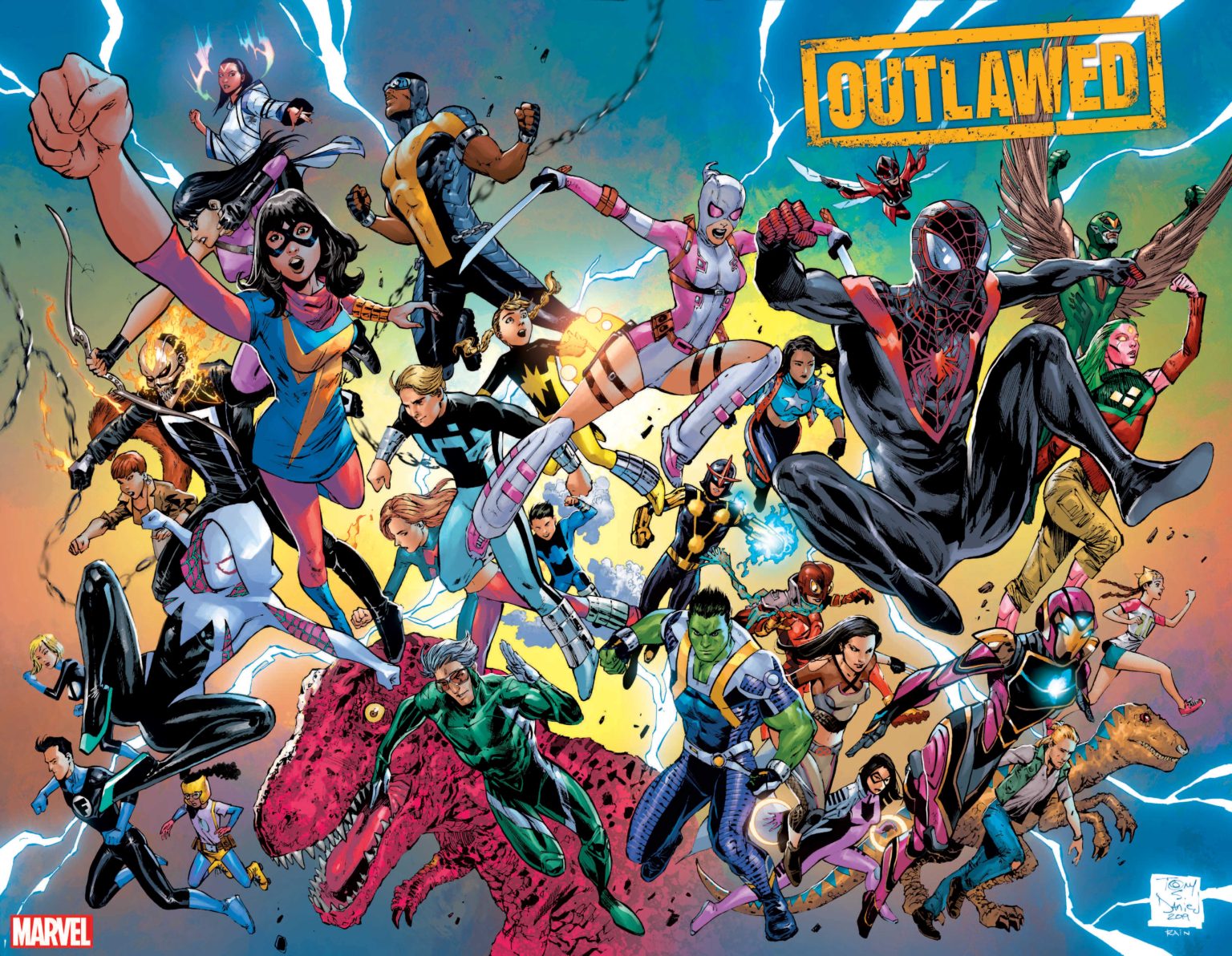 With the coming release of Outlawed, a new one-shot from Marvel Comics, the publisher has released the cover art from Tony Daniel. Coming in March, OUTLAWED will throw the lives of Marvel’s youngest heroes into chaos when a law is passed outlawing teenage vigilantes. You won’t want to miss it! For now, see a who’s who of the next generation of Marvel super heroes below in artist Tony Daniel’s epic wraparound variant cover!