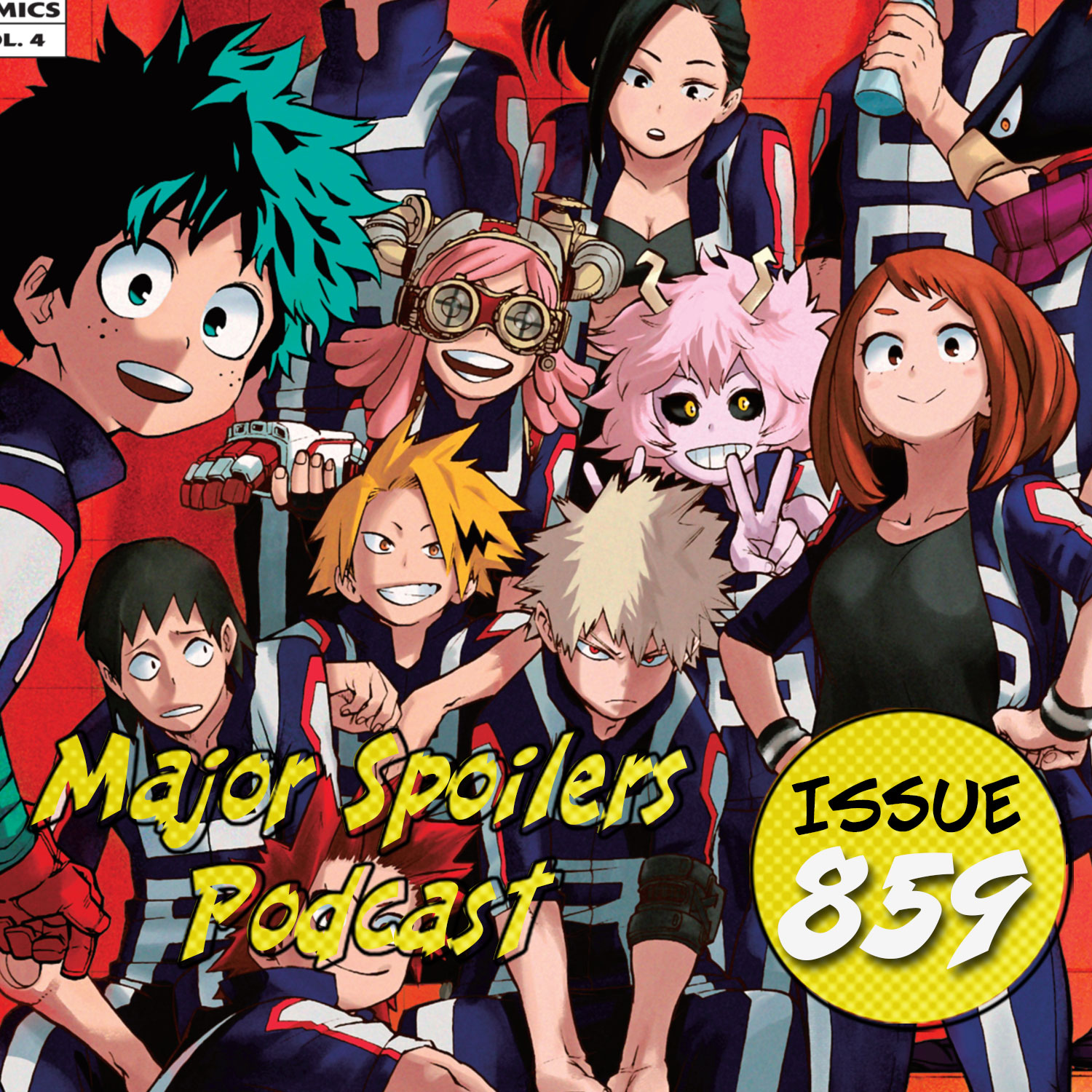 Major Spoilers Podcast #859: The Boy With Everything

The U.A. HIGH SCHOOL GAMES ARE HERE!  Plus, we review Joker/Harley: Criminal Sanity #2, Batman #86, Diana: Princess of the Amazons, and Dragon Age: Blue Wraith #1. Also, did you hear New Mutants is coming?

20th Century Fox in association with Marvel Entertainment presents “The New Mutants,” an original horror thriller set in an isolated hospital where a group o…

STEPHEN
BATMAN #86
Writer: James Tynion IV
Artist: Danny Miki
Publisher: DC Comics
Cover Price: $3.99
Release Date: January 8, 2020
It’s a new day in Gotham City, but not the same old Batman. With Bane vanquished and one of his longtime allies gone, Batman has to start picking up the pieces and stepping up his game. Batman has a new plan for Gotham City, but he’s not the only one. Deathstroke has returned as well, under a mysterious new contract that could change everything.
Beginning a whole new chapter in the life of the Dark Knight, the epic art team of Tony S. Daniel and Danny Miki are joined by new series writer James Tynion IV!

Jim Gordon and the GCPD have turned to profiler Harley Quinn for assistance. She’s intrigued by the level of care and detail this new, depraved serial killer is putting into his crime scenes; there must be clues to his pathology in his artful staging. His level of meticulous preparation is unusual, but will it lead to or help delay his capture?

ASHLEY
Diana: Princess of the Amazons
Writer: Shannon Hale, Dean Hale
Artist: Victoria Ying
Publisher: DC Comics (DC Kids)
Cover Price: $9.99
Release Date: January 7, 2020
Eleven-year-old Diana leads an idyllic life on the island of Themyscira. Cut off from the rest of the world, she’s beginning to feel a little alone. Though she has a loving mother and many “aunties,” she is an only child. In fact, she’s the only child on the entire island! After an escapade goes wrong, Diana gets in trouble for not living up to the Amazonian standard. She just can’t seem to measure up no matter what she does. Every other person on the island is an adult proficient in their trade and mighty in body, while she is gangly, sometimes clumsy, and not particularly good at anything. She’s not Wonder Woman…yet, anyway. What Diana needs is a friend; someone her own age whom she can talk to. But when she decides to take matters into her own hands, she encounters the unexpected!

MY HERO ACADEMIA VOLUME 4: THE BOY WITH EVERYTHING
Writer: Kohei Horikoshi
Publisher: VIZ Media (USA)
Release Date: May 3, 2016
The U.A. High sports festival is a chance for the budding heroes to show their stuff and find a superhero mentor. The students have already struggled through a grueling preliminary round, but now they have to team up to prove they’re capable of moving on to the next stage. The whole country is watching, and so are the shadowy forces that attacked the academy…