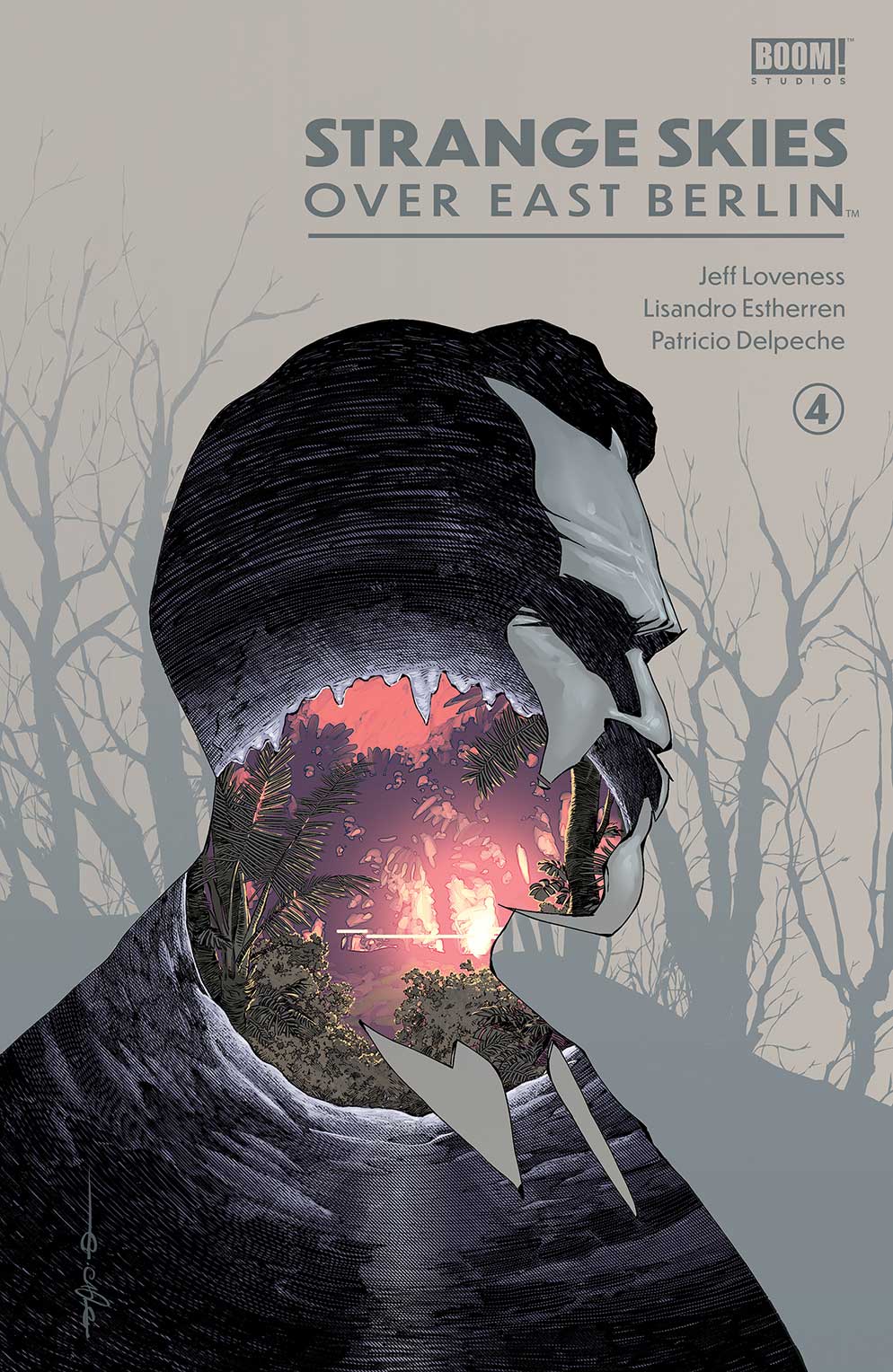 Strange Skies over East Berlin #4
Publisher: BOOM! Studios
Writer: Jeff Loveness
Artist: Lisandro Estherren
Colorist: Patricio Delpeche
Letterer: Steve Wands
Cover Artist: Evan Cagle
Price: $3.99
Synopsis: Herring has been running and spying for so long, it’s hard to tell the allies from the enemies. As the alien monster closes in on Herring, the mental attack forces him to come to terms with his past—and the truth about the government he works for.