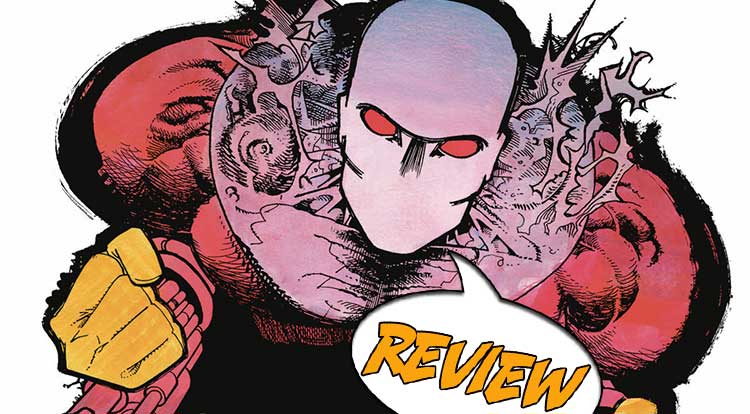 After a massive battle, it’s time to take stock in Copra #4, from Image Comics.  Head of Copra, Sonia, has to negotiate for her life with a disgruntled Copra operative, Lloyd.  A hero’s origin is revealed, and a magical ritual threatens Armageddon. Can Copra regroup and rise to the challenge?  Find out in our Major Spoilers review! Previously in Copra: After most of the original members of Copra are killed in a disastrous confrontation, team leader Sonia must regroup and rebuild the team.  Now, in the aftermath of a confrontation that saw the team gain revenge for past losses, it is a time to regroup and reorient for the struggle to come.

As incredible as it may seem, Copra creator Michel Fiffe is the sole contributor to Copra #, as he is with every previous issue.  To write, illustrate, color and letter a comic on a strict monthly issue is an amazing feat of talent and discipline.  It’s no wonder then, that Copra #4 feels very much like a chance for the creator, reader and characters to take a break from the action and take stock.

To that end we have team leader Sonia and operative Lloyd come to a tense agreement about his future employment status in Copra.  Back at HQ, Mr Rax sets out to memorialise dead team members, while in the infirmary, an injured Patrick and Changomend fences, but not to they can reconcile over their different opinion of Sega or Nintendo music.

The story is very much treading water, as a variety of characters talk to each other and come to something approaching a mutual understanding after the rigors of previous issues.  The centre of the story revolves around Guthie revealing her extra-dimensional origins, which nicely sets up the next phase of the series.  This is underscored by a magical summoning ritual that is depicted, as the participants summon an entity known as Ochizon, which is linked to Guthie.  Any possibility that the storyline is flagging is wiped out as Fiffe nicely sets up future issues.

I’m not sure whether it was the treading water nature of Copra #4 that put me off a little, or something else I can’t put my finger on.  The characters felt a little one note, and some of the dialogue didn’t hit the mark either.  The art, though is very good, and apparently Fiffe hand colors his pages, which speaks highly of his dedication to his art.  Some of the art feels very sketchy at times, with no background to speak of, and some of it, particularly the double page spread of the assembled team is excellently rendered.

Getting back to the writing, there is some shuttling around the different characters, to accomplish much the same thing.  There is a huge info-dump half way through, so either the book is getting extra readers requiring information to assist them catching up, or Fiffe doesn’t quite no how to deftly handle out how to dole information to the audience.  What all this means is that at times, Copra #4 feels the same for long stretches, and very stop start throughout the issue.

Looking at previous reviews and articles, it seems the real strength of the series is Fiffe’s action sequences and outre artwork, neither of which appear to any great degree in Copra #4.  In that sense, despite the info dump, Copra #4 may not quite be the jumping on point for readers it clearly intends itself to be.  All series need a moment to pause and take stock, but it feels that Copra #4 is missing something intangible that would make even these sequences essential reading.

Fiffe’s effort in single handedly creating each issue is to be commended.  It may be that taking on at least one other creative to share the burden could help improve the writing side, but the economics of that probably mean it is impossible.  All that said, Copra #4 is a fun issue, characterised by very good artwork and some interesting interactions between the members of the depleted Copra team.

An issue where the team takes stock of what happened in the previous issue, as those who died are mourned, and effort is made to bind up the wounds both physical and mental of those who survived. In one sense a jumping on point for future issues, Copra #4 treads water to more or less good effect.