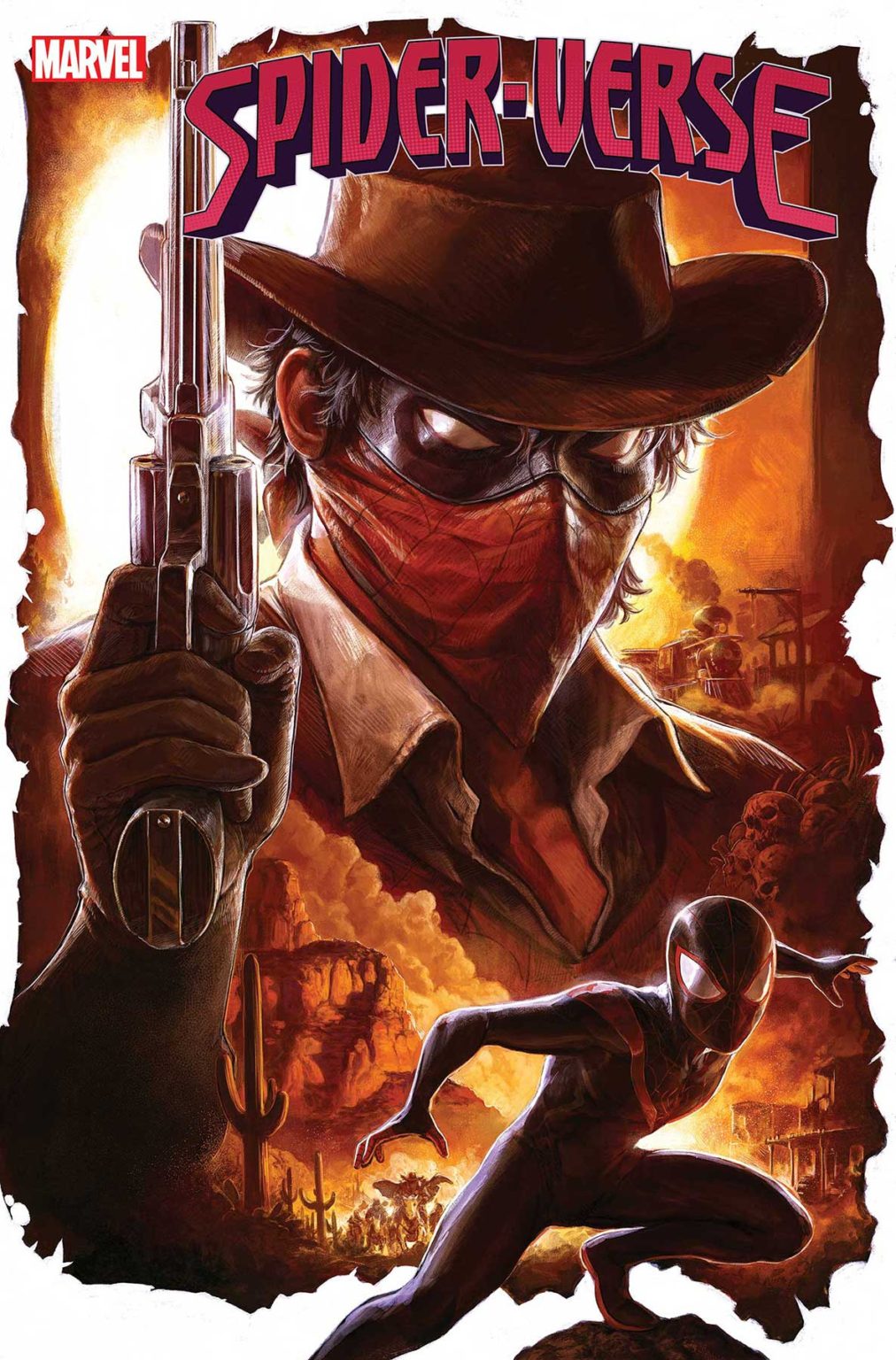 The Spider-Verse is headed to the wild west (but not the Wild Wild West), as writer Taran Killam and artist Juan Gedeon introduce Miles Morales to a whole new Spider-man.

Miles Morales’ explosive tour through the multiverse continues in SPIDER-VERSE #4! Each issue of this unforgettable adventure introduces new takes on Spider-Man for readers to fall in love with, and this time, it’s high noon as Taran Killam (star of ABC’s Single Parents, formerly of Saturday Night Live) takes readers to the wild, wild west! Making his Marvel Comics debut alongside artist Juan Gedeon (VENOM) and colorist Brian Reber (BLACK CAT), Killam spins a web of adventure that teams Miles up with the mysterious cowboy, Webslinger!

“I’m a lifelong Spider-Man fan. In fact, the email account I’ve had since I was twelve is a version of Spider-Man. (Who knew 57 people chose Spiddooomen@aol.com before me?),” said Killam in a press release from Marvel. “I also love a good western. So when the fine folks at Marvel (huge shoutout to Nick Lowe!) asked if I wanted to write a Spider-Verse issue featuring Webslinger, I said yes faster than a mustang in the eye of a cyclone. No, that most certainly is not a rejected line of dialogue from my script!!!!

“It is an unbelievable honor to contribute to the Spider-Verse that has thrilled and delighted me since my youth. It was more fun than I could have anticipated. I hope everyone enjoys this issue half as much as I enjoyed collaborating with Nick, Kathleen, Brian and Juan.”