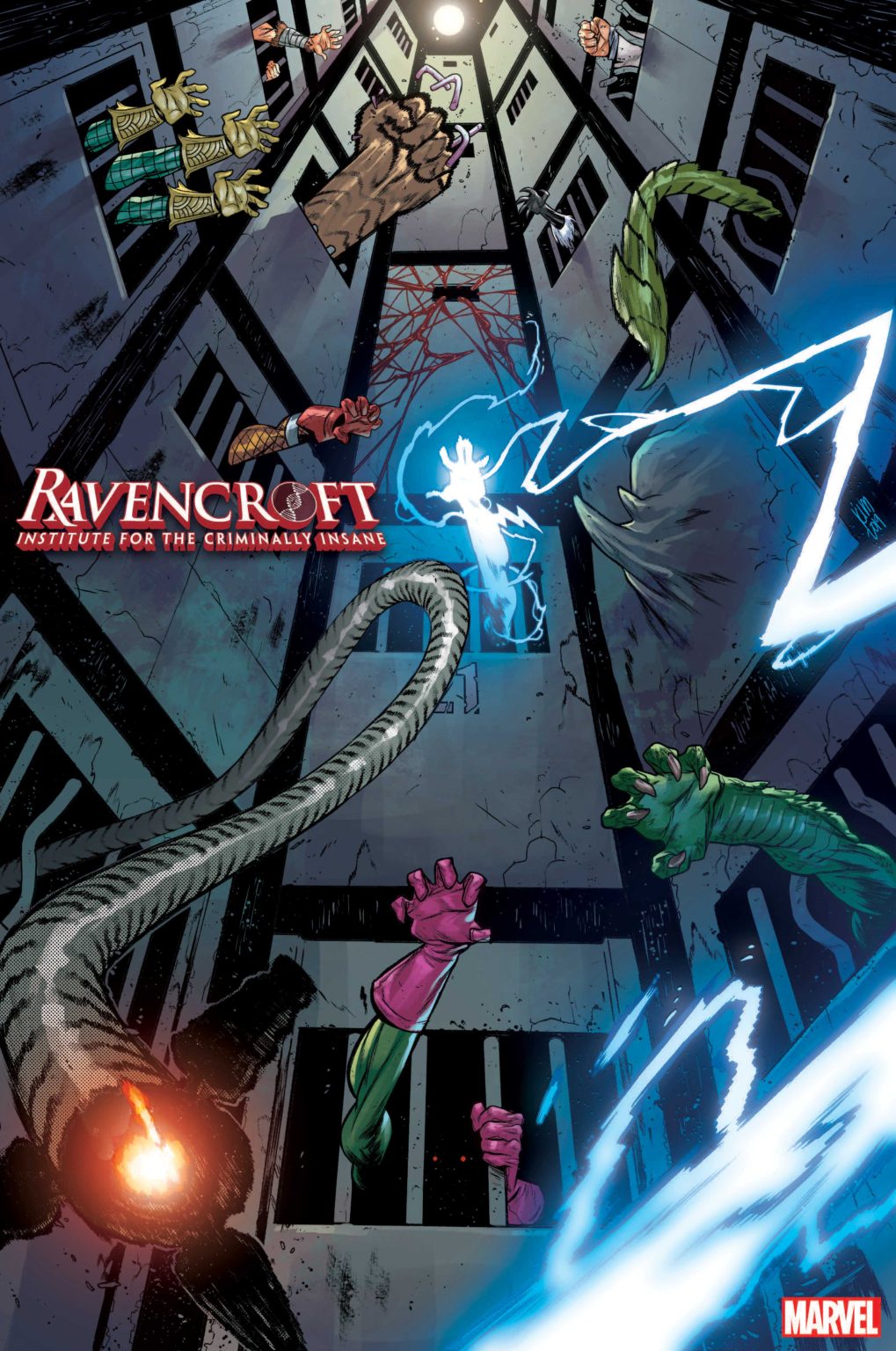 Where do you house the criminals of the Marvel U? For those that are insane, it is Ravencroft, and in January, you get to take a peek inside.

Destroyed during ABSOLUTE CARNAGE, Ravencroft: Institute for the Criminally Insane reopens its doors on January 29th in RAVENCROFT #1, and you’ll want to be there for all the dark secrets that are unearthed during this sinister tale… Writer Frank Tieri teams up with artist Angel Unzueta to bring the historic Marvel Universe asylum back to its terrifying glory!

“What we’ll learn in this event is that the original Ravencroft predates the one we know, that the very land itself that the site was built upon is soaked in blood,” said writer Frank Tieri at the 2019 New York Comic Con. “That there are connections to people, organizations, and events throughout Marvel history that were previously undisclosed. That in many cases, it can be said that Ravencroft is a site where evil was birthed in the Marvel U.”

Ravencroft is a five-issue mini-series that kicks off on January 29, 2020.