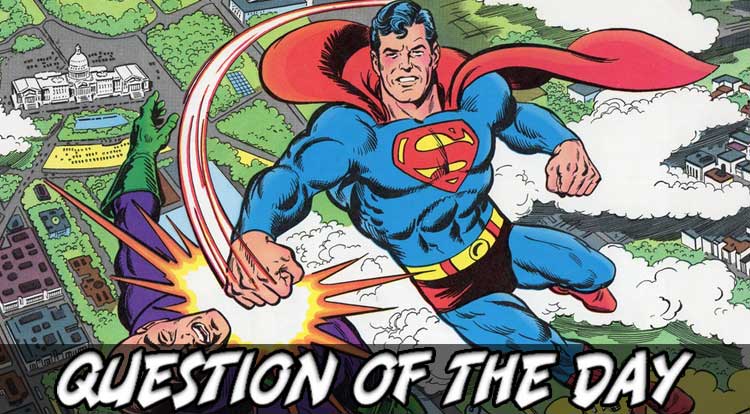 Recently, someone at DC/Warner Brothers was quoted as saying that Superman would be back on the big screen as soon as they could find a way to make him “relevant” again.  After years of depowering, repowering, costume shifts, dark and gritty adventures, weddings, revoked weddings and armor for some reason, Kal-El has had nearly everything but the kitchen sink thrown at him story-wise but creators always seem to return to the traditional Man of Steel.  While I appreciate what some people saw the Snyder movies, DCEU Superman doesn’t feel like the “real” deal to me, but instead a Superman filtered through the lens of someone who really loves Batman movies.  That’s perfectly fine, but modern stories have spent so much time addressing the question of updating Superman that the majority of the stories seems to be about his failures (moral, physical and otherwise), leading us to today’s strange query from a distant planet..

The MS-QOTD (pronounced, as always, “misquoted”) is so tired of the argument that having super-powers makes it impossible to create drama in a Superman story or that he’s “too powerful” to ever be interesting, asking: Do you agree that making Superman relevant is the big problem?