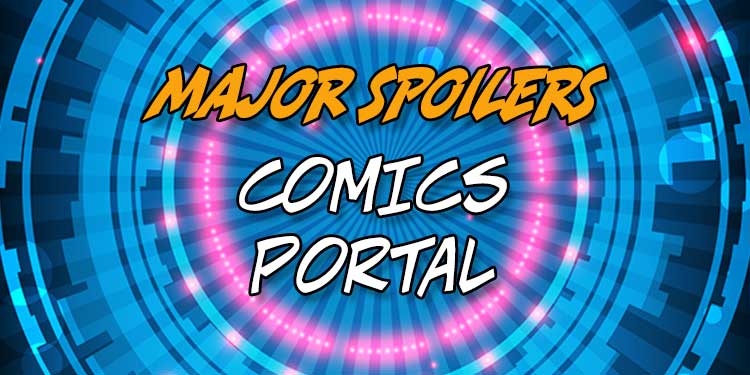 COMICS PORTAL: Looking Back to See Ahead to 2020

I always like to spend the last day or two of a year looking back at what happened, then taking a peek forward to consider what might take place.

Last year, I wrote a column where I talked about what I thought would take place in 2019. Some things I feel I did reasonably well with, while others—well, let’s just say I missed the target, to be kind. Let’s quickly see how I did!

I think I was close on many of these thoughts, but I think change is happening at a slower pace than many of us expected. Is that good or bad? We’ll see.

I want to talk about the House of Ideas.

I believe Marvel is duplicating what happened so long ago in the 1990s. They flooded the market with other versions of their established heroes, such as Thor and Thunder Strike, for example. It sure seemed to many fans (myself included) that they were trying to publish so many books that their devoted fans couldn’t even consider buying product from other companies, and that would eventually leave only them making comics.

It didn’t work out that way, though. Instead, many fans simply couldn’t keep up with all the books Marvel was releasing each month, so they cut the number of Marvel comics they bought each week way back, many people only picking up the characters they loved best. That left many fans with some extra money to spend, so they actually bought MORE books from other companies.

That situation didn’t last long, believe me. Many of the “new” titles quickly ceased, and Marvel did their best to get back to where they previously were.

Another thing that took place was that some fans simply left the industry behind, causing sales to drop significantly. Some stores just closed their doors. After all, if Marvel wasn’t selling, what hope did they have to attract people to buy the other books?

At least, that was my perspective, and several friends I know who were store owners and significant fans agreed with that assessment.

Now, it seems Marvel is up to their old tricks. However, instead of developing multiples of the more popular characters, though, they are giving titles to existing people in the Marvel Universe. Doctor Doom, Mary Jane Watson, Nebula… the list goes on and on.

The bad news is that I’m hearing from several store owners and fans that the results already are closely mimicking those of the 1990s—some fans simply are giving up because they cannot afford to buy ALL the Marvel titles. Others have pared back their buying Marvel to stay within their budgets. Some of them, like before, find they have some money left over, so they’re sampling product from other companies.

It’s rerun city all over again! In an already shaky industry, this doesn’t bode well.

Now, Marvel’s E-I-C has referred to himself as the “fans” Editor in Chief. Based on this year’s changes, some of us don’t think that’s accurate. He’s more of the “corporate” E-I-C by trying to push out other producers and companies. Not cool! And not good for fans in the long run.

I’m continuing to notice that other stores and chains are reducing or eliminating comics-related merchandise like t-shirts and toys and such.

A few years ago, I could pick up a lot of great shirts from Walmart and Target, to name a couple. These days, if they’re not being sold at really reduced prices, you can’t find them there.

In 2019, a lot of big retail chains worked to try and sell comics-related stuff. Target sold exclusive figures from DC based on a prehistoric take on those heroes. I never got to buy any there because they seem to have been under-ordered. They were picked up in a few days, but some of the people in those stores told me they were thrilled to get rid of them. See, there were other local stores that couldn’t move them at all, but those seemed to be outside the area I live in.

They said it was an experiment that didn’t work, from their point of view.

Add to this the fact that the Walmart DC comics are now readily available at local comics shops, so my need to rush to the nearby Walmart to get them as soon as I knew they were out has greatly diminished. That can’t be encouraging to the Big Store.

Still, I can find some shirts and all at Game Stop and my LCS, so they haven’t completely disappeared. However, the trend is rapidly moving downhill, and that means we just might go back to the days when, if I saw someone wearing a comics-related item, I begged them to tell me where they got it. Sigh. Like last year, some of the following come under the “well, duhhhh” category because they can be pretty obvious. Others may not be so clearly evident.

The “crate” mail-order industry will continue to decline. I have heard from many collectors who value condition that getting “crates” through the mail almost always leads to disappointment when it comes to the shape of the product they receive. This type of thing will continue to be a boon to those who don’t live in urban areas where people can choose from multiple LCS’s, but they may become of interest to so few fans that many of them may have to close up shop in 2020. Crossover, anyone?

Batman and Spider-Man will continue to be the big sellers. There are so many books featuring the Dark Knight as well as those starring the Web Slinger that I have had to reduce the number I buy. As well as many related products with their likenesses on them, these two are popular on TV and in the movies as well, so unless some writer or two get on board that causes them to crash and burn, look for 2020 to be big for the Bat and the Spider.

Digital comics will also continue to decline. I have a lot of friends who are great at computers, and they used to tell me that people who loved the color and resolution of computer screens were going to abandon paper for digital versions. Well, they’re not saying that anymore. My digital purchases have greatly reduced as well, so what I used to think might be the future of the industry may go away with paper still remaining “king.”

Trades and other collections will keep rising in popularity. I don’t know if it is the influence of overseas fans or if it is simply more convenient to buy collected editions, but I find more and more self-described fans and those who don’t refer to themselves that way seeking out trade paperbacks and hardcovers. Part of the reason for this is that “floppies” (or individual issues) rarely tell a complete story any longer. Instead, what my brother calls “trade-paperback-itis” has infected the industry, so you need to buy 4-6 issues in order to get anything that resembles a finished tale. Maybe that’s a good thing because people who buy trades just might keep LCS’s going. They didn’t help bookstore chains like Waldenbooks, though.

Creators who are fan-friendly will continue to be the most popular ones. It used to be that comics pros who were not the friendliest of individuals were considered “hot.” After all, if you spoke down to the fans, why, that meant you were above them and therefore worthy of admiration. Yeah, not so much anymore. Creators who show appreciation to fans (and their families, such as kids) make serious impressions on people, and that garners devotion of the highest order these days. I could name names of those who used to be “hot” because they were distant and are not so any longer, but I won’t. Let me just say that if you want to increase your fandom, be GOOD, for goodness sake!

I always feel it’s important to say it yet again—tell good stories! I know some fans count the number of words their favorite characters say each issue, and if they go below a certain number, they wretch. However, I think those people are decreasing in number. The people who love great storytelling will use word of mouth to share what they enjoy with others, and that’s one of the most effective advertising methods of all time. Let’s get back to making quality instead of quantity, shall we?

What do you think? What will happen to the comics industry in 2020? Will it be the year things turn around or will comics sales go downhill? What predictions do you have for the coming year in comics? Please be sure to share your thoughts below and have a Safe and Happy New Year in 2020!