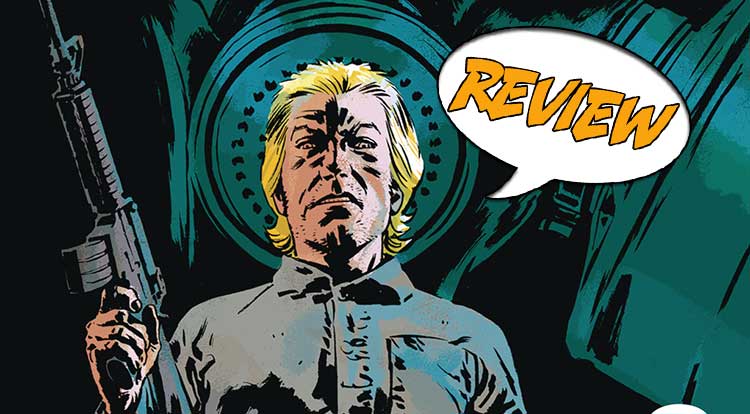 The explosive heist we’ve been waiting for reaches its culmination in Criminal #11 from Image Comics.  Wrestle Madness is the target of the robbers, and Teeg Lawless is the point man.  But is his paranoia getting the better of him, so much that he threatens the gang’s chances of success?  Find out in our Major Spoilers review! Previously in Criminal: The Cruel Summer arc of Criminal has been building to this issue.  The lives of Jane, Ricky and Teeg Lawless have become tangled together in a tale of family, robbery and thwarted love.  But there is always a joker in the pack, and the meticulously planned robbery of a wrestling tournament may not be so well planned as everyone thought.  Success has many fathers but failure, only one…

I’ve been privileged to review Criminal for Major Spoilers since The Cruel Summer arc began early in 2019.  I’ve talked at length about the brilliance of creators Brubaker and Phillips, how Brubaker has constructed a tense narrative filled with people who feel like people, and not facsimiles.  I’ve spoken of Phillips’ ability with his art to populate the storyline with characters who look lived in, whose frailties are there on the page, for everyone to see.

Criminal #11 is one of the strongest individual issues in the arc.  The opening pages, where Teeg Lawless gets the heebie-jeebies about the possibility the heist will go wrong, are a masterclass in building tension through words and art.  There is no violence or action in these opening pages, just Brubaker’s narration building Lawless’s unease, and Phillips’ pitiless gaze as the narrator, as he moves the camera from panel to panel.  The look on Lawless’s face on the last panel of page one, with the camera in mid-shot, as he realises something is off, gives all the sense of a proud man on the cusp of his greatest success realising it could all fall apart because he can’t quite scratch the itch of understanding what is wrong.

Criminal #11 tells the tale of the heist the series has been building to.  It involves Lawless and his gang taking down the proceeds from a wrestling tournament.  Again, as in previous issues, Brubaker ties the criminal angle with the family theme.  While Lawless waits for the bombs Jane has set to go off, he fantasizes about being a regular father to Ricky, taking him to the tournament and watching with his son wrestling from the stands.  Lawless could be a good father, if only the universe didn’t revolve around him.

Working in tandem over the course of this particular arc, artist Sean Phillips and colorist Jacob Phillips have performed miracles, making what might have been a humdrum crime drama into something special.  The cares of the world are evident in the faces and postures of the characters Sean renders.  The realisation of what has been nagging Lawless is revelatory – the widening of the eyes, gritted teeth, the way the light illuminates his face as his thoughts illuminate his reaction.  There’s very little action in Criminal #11, but Sean brings atmosphere and a sense of mounting dread through his panel placement, and how he focuses the camera tightly on scenes within the stadium that underscore Lawless’ horrified reaction what what exactly is wrong.

Colorists may be in the credits, but rarely do they get the credit they deserve.  Jacob Phillips work in Criminal #11 may be his best yet.  Take for example the wrestling scenes.  Set against a dark background, with the audience washed in red and rust, Jacob’s coloring is some of the most effective, and moving, in the business.  The baying of the audience for blood, the way that is counterpointed by the inky darkness with the house lights down, all conveys such a strong mood that it lifts Criminal #11 from mere entertainment to actual art.

Criminal #11 isn’t the end of The Cruel Summer arc, but by golly, it is the highpoint of the series so far.  You have really strong writing from Ed Brubaker, complemented by some of the best art and coloring in the business.  This issue really feels like a culmination of the arc, where the characters come together to bring the heist to fruition.  And then Brubaker comes along and gives us THAT ending…

A near perfect depiction of a robbery gone right, Criminal #11 feels cinematic not only in its scope, but in the interplay between its characters. All the dominoes have been set up, and it takes only one person to send them toppling over. The strongest issue in the series’ arc thus far, Criminal #11 feels like an ending and a beginning, all wrapped up in hard hitting writing and fantastic art.