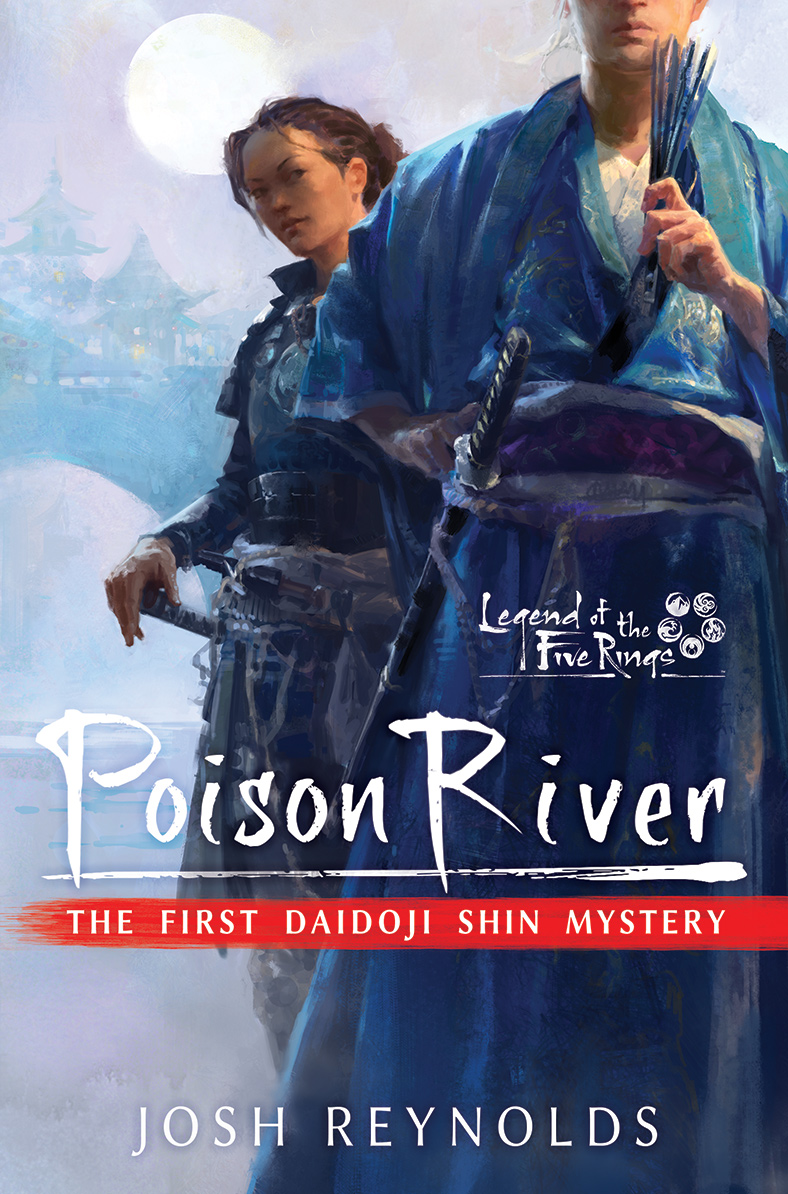 Aconyte Books is not sitting back with only a sporadic release here and there, the publisher is trying to get as many books inspired by the games from Fantasy Flight Games to fans around the world. The latest novel is set in the Legend of the Five Rings world. Poison River is written by Josh Reynolds. A mystery death brings a dilettante detective to life, and drags his long-suffering bodyguard into a nest of intrigue that will test their mettle, and their blades… introducing our second novel set in LEGEND OF THE FIVE RINGS’ rich fantasy world: Poison River by Josh Reynolds, released worldwide in August 2020.

This is the first of the Daidoji Shin Mysteries, pitting a scandal-prone Crane noble against clan machinations across Rokugan. One of our favourite elements is the relationship between the louche detective Shin and his fearsome and heavily armed sidekick, Hiramori Kasami.