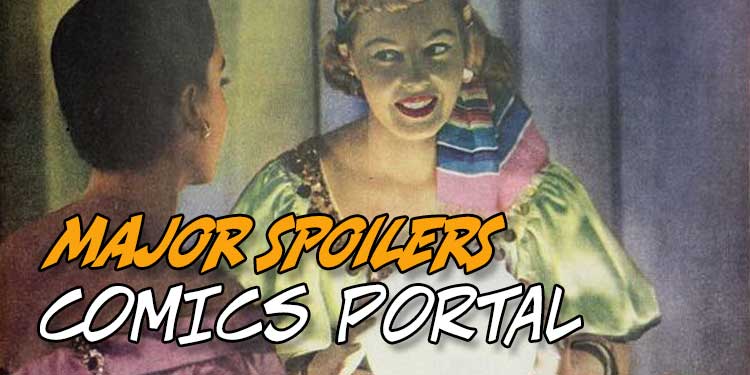 Comics Portal: Still A Great Time to Be a Comics Fan!

First, as always, I have to give my yearly advice to people buying gifts for comics fans, especially the late ones! Do NOT try to buy an item you THINK they might want! Chances are, they either have it or didn’t want it in the first place. Instead, locate their local comics shop and buy a gift card! They’ll be able to purchase what they want, so they’ll love you for it!

Okay, now let’s see where the industry is right now – This is still a great time to be a comics fan! Looking back over 2019, many comic-related movies were box office smashes!

The top film was Avengers: Endgame, with around $2,797,000,000 worldwide. The third-highest money-maker was Spider-Man: Far From Home, with over $1 billion globally. Captain Marvel placed fourth, then Joker came in sixth. Shazam! brought in over $300,000, and Dark Phoenix took in $252,000. One might consider Glass in this category since it was about superheroes. That’s pretty good for a genre that some were saying had lost its luster recently. As it stands now, the movie theaters have only begun to see capes and cowls!

DC also has continued success with their line of direct-to-DVD films, such as Batman: Hush, Teen Titans Go! Versus Teen Titans, Wonder Woman: Bloodlines, Batman vs. Teenage Mutant Ninja Turtles, Reign of the Supermen and Justice League vs. the Fatal Five. DC continues to sparkle when it comes to TV shows, including those in the Arrowverse on The CW. Right now, we’re in limbo as far as the “Crisis on Infinite Earths” event is concerned, and it will conclude in early January. Sadly, Batwoman may be the weakest of the bunch, but I’m sure the producers are hoping some viewers will jump on board as a result of “Crisis.” Lucifer’s last season is coming on Netflix, too.

I still grieve over the loss of Krypton on Syfy. I haven’t turned that channel on in months.

I didn’t expect much from HBO’s The Watchmen, but they delivered a season that really fried my brain! Wow! I’m sure being familiar with the comics helped me “get” all those quirky happenings, but it was awesome! More, I say, more!

Based on the recent folding in of the TV production arm of Marvel into the movie production area, it looks like much of the shows based on the House of Ideas will be found on the new Disney+ streaming service with Hero Project and the like. Still, Marvel getting programming on ABC is like selling to your sister—you should get a bargain! Speaking of which, Marvel’s Agents of S.H.I.E.L.D. is coming to a close soon on ABC. Cloak & Dagger and Legion are wrapping up as well. We aren’t certain where Daredevil and his fellow Defenders will land, but I’d put my money on Disney+.

While I’m on that subject, Disney+ has really taken off as a streaming service. DC Universe has apparently been doing well also, so these two may indicate the future as far as comics-related television (if we still call it that) programming.

It looks like Walmart and Target have abandoned comic-related products (particularly t-shirts) these days. A friend of mine struggled to get an Avengers t-shirt he liked, but he had to go to another store asap because there were only a few left. Looks like we’ll likely have to stick to our local shops ore through the company websites to get comics-related stuff more and more. I’m sad about that because I did enjoy getting apparel at local chain stores because they were more convenient… and cheaper, too!

You can also buy amazing statues and merchandise through Diamond Select! Some of those things truly amaze me! I’ve also discovered a lot of the toys and statues at Sideshow as well. Wow, they have a lot of pricey stuff! The bad news is that the latter let’s you make payments, which can be death if you don’t plan correctly.

In 2019, Marvel remained firmly in the top spot, with DC in second place, and Image in third most of the time. Still, we did have several significant accomplishments, like Detective Comics #1000 and Marvel Comics #1000.

Like last year, I felt we’ve been seeing a lot more diversity in lead characters in comics, including women and people of color. I also feel we’re getting a widening variety of storytelling than I’ve noticed in the past, including science fiction, horror, adventure, and romance.

Indie comics continue to be the most creative of the storytelling books, I feel. If a creator wants to kill off a lead character, he or she can. It’s not like the “big three” or whatever, where marketing and other considerations mean any changes that happen are likely to be only temporary. You have a LOT more freedom in Indie books, that’s for sure!

When it comes to digital comics, I find I’m buying fewer and fewer of them. A lot of that is due to my LCS doing a great job of ordering what I want, so I don’t have to catch up with digital issues nearly as much. If that’s happening to others as well, I worry about the future of digital comics, honestly.

Like last year, I haven’t heard much about the mail order “crates” that appeared out of nowhere a few years ago. I figure most fans don’t mind the trip to their LCS as much as they may have wondered about previously. Also, if one wants to collect, I don’t know how crates do when it comes to condition.

We also saw more comics conventions than ever take place, with nearly every weekend hosting at least one, many with three to four happening! Can the industry support this kind of growth? I don’t think so, but we’ll see. I’ll talk more about this next week, but I really feel that Marvel is attempting to flood the market with as many comics as possible. I mean, Mary Jane Watson and Nebula each getting her own book? Some will likely survive, but others won’t. The last time this was tried happened back in the ‘90s, and a lot of people who bought almost entirely Marvel’s couldn’t purchase that many any longer, so they checked out other books from other companies. In the long run, I feel this hurt the House of Ideas. I wonder if that will happen again, and soon!

I see more and more people who look into the future saying that the “era of superheroes” is coming to an end soon, even though we’re seeing a lot of success in this genre. As much as I enjoy sci-fi and other types of stories, supers will still dominate the market in print books as well as TV and movies. The fan in me at least hopes that this “trend” will only continue to grow bigger and bigger.

Overall, if you’re a comics fan, 2019 was another great year! So much to choose from, and the future looks bright. I remember the days of only finding a few “quality” books I wanted to subscribe to. Now I have to pick and choose a lot more! And I like that!

What did you think of 2019? Was it a good year or a bad one for comics? What happened that encourages you about the future of comics? What discouraged you? Be sure to share your thoughts below, and may whatever holidays you celebrate be better than you can imagine!