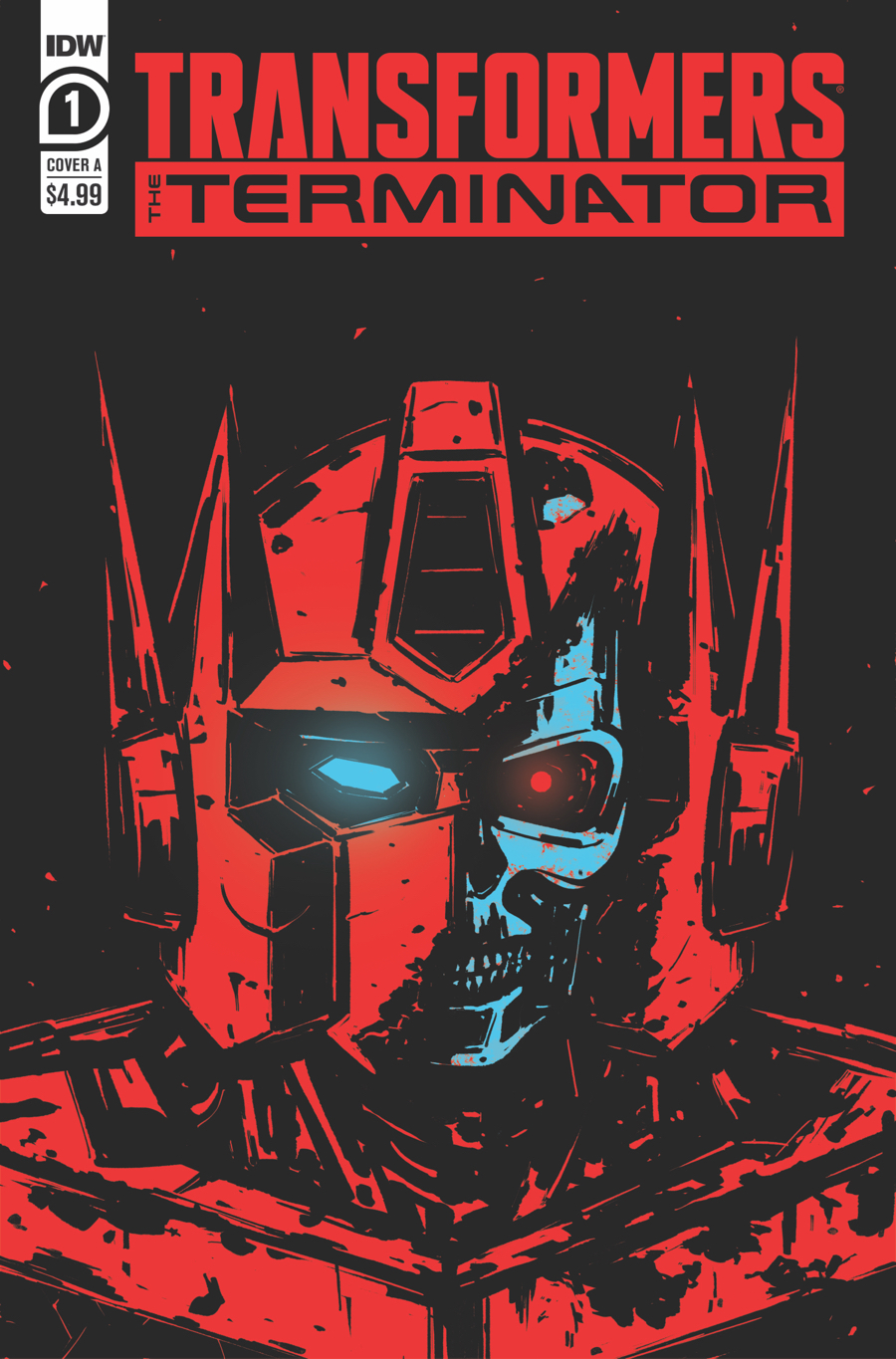 Transformers take on the Terminator in 2020

Crossovers seem to be growing in size and scope, and in 2020, robots are going to wage war in Transformers vs. The Terminator from IDW Publishing.

TRANSFORMERS VS. THE TERMINATOR brings together three longtime TRANSFORMERS contributors (writers David Mariotte and John Barber, and artist Alex Milne) with writer Tom Waltz (fresh off his celebrated 100-issue Teenage Mutant Ninja Turtles run) for an epic crossover that revisits the concepts of alien invasion and time-traveling resistance fighters… but twists them in unexpected ways!

“I still remember the visceral thrill and terror of my first viewing of THE TERMINATOR, and while I’ve seen it a hundred times since then, it still gets my pulse running,” says John Barber, co-writer and IDW Editor-in-Chief. “I’ve worked on TRANSFORMERS a lot over the years, and the opportunity to combine these two mechanistic universes together to see who comes out on top (while working alongside Tom, David, and my old collaborator Alex, no less) —well, it’s way too exciting a chance to pass up.”

Transformers vs. The Terminator mini-series kicks off in March 2020.