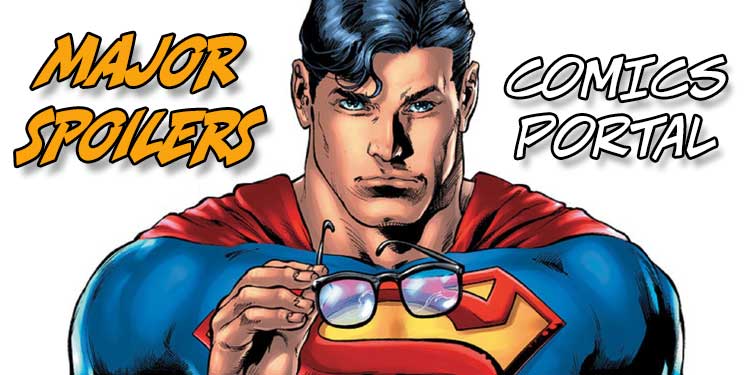 I hate to be so cynical, but my experience as a comics reader has taught me to be that way. In fairness, I should start out with major changes to comics characters really did stick. At least, the ones I can remember.

There was a sand creature who took away half of Superman’s powers. The “Sand Superman” first appeared way back in Superman #233. See, the perception by began to take hold that Superman was just too powerful. He could push planets, after all. So DC set about to fix that.

Another change that stayed was when Dick Grayson stopped being Robin back in New Teen Titans #44. Yes, he’s been Batman as well as Nightwing, but he has never gone back to being Robin. Other have taken up that identity since then.

Those are the two biggest changes that stayed around that leap to mind.

SOME PRIME EXAMPLES OF WHEN CHANGE DIDN’T STICK

Honestly, I could list hundreds of not thousands of “permanent” changes that didn’t last long. But let me hit the highlights.

The biggest one seems to have been when Spider-Man’s marriage to Mary Jane Watson was wiped out by Mephisto. I guess being married was too far from the original formula for the character, so Marvel changed course.

This one is perhaps the most egregious of the comics turnarounds. People still complain about that.

Also, Batman recently was supposed to have died, and Dick Grayson took his place. It didn’t take long for Bruce Wayne to travel through various time periods to reclaim the cape and cowl, though.

Then, too, Steve Rogers was declared dead—so dead that several real-life newspapers covered the story, some even printing obituaries for him.

Turns out it was really a big misunderstanding.

We could also talk about Captain America being a Nazi, but I still wretch when I think about that one.

The one I keep forgetting is whether Pa or Ma Kent are alive or not. It’s like when members of the X-Men die or lose their powers. All that depends on what week it is. Sheesh. As I previously mentioned, during this week’s issue of Superman, the hero revealed his identity to the world.

I was thinking of starting a pool to guess when even this will be undone.

Here are some well-used ways things have been explained away:

I truly believe this change will not stick. I mean, it’ll be fun to explore this possibility for a while, but when sales fall far enough, things will correct themselves really quickly. Like within 30 days after the sales figures are released.

One of the biggest changes that has worked for Supes has been turning Lois Lane from an adversary into a partner. I’ve really enjoyed that development.

Let’s face it—Superman has certain things about him that make him popular or even recognizable. One of those is the whole concept of a secret identity. Take that away, and it’s like turning Peter Parker into Bruce Wayne. Most readers just don’t buy it—literally.

However, I’ll buy the book because it’ll be fun to explore this “what if.” But, like Dick Grayson wearing the Batman mantle, it won’t be around very long, mark my words!

What do you think? Should the world know Superman’s secret identity? Why? If not, why not? Should comics continue to make temporary changes to established characters then put everything back the way it was as soon as the sales start to dip? Whatever your opinion, feel free to express it in the space below.