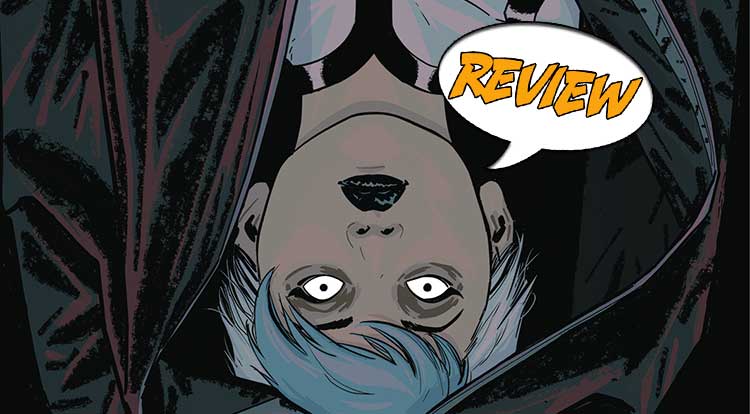 Is Shan Fong Mirage dead? Is there a way out of the afterlife she and Grace have fallen into? And who is trying to connect with her through all of this? Find out in Doctor Mirage #5, out now from Valiant Entertainment. Previously in Doctor Mirage: Shan is pierced through the heart by The Embalmer. She doesn’t die but falls into oblivion for an undetermined amount of time until Grace pulls her out. Shan recognizes the magical knife they have as something that can rip open the underworld. Through Grace, Hwen advises them to go to the river, which Shan severs with the knife. As they run across, The Embalmer catches up with them and possesses Grace.

Dr. Mirage #5 opens with Shan, holding the knife as she runs from the Crow Flies, monstrous creatures who work with The Embalmer. A voice sends the monsters away and calls out for Shan. It’s Grace, who was carried away last issue, whom Shan thought was done for. But she’s alive…or is she? An attack and a flurry of magical energy alert Shan to the fact that it’s actually The Embalmer in Grace’s body.

This is where the battle begins in earnest. Shan fights with confidence, but The Embalmer seems to be immune, even to the knife now, and it accuses Shan not only of being a failure, but of dooming others around her in her attempts to defy death. But Shan finally realizes one crucial thing, and that is that no one can defy death – it comes to us all. And stabs herself in the heart.

And finds herself in the Deadside, and Hwen is there. She is overjoyed to be with him again. Except it isn’t him. The mysterious voice, like that of a movie director? That came from spirits of the dead who need Shan, and who realize that others need her. But she was withdrawn, gone from them. She has helped so many spirits move on, but her own life has stagnated, and she has not allowed herself to move on.

It’s a beautiful allegory for coping with the death of someone very close. They can never be replaced, and the hole they leave behind will never be filled completely, but in our lives, there is room for others, for forming new attachments, for getting on with the messy business of living. It’s an interesting twist to have the dead see what she is lacking, and for them to take a hand in getting her to the point where she can understand this.

DYING IS AN EMPTY HOUSE

Doctor Mirage #5 is not a story tied to a specific physical location. It’s a psychological location that has been given physical form to help make sense of it, especially since comics are a visual medium. This is a lot of what art is about. I like the connections with Egyptian mythology. Thanks to their artifacts and writing, we know a lot about how the ancient Egyptians thought about death, so we can relate to it. But I also like the imagery of being in a nightmarish version of a house – something so familiar but rendered in a way to make it seem twisted.

Color is used to great effect as well. Magic has its color; death has its color; acceptance has its color. Some of the loveliest panels are in the blue of the Deadside and spirits, when those spirits of the dead get together to talk with Shan and explain what they did. There is such a variety of people she’s helped, and it takes a moment of deep sadness and shifts it into almost joy.

As it turned out, Doctor. Mirage #5 is very internal, a thoughtful take on the psychological aftermath of loss, using metaphor to make it something tangible. Dr. Mirage is a perfect character to take on this journey.

Dr. Mirage has been helping the dead move on for years. When grief hits her hard, can they return the favor?