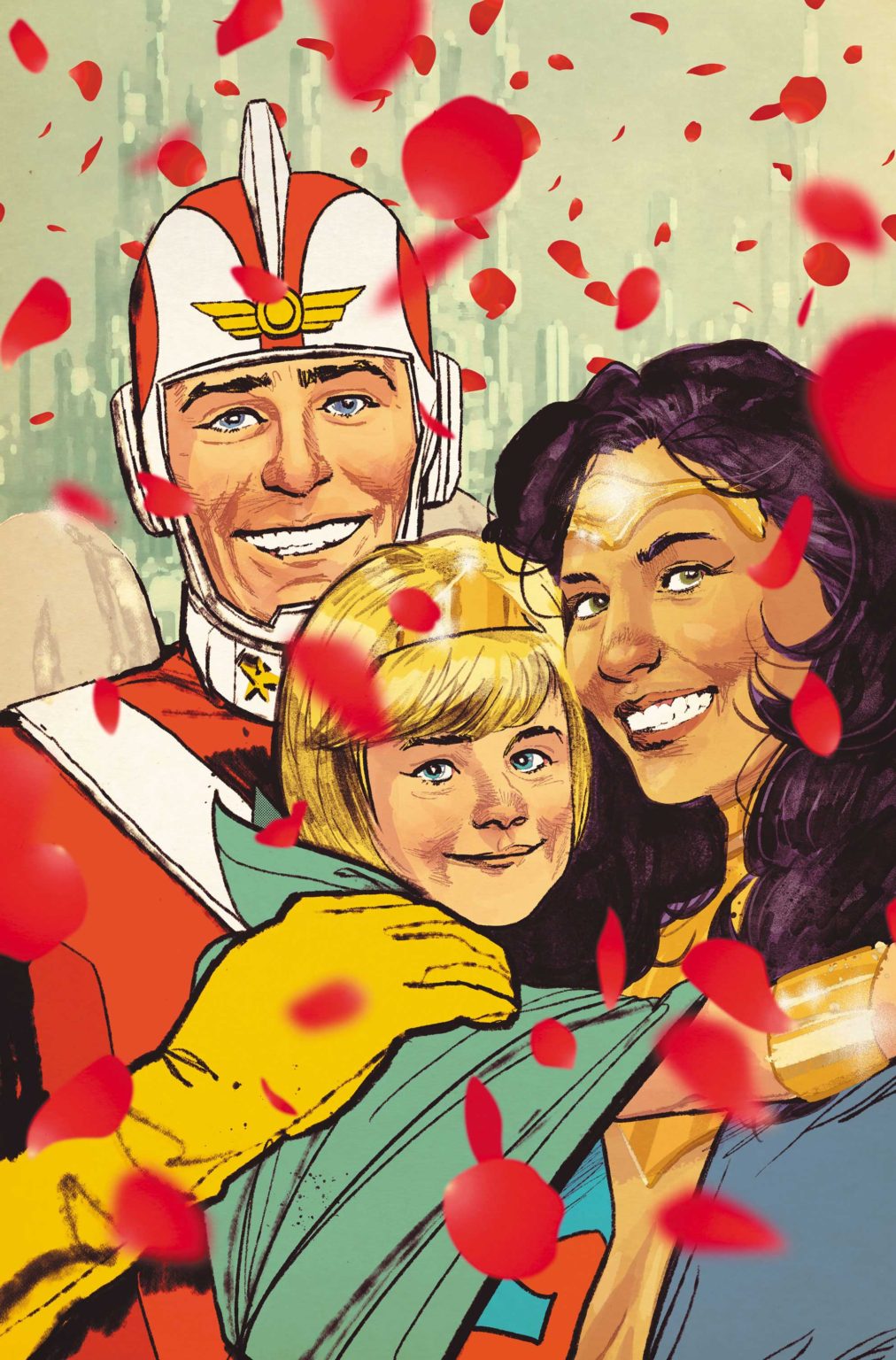 Created in 1958 for DC by Julius Schwartz and Murphy Anderson and first appearing in Showcase #17, Adam Strange is the hero of the planet Rann, a man famous throughout the galaxy for his bravery and honor. In King, Gerads and Shaner’s Strange Adventures, debuting in March 2020, not all is as happy and nice as it seems, as the decisions Adam made during battles on Rann come back to haunt his family and threaten the entire DC Universe.

“Adam Strange is one of a long line of characters—like Tarzan and Flash Gordon, stolid men with dimpled chins who thrive in ‘foreign lands’—who stand in as a metaphor for a 19th century European dream of colonialism,” said King. “Of course, colonialism was nothing like this dream, and it’s that contrast that interests me: the bloody gap between the myth and the reality.”

And now a surprise DC hero will have to choose between saving Adam Strange and saving the world.

“I wanted to tell two stories simultaneously,” continued King, “and have them play off each other: the story we tell others and the story others tell about us. To represent these two aspects, we use two of the best artists in comics, then we weave those two tellings together in odd and new ways that I don’t think anyone’s seen in modern superhero comics. So it’s a way to do something new and different and hopefully something cool and compelling.”