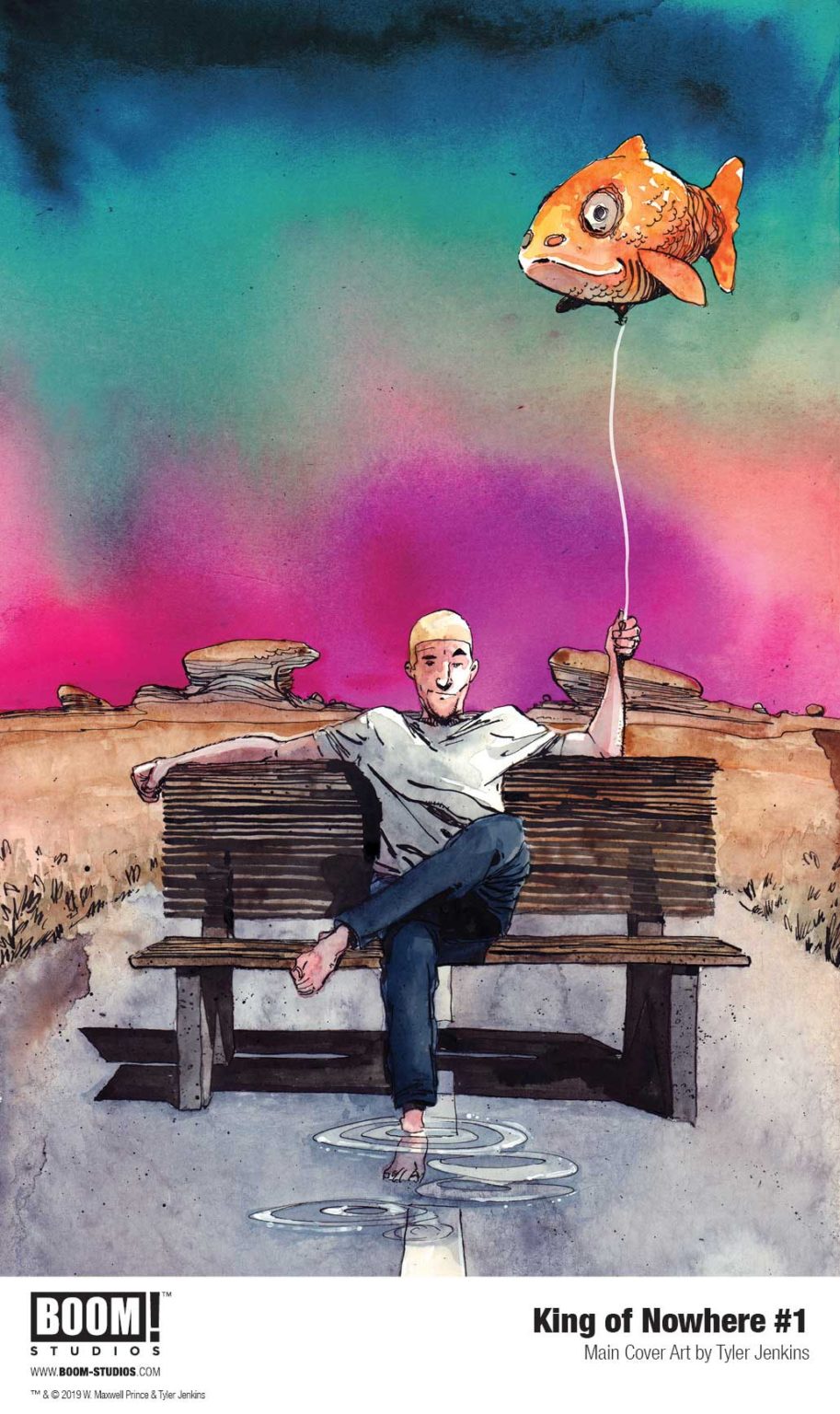 Lovable, drunken lowlife Denis awakens on the outskirts of a mysterious village called Nowhere, home to a friendly populace of deformed, mutated, just-left-of-normal citizens – and he has no memory of where or who he is. But just when Denis starts to regain his memories, his past catches up to him… literally. What at first seems like merely a bad trip quickly heightens into a drama of mistaken identities, small-town conspiracy, and high-stakes fantasy fulfillment.

W. Maxwell Prince is a comic book writer from Brooklyn, NY. He is the author of Ice Cream Man and One Week in the Library with Image Comics, and The Electric Sublime with IDW.

“I’m incredibly happy to bring to market the most important comic about mutants to be published next year,” said W. Maxwell Prince. “How exciting that everyone can finally join me, Tyler, and Hilary in the middle of Nowhere.”

“You ever have one of those days where you stand in the morning, vaguely connected to the events that have, moments ago, ceased being the present, and watch the sun rise, then spend that day adrift without the anchor of sleep?” said artist Tyler Jenkins. “That’s KING OF NOWHERE—a stop motion story; one day to the next, one pose to the next. Each pose, each day, hopefully driving forward the life of your story, or the story of your life.”

KING OF NOWHERE is the newest release from BOOM! Studios’ eponymous imprint, home to critically acclaimed original series, including Once & Future by Kieron Gillen and Dan Mora; Something is Killing the Children by James Tynion IV and Werther Dell’Edera; Faithless by Brian Azzarello and Maria Llovet; Abbott by Saladin Ahmed and Sami Kivelä; Bury the Lede by Gaby Dunn and Claire Roe; Klaus by Grant Morrison and Dan Mora; Folklords by Matt Kindt and Matt Smith; and The Red Mother by Jeremy Haun and Danny Luckert. The imprint also publishes popular licensed properties including Joss Whedon’s Firefly from Greg Pak and Dan McDaid; Buffy the Vampire Slayer from Jordie Bellaire and David López; Angel from Bryan Edward Hill and Gleb Melnikov; and Mighty Morphin Power Rangers from Ryan Parrott and Daniele Di Nicuolo.

“KING OF NOWHERE takes the absurdist imagination of Ice Cream Man and the visceral storytelling of Grass Kings and blends them into the craziest damn smoothie you’ve ever tasted,” said Eric Harburn, Senior Editor, BOOM! Studios. “W. Maxwell Prince and Tyler Jenkins, along with Hilary Jenkins and AndWorld Design, have built a fever dream of mystery, pathos, and heart, and we can’t wait for you to experience it.”

Print copies of KING OF NOWHERE #1 will be available for sale March 2020 exclusively at local comic book shops (use comicshoplocator.com to find the nearest one) or at the BOOM! Studios webstore. Digital copies can be purchased from content providers, including comiXology, iBooks, Google Play, and Madefire.