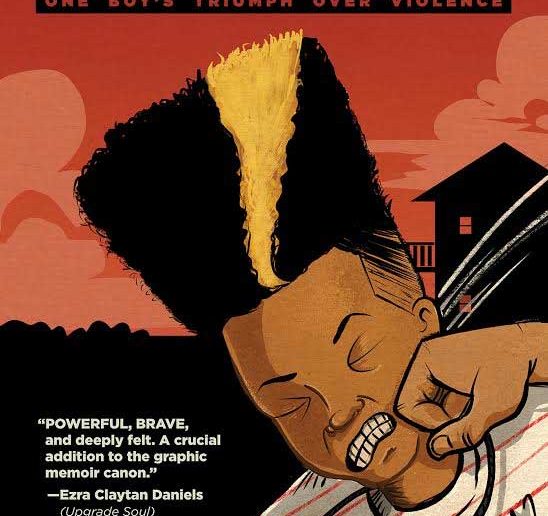 By Stephen Schleicher on December 3, 2019 0 Comments Fights: One Boy’s Triumph Over Violence is Joel Christian Gill’s visceral and deeply affecting memoir chronicling his youth and coming of age as a poor Black child in a chaotic southern landscape of rough city streets and foreboding backwoods during the crack cocaine boom of the 1980s.

This must-read memoir arrives in finer bookstores and comic shops in January 2020, and deserves a place on the bookshelves of every parent.

Joel Christian Gill is an award-winning graphic novelist and Associate Professor of Illustrationp at Massachusetts College of Art and Design. An educator, historian, cartoonist, advocate, and activist, he has  written a number of graphic novel series including Strange Fruit: Uncelebrated Narratives from Black History, volumes 1 and 2 (Fulcrum, 2014, 2018), Tales from the Talented Tenth, volumes 1 and 2 (Fulcrum, 2015, 2016), and Fast Enough, Bessie Stringfield’s First Ride (Lion Forge, 2019).