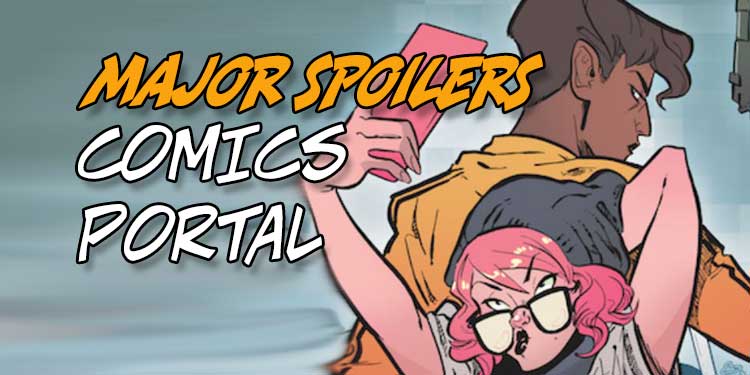 COMICS PORTAL: Are Trade Paperbacks the Future of Comics?

Where the comics industry is going is a subject that always grabs my attention.

Recently, it was announced that Image’s Crowded would not publish the series’ final arc in individual issues (often called “floppies”), but instead it would be available only in graphic novel format.

This isn’t the only comic to make this change. DC’s Astro City is shifting to trades as well as Image’s Moonstruck and Motor Crush, just to name a few.

As always, I have to wonder if trades are where the industry will be heading in the years ahead. I’m not the only one to keep trying to figure out what’s next in comics but, like others, I truly haven’t figured it out yet.

For instance, at one point I was certain digital comics would be where the industry would go. That didn’t happen, and although digital comics are still around, they’re probably not as big a deal as they have been.

Also, at one point I wondered if subscription services like Loot Crate would make local comics shops obsolete. I don’t see much happening along these lines recently, although I know some folks love having their comics shipped to their homes instead of having to trek to their LCS. I wouldn’t want to trust someone else with the condition of my purchases, which is why I think it hasn’t overtaken the industry.

But then, I even thought trade paperbacks would ruin it for local stores back when they first appeared. I believed that everyone would end up going to Waldenbooks and other such retailers to get their comics fix. Instead, those establishments have largely faded away, although some chains like Books-A-Million still continue.

I used to ask guests on my Wayne’s Comics Podcast where they thought the industry was going. Every single one of them gave the answer I’ve come to think is the best one: “I don’t know.” I finally stopped asking that question because I kept getting that same answer.

I’ve been around comics long enough to remember when local comics shops first appeared. I liked them, but I worried that these stores controlled pricing on books. For example, and this will tell you how long ago this happened, I was looking for New Teen Titans #1 for my brother when it first came out. I was stunned to see that the store I found it in wanted $5.00 for it, way above cover price! I told my brother that was way too much. He insisted I buy it for him anyway, and that was my introduction to the LCS concept.

Ever since that happened, I’ve been trying to read the tea leaves when it comes to the industry. Obviously, I haven’t been very good at it!

THE MOVE TO TRADES As long as trade paperbacks have been around, there have been fans who switched from floppies to trades when it came to buying their books. I’m too impatient for that—I need to know what’s happening NOW!

My understanding is that in Europe a lot of stores that only sell trades exist, and they apparently thrive there! If the U.S. turns to that model, well, at least we’d be consistent with that part of the world.

My friends at Scout Comics have begun selling certain titles under their “NonStop” imprint. Here’s how it works—they publish the first issue, then follow it up with the trade a few months later. You can sample a story before you buy it that way. There are several I’ve enjoyed this way, such as MetalShark Bro.

Of course, very few trades actually end up being collectible. The first one I noticed was when The Dark Knight Returns came out in a single volume. Like every other edition of that book, the hardcover and trades flew off the shelves. I used to drive all over the state trying to find them. I wasn’t very lucky. Floppies will always be the choice of collectors, it seems.

Part of the reason this is happening is that individual issues only tell a part of a story these days. In the past, an issue might tell up to three complete tales! My brother calls it “trade-paperback-it is.” Every issue is geared to tell only a portion of the story these days. It’s rare when one issue tells a tale from beginning to end.

If condition matters, trades and hardcovers often get significant damage to their spines when they’re read. That makes them great for readers, but not for collectors.

Then, too, books like X-Men never reach a stopping point, seems like, and that’s intentional. They want to be sure you’ll come back for as many weeks/months/years as possible.

We want a complete story whenever possible. I like to dive in and get to the end when I can. Floppies just don’t meet that need any more, sadly.

OTHER INDUSTRIES HAVE ADOPTED THIS MODEL

It isn’t only comics that have changed how they tell stories. TV shows and even movies have moved here.

The best example of this was 24 on Fox. You had to watch the entire season to get the whole story. Granted, I thought this was a really good idea when it started. Advertisers would be thrilled to see viewers return week after week, and these folks would be exposed to commercials that they hoped would eventually get people to buy their products.

I also have watched movies that followed this model. The one that leaps to mind was the Matrix trilogy. I remember having to wait months between segments, and some folks were disappointed by the final installment. Not me—I loved what happened there! I’d even go back and watch more of this!

The trick of this is that a storyteller must keep the attention of the reader or viewer. I remember when DC published one of their year-long weekly Batman titles written by James Tynion IV. They reached the midway point, issue 26, and that book revealed who the “big bad” was. Some folks online complained bitterly about it, that they had to buy this many issues to find out what was going on. Well, the whole point of that title was to sell weekly comics for a year. OF COURSE they weren’t going to show all their cards at the beginning! Why else would you buy it every week? People often describe comics as a habitual medium—in other words, you need to go to your LCS once a week to keep current. However, when trades are involved, you don’t go there nearly as often. My observation has been that people who only buy trades often don’t know when the trade is coming out, so they don’t get to the store when one is released. Eventually, they fall out of buying comics completely.

Now, I know some folks who do better than this when it comes to trades. They keep track and pick up their new collected editions when they come out. But in my experience, they’re a minority of the fans. I think it’s obvious that stores can’t survive on trade buyers alone.

One of the ways that comics creators get fans who buy floppies to also pick up the trades is to include previously unreleased materials. This can include posters, new stories (often shorter ones), and previews of upcoming issues.

It depends on how much I enjoy the book when it comes to buying a trade. If I have all the individual issues, that often feeds my need to read the story. For instance, Batman: Damned came out in a collected edition not long ago. I ended up passing on it because I had read the floppies of it. Same for DCeased.

I get the money side of this whole discussion. Several companies want the creators of books to cover printing costs. As someone who has worked behind the scenes on an Indie comic, I can vouch for the fact that you just don’t make much money this way. Diamond has to get their share, and that often makes producing books an expensive proposition. That’s often why creators go to cons—to sell books without having to give distributors a share. Instead, they can pocket what they make, at least after expenses are covered.

As much as I believe there’s a market for trades, I don’t think the industry will embrace it as their sole mode of selling books in the future. Yes, trades will continue to appear with collected stories, but they won’t replace floppies completely.

I might change my mind if suddenly I notice stores popping up that sell only trades. But I just don’t see that happening any time soon.

I’ve seen stores that sell a variety of things that include comics, but that trend has lessened over the years. My favorite one was a store in northern Florida that sold comics (for kids), ladies’ clothing (for women), and provided window tinting (for the guys, they said). A few years after I came across this shop, I went back to see if they had something I was looking for. It wasn’t there any longer.

Some still sell games, paperbacks, models and other non-comicy things, but they always seem to come home to comics eventually—if they survive.

Are trades the future of comics? I don’t think so. I think we’ll see more stories moved to trades, particularly ones with smaller print runs. But your LCS won’t be a trade-only zone, I’m convinced. But consider my track record before you buy into that, okay?

What do you think? Do you buy more trades than you used to? Have you moved to trades from floppies? Or are you moving the other direction? Whatever your opinion, feel free to share your ideas below!