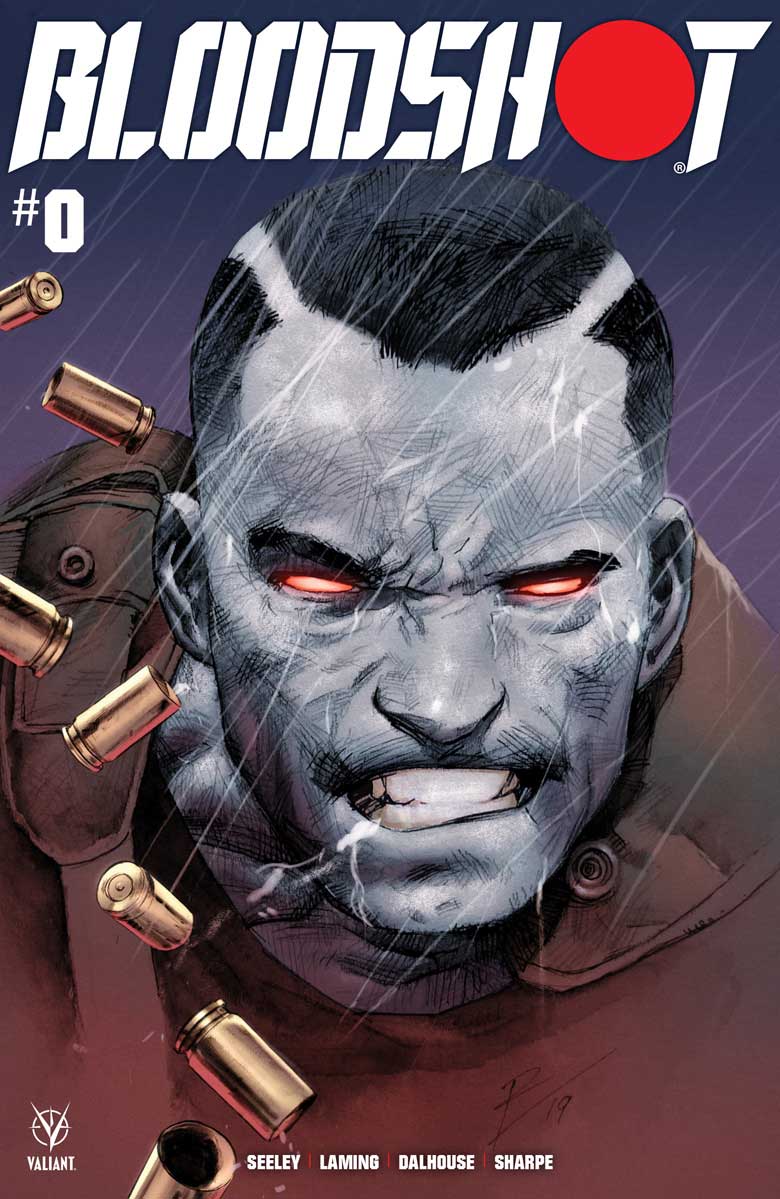 New York Times best-selling writer TIM SEELEY (Grayson) is joined by the incredible artist MARC LAMING (Planet Hulk) to unleash a gripping adventure that reveals the origin of Bloodshot’s brand-new mission. BLOODSHOT #0 will also serve as the 150th issue of BLOODSHOT ever published. And with the nanite-infused hero making his big screen debut in February, it’s going to be a great month for Bloodshot fans.

“Tim’s script was exciting, packed with action but also has a ton of heart and had a really interesting take on Bloodshot’s character,” stated Marc Laming in a press release from Valiant Entertainment. “The zero issue has been a great challenge to draw and it has really stretched me artistically. I’ve tried to use some storytelling techniques I’ve not used before to best tell Tim’s story and I think it has paid off and I’ve produced some really strong pages.”