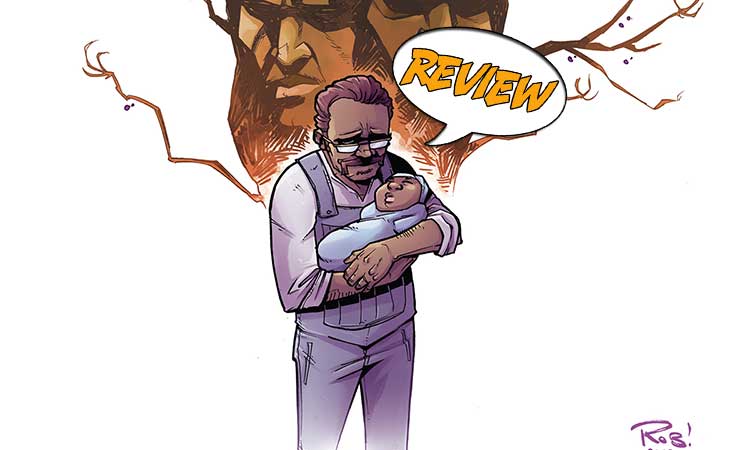 Jedidiah’s stem cell technique has succeeded beyond his wildest dreams, but as a cost.  As the toll of those infected by plant matter grows, he searches for Auntie Janice, a seer, for her guidance.  What he finds instead is a nightmare that threatens to not only consume all his has built, but the human race as well.  Can Jedidiah find a cure for what he has created?  Find out in our Major Spoilers review of Farmhand #11 from Image Comics. Previously in Farmhand:  Jedidah Jenkins had a dream.  To cultivate, literally, human organs and limbs via stem cell technology.  With his friends, he has realized that dream, and with the process on the market, the lives of thousands of been saved and transformed.  But side effects are beginning to show, and betrayal of Jedidiah’s dreams lurk in every corner.

A FIELD OF GREEN THUMBS

The path to Hell is paved with good intentions.  How right that is.  You just have to look around you to see the damage caused by people thinking they were doing the right thing.  It’s part of human nature to strive to innovate and change the world around us, with the intent of improving the lives of everyone.  Sometime it works, and sometimes it doesn’t.  And when it doesn’t, hoo-boy, it sure is a nightmare to fix.

This is what scientist Jedidiah Jenkins is trying to do in Farmhand #11.  As we see in the opening pages, his stem cell technology only occurred after much effort.  The potential rewards are enormous, as are the downsides, which only become apparent further into the issue.

I quite liked Farmhand #11.  Writer and artist Rob Guillory has created an interesting issue that fuses flashbacks and events in the current day to illuminate when Jedidiah’s research really began, and flesh out the other characters with more of their backstory.  The issue really catches fire when Jed goes to visit Aunt Janice, an aged hoodoo practitioner with a well-earned reputation of having the gift of prophecy.  What Jed hoped to find by speaking with her provides no comfort.

For Jed’s research has born strange fruit.  Growing limbs from plants seems fraught with danger, as Guillory’s art ably displays.  There is something badly wrong with the technology, as recipients of new limbs and organs soon begin to take on plant-like characteristics.  Despite the variations in effect, all are marked by glowing green tendrils, and a marked tendency to start ranting at the slightest provocation.

THE COLOR OF MONSTERS IS GREEN

There’s a wonderful Doctor Who serial from the mid-70s called The Seeds of Doom, in which humans are exposed to an plant pod from outer space.  Exposure leads to infection, and infection leads to the consumption of human flesh as the plant matter takes over, leading to a monstrous creation shambling through the English countryside hunting from human flesh.  It’s ghastly fun and well worth watching.

Farmhand #11 is much the same.  While Guillory infuses the horror with fleshed out characters and characterization, it is the depiction of the slow takeover of the beneficiaries of Jed’s research that is the true, beating heart of the issue.  We see the development of something like a hive mind as the infected interact as one.  With this new arc of the series, as it approaches its half way mark, one gets the sense that the series is moving towards unveiling the true ramifications of the adverse effects of Jed’s treatment.  I can’t wait!

Farmhand #11 eschews the horror for looking backward to illuminate the future.  All bar one of Jed’s friends have the best of intentions as they embark on their journey to heal the world.  As with the best tragedies, the failure lies in betrayal at the heart of that friendship, and which no doubt will be examined further down the line.  In meantime, Farmhand #11 is a rock solid issue that deepens our knowledge of the characters and their motivations, and the length both sides will go to achieve their dreams and fix their mistakes.

The fruits of our labors can often be tainted by greed and ambition. Farmhand #11 begins laying out the poison that lies within the heart of ambition. Guillory sets the horror aside in this issue, and replaces it with a story hopes betrayed by good intentions and bad.