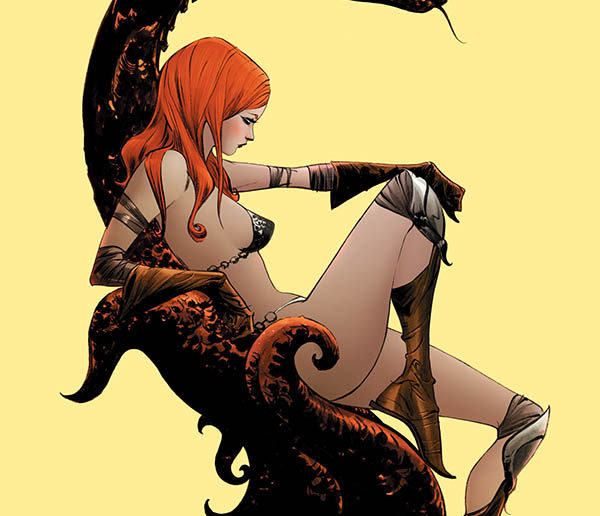 Starting in February, Dynamite is proud to announce the Eisner-nominated Mark Russell is kicking off his second full year on the She-Devil with a Sword in the flagship Red Sonja, joined once more by the masterful Bob Q and the return of Jae Lee to Dynamite! 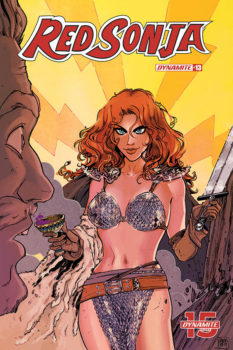 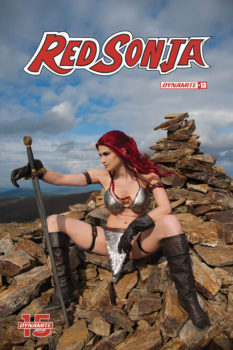 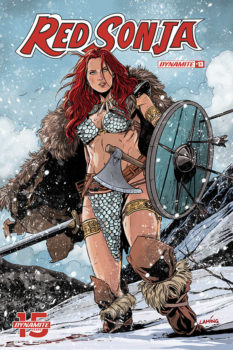 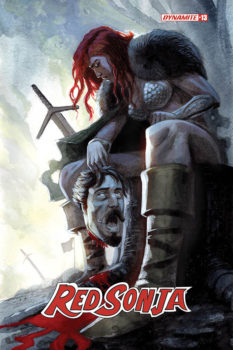 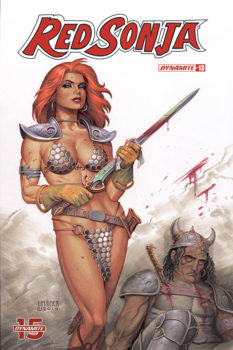 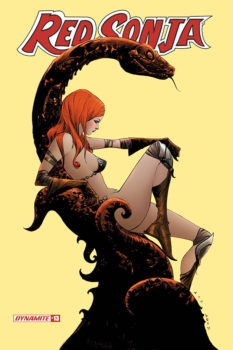 Following 12 issues and two tie-in one-shots, Red Sonja #13 starts with Sonja the Red in a an unfamiliar position. In the beginning of this epic, she was crowned Queen of Hyrkania, pitting her in battle against Dragan the Magnificent. As the two leaders pushed and pulled on the map, one must come out victorious. This glory is short-lived, as now in a time of relative peace and still on the throne of her conquered kingdom, Sonja must deal with the impossible part… ruling. With no food, infrastructure or plan, she must make some extremely difficult choices, compromises and alliances, lest her reign come to an anticlimactic end.

Mark Rusell details where the saga has been and where it’s going, “The first year was about telling the story of Sonja leading her people against the world’s most powerful emperor, as adapted into fantasy from the historical story of Queen Tomyris and Cyrus the Great. Being a huge fan of ancient history, it was an amazing opportunity to get to tell a longform and pretty freeform story adapted from the history books, which back then, were almost works of fantasy themselves.”

“This next one is going to be different in that it’s less about adapting stories from ancient history and more about moving the characters we’ve created forward. It’s about the consequences of war, even for winners. About how all our actions have unintended consequences. Mirko was really great at establishing that sense of historic authenticity and the griminess of war, which was so important to those first issues. As the story moves beyond that initial source of inspiration, Bob will have to invent his visual approach to these settings and characters, but we’ve worked together on other projects and I have nothing but confidence in his ability”

Russell is joined in this quest by artist Bob Q once more for issues #13-18. Dynamite is proud to have brought Bob into comics, where he’s worked on the critically acclaimed James Bond Origin, both The Lone Ranger and previous pieces of this Red Sonja run with Mark, and increasingly higher profile projects with Marvel such as Captain America, Uncanny X-Men and Fantastic Four.

“The last few months have been a game of mental ping pong, jumping back and forth between secret weapons bunkers, super heroes and police conspiracy to the political dealings of a barbarian queen and her stable of loyal consorts all on horseback… it’s a real challenge,” said artist Bob Q. “In the few issues I’ve contributed to the series so far, I’ve already drawn cosmic space snake gods, ancient tree people, elephant warriors, and spooky wizards in an obsidian tower…. I can only imagine where Mark’s going take us next.”

The absolute cherry on top is superstar Jae Lee (Batman/Superman, Inhumans) returning to Dynamite to lead the legion of talented cover artists attached to this series. He joins the likes of Amanda Conner, Joseph Michael Linsner, Bob Q himself and others.

“This is my chance to draw fantasy!,” said cover artist Jae Lee. “Red Sonja is one of the most iconic fantasy characters ever created. I’m honored to be doing a run of covers for Dynamite. Despite the horror elements in my work, my true passion has always been to work on a fantasy book.” 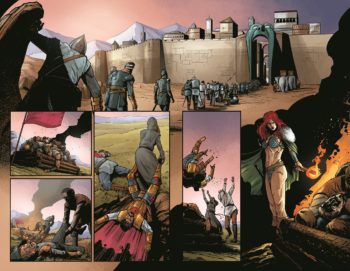 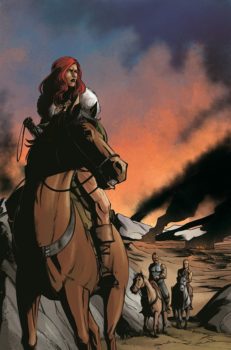 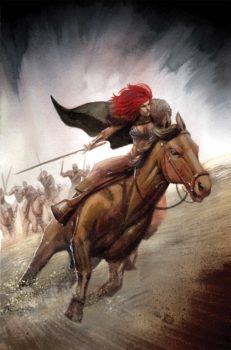 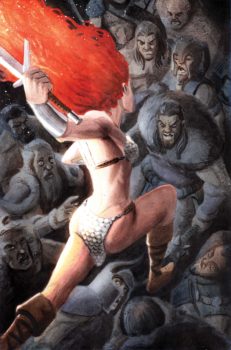 RED SONJA #13 will be solicited in Diamond Comic Distributors’ December 2019 Previews catalog, the premier source of merchandise for the comic book specialty market, and slated for release in February 2020. Comic book fans are encouraged to preorder copies of the issue with their local comic book retailers. It will also be available for individual customer purchase through digital platforms courtesy of Comixology, Kindle, iBooks, Google Play, Dynamite Digital, ComicsPlus, and more!