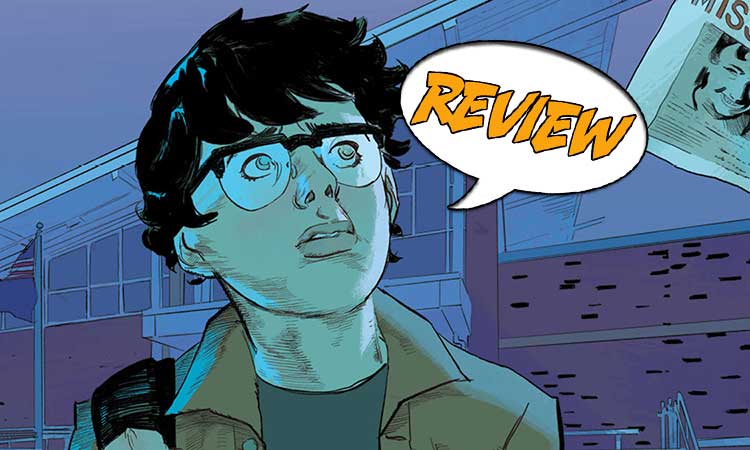 Something is Killing the Children #3 Review

The townspeople are on edge. The police are suspicious. Can Erica Slaughter find the monster before it kills again? Find out in Something is Killing the Children #3 from BOOM! Studios. SOMETHING IS KILLING THE CHILDREN #3

Previously in Something is Killing the Children: The children in question are those of Archer’s Peak, Wisconsin. Erica Slaughter, a young monster hunter, has come to town in search of whatever has been doing the killing. Tagging along with her is James, survivor of an attack, but believed by many to be the killer. They set up in a family restaurant to map out the attacks and draw the attention of the manager, Tommy, whose sister is among the missing. This brings the police into the picture. Later, as Erica tries to figure out what she’s up against, she talks to the stuffed octopus toy she has with her, and it answers her.

Something is Killing the Children #3 opens in horrifying fashion with a little girl, splashed in blood, saying she doesn’t believe in monsters. A monster comes sniffing after her and she runs through the house, past the bodies of her family, and the last thing we hear is her cry for help.

Across town, a man at a bar tries to drown his sorrows as he remembers his son who is now gone. At another table, Tommy is drinking and talking with a couple friends, telling them about Erica. They speculate that maybe she was working with James to do the murders. Tommy has told the Sheriff about her and hopes they’ll pick her up.

They have picked her up and are not off to a good start. She has a Wisconsin driver’s license, but it’s plainly a fake and not a good one at that. (Fun fact: the address on Erica’s license is the street address of the old Department of Transportation building in Madison, WI.) The officer gets frustrated questioning her, especially when she anticipates what he’s thinking. When she asks him who went missing first, he gets angry, especially when she talks about how they probably assumed the first missing kids were just normal occurrences. Then she tells him he’s going to get a phone call, let her go, and his problem will go away. Instead, the first message they get is about five more dead kids found in a house, freshly killed while Erica was being questioned. The Sheriff asks if she really can stop this and she says she can. He lets her go and gives her the name of the first missing child.

When she walks out, James is there to meet her. He sees no point to going to school where everyone singles him out, and he wants to help her. This monster is bigger and more dangerous than many that Erica has faced and time is of the essence.

While we don’t see a lot of direct, on-panel violence in Something is Killing the Children #3, there is a lot going on that we see reflected in the expressions of the people involved. If you don’t like seeing children in danger, this may not be the book for you, and the opening sequence is horrifying, the horror communicated through the huge eyes of the little girl, as well as the unearthly sound effects.

But the pacing is also well done. The bar scene brings the tension down a notch, but reminds us of the stakes, and then we get to catch our breaths when we see Erica with the police. People’s eyes communicate a lot to us in this story, and Erica has the most uncanny green eyes. We mainly only ever see one of them as her hair flops over the other and she wears a lot of dark liner. It’s a little creepy. Even though we know she’s here to kill the monster, she still comes across as unusual.

Something is Killing the Children #3 forges ahead with the story. The strong thread of realism ups the horror – it is truly frightening to know what is going on and have no one believe you because they cannot see it. It is as chilling as it is exciting.

Something is Killing the Children #3

Erica is brought in for questioning and more kids are killed