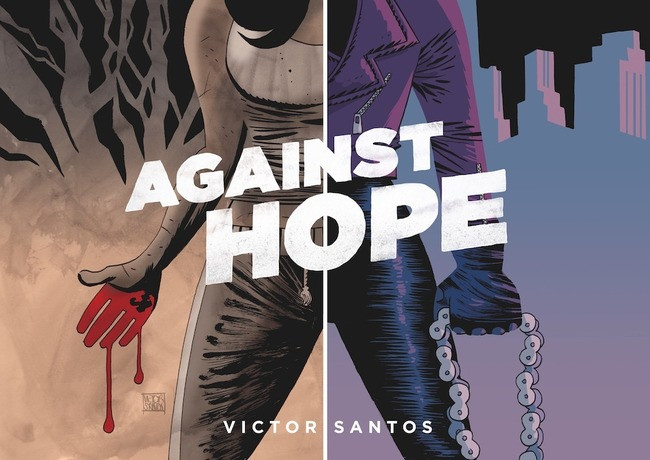 Victor Santos returns with Against Hope at Dark Horse Comics

It has been years since an insane family of neo-Nazis murdered her boyfriend and almost killed Hope. Now she is tracking them down and exacting her bloody revenge. Trained by her father in martial combat, Hope grew from an angry and grieving teenage girl into a cold-hearted bounty hunter. When she discovers the family who brutalized her is now running for public office and controlling a cabal of violent white nationalists from the shadows, she gears up and hits the road with the intent to slaughter every single Nazi that stands against Hope.

Against Hope hits comic shelves June 3, 2020 and book stores June 16, 2020. Against Hope is currently available for pre-order on Amazon, Barnes & Noble, and at your local comic shop. This 192-page paperback will retail for $19.99.