Who is the greatest villain in the DC Universe? We’re going to find out in Harley Quinn: Villain of the Year #1 from Mark Russell and Mike Norton. We have a first look at the issue that includes a nod to the classic Lex Luthor stealing 40 cakes (that’s as many as four tens).

Harley Quinn: Villain of the Year #1
Written by Mark Russell
Art by Mike Norton
Colors by Hi-Fi
Cover by Amanda Conner
In Shops: Dec 11, 2019
Final Orders Due: Nov 18, 2019
SRP: $4.99
Who is DC’s Villain of the Year? Find out the results of YOUR votes in Harley Quinn: Villain of the Year #1! Harley Quinn hosts “Villainy’s Biggest Night,” as the DCU’s most dastardly gather at the Hall of Doom to do what they do best—congratulate themselves! But one villain has a secret plan, fueled by years of being overlooked by his peers, and the burning desire to receive the praise he so rightly deserves… Don’t miss out on a one-of-a-kind comic book experience, with the winners decided by you, the fans! 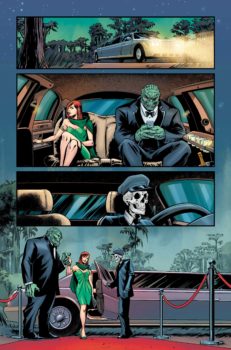 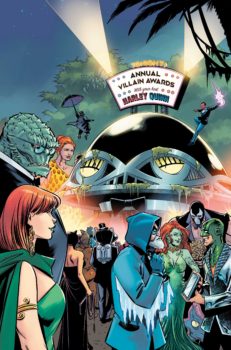 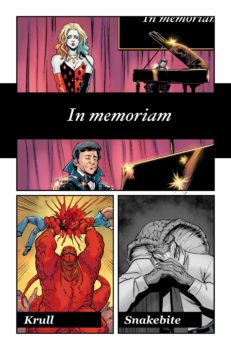 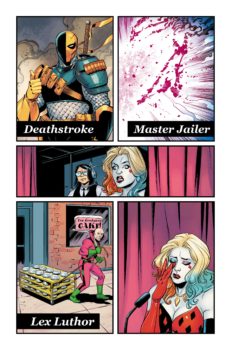 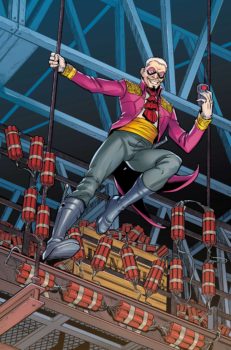 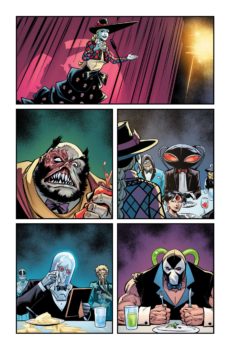 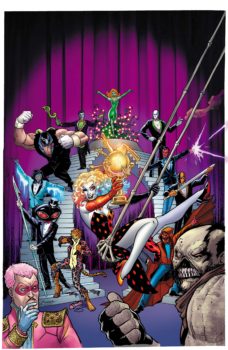