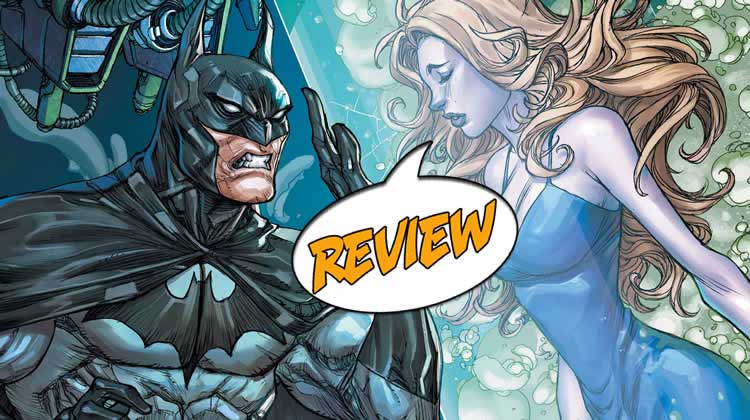 Mister Freeze has been one of those low-level baddies that Batman would face from time to time. He was just a cold-hearted villain, but he didn’t amount to much… that was, at least, until Batman: The Animated Series. Wow, did he get an excellent fleshing out by Paul Dini!

Now Mr. Freeze is one of the characters I’m most interested in, particularly when he shows up in Detective Comics #1015 from DC Comics. The current storyline is very engaging, and I love what’s going on with him. SOLICITATION: For centuries, children have been told to be careful about what they wish for, and after years of yearning for his beloved to return, Mr. Freeze finally gets it. But frozen hearts don’t melt easily, and after years in cryostasis, Nora Fries is the ultimate ice queen. Gotham and Victor Fries will never be the same again.

That first episode featuring Mister Freeze recreated the character on several levels. One of the most important was that his wife Nora had to be kept in a deep freeze while a cure could be found. This was critical because it added a more human element to the guy.

I honestly never expected to see her get thawed out, but that’s what the team on Detective Comics is doing currently. And it’s full of surprises!

How would you react if the person you loved most in the world but couldn’t be with suddenly was returned to you? But her response to all this was to shun you? With Victor Fries, it’s heartbreaking!

Of course, Victor is so thrilled to see her at his side once again that he gives her all the equipment she needs to be his equal. You know, freeze ray, armor… all the good stuff!

He’s not too happy when she decides to use all that, but against him! Yikes!

One of the best sequences in this issue is when Batman has come across a cure for Nora and decides to use it on himself. He orders Alfred to freeze him, then attempt to use that cure! Alfred is naturally reluctant to do this, but Bruce orders him, so it happens. Does it work? Well, you have to read the issue to find out!

I always appreciate fast pacing and the ability to make the characters live and breathe! Mr. Tomasi is a past master at this, and the book hurries along, propelling the story and the characters forward toward the last page of the issue.

This isn’t the last part of this story, so we need to be back next month! But it still moves us to a satisfying moment that will hold us over until #1016!

Some of the big news recently is that Doug Mahnke will be providing the art when Robert Venditti takes over Justice League soon. This issue shows us just why he’s getting that high-octane assignment!

The action sequences are dynamic, pulling us along as quickly as the plot demands. Then, too, the facial expressions cover a wide range of emotions, from Batman suffering when he tries out the cure to Nora’s response when she talks with Victor. We know just what is happening both inside and outside each person! Well done!

BOTTOM LINE: The Weather Outside Is Frightful!

I’m left with a LOT of questions as we approach next month! Will Nora survive? What will happen to Victor? What will happen when Mr. Freeze and the Dark Knight team up to confront Nora? As they used to say in the Batman ’66 show, tune in next time… “Same Bat-Time, Same Bat-Channel!”