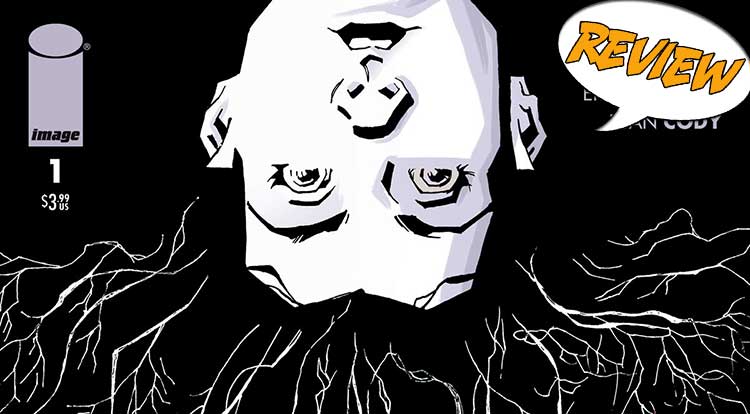 On one day in March 1997, the world came to an end.  Not with a bang, though there was later plenty of noise.  But with a whimper.  When cashier Loretta discovers her daughter Meg has developed a strange and troubling rash, she puts it to one side to deal with her son Josh’s issues at school.  Only when Meg’s rash develops into something far, far worse, does Lorretta feel her world begin to turn upside down.  As the world around them begins to fall apart, can Loretta save herself and her family from what comes next?  Find out in your Major Spoilers review of Family Tree #1 from Image Comics. Previously in Family Tree:  Looking back, it was just another day for cashier Loretta.  Customer service is like that – aggravating customers, oddballs in the aisles, and not enough time to sneak a smoke out the back.  Looking back, underneath the day to day, the world as she knew it was coming to an end…

There’s a strand of British disaster writing that has been christened ‘cosy catastrophe.’  Think John Wyndham, or John Christopher.  There’s nothing flashy or overly destructive in their writing – the Midwich cuckoos infiltrate rather than devastate.  And if in the Death of Grass the authorities agree to nuke every major UK city to cull the population and ensure there’s enough food for the survivors, it’s all done ‘off-screen’ while our protagonists flee into the night.  On a side note, Christopher’s Death of Grass is one of those unassuming, but devastating end of the world books that is required reading for anyone interested in the sub-genre.

Jeff Lemire’s Family Tree #1 falls into the same category of end of the world story.  It opens low key, stays low key, and only blows up at the end of the issue.  But there is a decidedly creepy vibe that envelops the issue, an unsettling feeling that something untoward is happening just out of sight.

Lemire, of course, is responsible for such barn burning stories as Gideon Falls, which explores the outer edges of sanity and the inner workings of the universe.  Family Tree #1 falls at the other end of the spectrum, a tale of a family only just holding it together, in a community that seems itself to be on life-support, until the intrusion of something that slowly, oh so slowly, begins to subvert its surroundings.

Family Tree #1, on reflection, reads like the opening of a good, solid horror movie.  Lemire depicts the town of Lowell, Maine, in all its humdrum existence.  Supermarket cashier Loretta (Lorrie) grumbles her way through the day, passively aggressively dealing with the same customers’ day in day out.  So it seems to be just another stone in her shoe when her boss tells her the school has called her in to talk once again about her rabble rousing son, Joshua.  The bag of weed discovered on him (a nice in-joke for what happens later in the issue) turns out to be the least of Lorrie’s troubles, when her daughter, Meg, develops an irritating skin rash.  From an itchy annoyance, the rash later becomes the key to unlocking one of the mysteries set up in this opening issue.

Some characters, like Joshua, are sketched in, but there’s only so many pages to tell a story.  There’s enough there to see that perhaps he is a resourceful, if brash character, with the promise of more to come.  If the storyline is what you expect, it is still a solid effort by Lemire, and has enough plot hooks to ensure there’s plenty to examine in future issues.

Phil Hester’s art is key to ensuring Family Tree #1 is a success.  Given the subject matter, his loose line work matches the overall theme of the story, as something organic is creeping insidiously closer and closer to the protagonists.  Imagery of trees, plants, branches and leaves predominate, and you get the clear sense that nature is on the march, drawing closer and closer to the main actors.  When everything begins to fall apart, Hester puts together a nice action scene over a couple of pages, which demonstrates his ability to pick up the pass through imagery.

BOTTOM LINE:  I’VE GOT AN ITCHY FEELING ABOUT THIS

Family Tree #1 is a solid start to what promises to be an interesting story about a slow, encroaching apocalypse.  The reader is in a very safe pair of hands in the shape of writer Jeff Lemire, who is well-versed in his craft that he knows how to dole out the suspense at the right moments, to ensure interest and ramp up the mystery.  What is happening to the world soon becomes evident.  Lemire hasn’t yet gone down the gross-out path, so it will be interesting to see how he depicts the ramifications of the effects of the end of the world on those infected…

What you see is what you get, and Family Tree #1 is a confident opening issue that presents puzzles and mysteries for the characters and audience to solve. One of the pleasures of reading a story like this is that the readers have a sense of what is happening, and are keenly waiting to see what the protagonists make of the horrors to come.