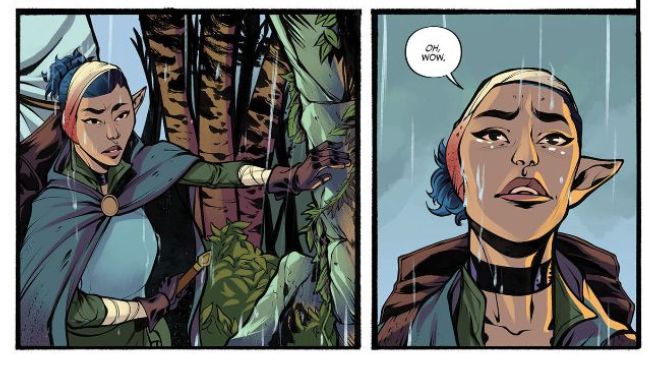 An elf and a human find solace in the sleepy forest settlement of Frostbrook where they plant their roots. But thirteen years later, their twins, Griffon and Rana are inexplicably drawn to an ancient door and discover more than they bargained for, inadvertently turning their world upside down. Now, they’ll have to answer for their parents’ mistakes and find that the past has a way of finding you, no matter where you hide.

“While Dryad is a deep study of family, it’s primarily a story about what parents do to protect their children and what lengths they would go to keep them safe. Dryad is also equal parts mystery and action with a few sizable twists and turns to keep readers on their toes,” said Wiebe in a press release from Oni Press.