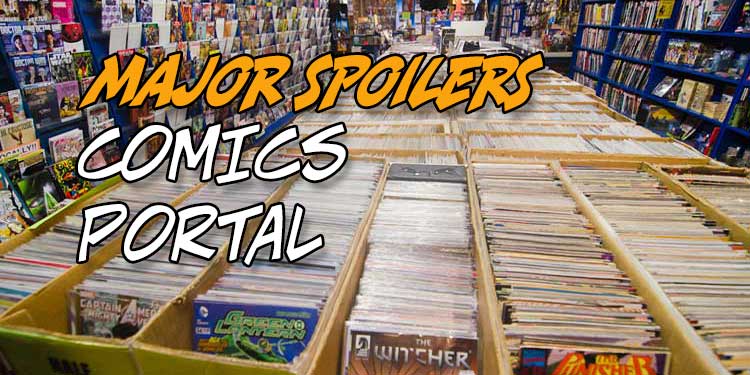 COMICS PORTAL: Is the Local Comics Shop an Endangered Species?

Every once in a while, something that grips my attention hits me on Facebook. The latest article to do that is from Business Insider, and it was an article with a long title: 2 major changes happening in comic books could shape the industry’s future — and comic shops will have to adapt to survive.

The basic points of the article were that graphic novels are becoming more prevalent, and local comics shops aren’t the most effective way to distribute them.

All this led me to wonder: Are local comics shops on the way out?

THE BASIC POINTS MADE Before I dive into this subject, let me post some summary points made by the author:

Right away, I thought of Judd Winick and his series of books called HiLo, which have primarily been sold through bookstores and Amazon, then eventually hitting LCS’s. I’ve enjoyed them, but I’ve stopped asking my LCS to order them and have gone through Amazon primarily to buy them because they can arrive on my doorstep earlier and are still in pretty good shape when they arrive. Now I fear I’m betraying the folks who run local shops. Yikes!

CAN YOUR LOCAL COMICS SHOP SURVIVE?

I have to be honest here—prior to reading this article, I had never heard of this “book channel” concept before. I understand who they are, but I’m perplexed that the author considers bookstores to be prospering when I know most of them have faded away. I mean, I have trouble finding a BAM or a Waldenbooks today. Also, many shopping malls are undergoing a transformation as well. Their future is also in doubt, and if they go away, that means bookstores will have to find locations in business districts or neighborhoods. But that’s where LCS’s are located! Huh?

Then there’s the idea that graphic novels are growing in popularity. Perhaps I’m not in touch with the general population of shoppers, but getting a longer comic is not a priority with many people going to malls these days. If anything, graphic novels are much more easily found in a LCS than in a bookstore. I do see some bookstores carrying GNs, but their selection is usually extremely limited to Marvel and some DCs. That doesn’t work for fans or even casual readers, it seems to me.

Now, online shopping is on the rise, and I can see people ordering books through Amazon and the like. But I haven’t heard much about Loot Crate and their competitors in a long time, so I’m not sold on that notion either.

I remember hearing that the GN format has been popular in Europe, for example. They don’t buy “floppies” very much there. I’m kind of surprised to hear that GNs are taking over, according to this article. Am I that out of touch? One of the points made in the article is that children’s comics are becoming more popular. That’s good news, I think, but the author makes this point:

At 5 million copies for its most recent volume, Dav Pilkey’s “Dog Man” is the most-circulated graphic novel ever, according to (Milton) Griepp.

FYI, Milton Griepp is the CEO of ICv2, and he’s the source of a lot of this article’s “facts.” I’m not at all convinced these are true, so I reserve judgement.

Speaking of Dog Man, I have heard of that book, but I’ve never come across anyone who actually has it or has read it. Are these mostly in the hands of kids?

And the author contends that superheroes are “soft” right now, that their sales fluctuate. Maybe the number of superhero comics supporters are dwindling, but I think the heroes remain popular. Just check the local move theater or TV station! We just need to tap into those markets if comics are to survive and flourish, I believe.

Then there’s this paragraph:

New types of content are becoming more popular: Children’s comics, which are almost exclusively sold in the graphic-novel format, have surpassed superhero comics this year as the most popular genre, according to ICv2. “Superheroes have dominated the comics business for as long as I’ve been in it, but there are some amazing things happening with kids content,” Griepp said at last week’s conference.

Again, I’m very happy to hear that kids are reading more! But I haven’t noticed this apparent mass exodus to stores that sell kids GNs. I’m not up on online sales numbers, so maybe that’s what is being discussed here.

Finally, creator Gerry Conway said in the article that the comic industry’s business model is “totally unsustainable.” I agree that we’re in a transitional time, but I’m not ready to give up on my LCS!

Everyone seems to think the “next big thing” is just around the corner. However, many of them have not done as well as predicted. I mean, digital comics were going to change the industry. And mail subscription services were changing everything, yet I don’t see that happening either! People are too quick to count LCSs and fans out, I believe.

And some folks are anxious to declare the LCS and the comics industry dead. They want to be the first to do that, it seems. I take all this with a huge boulder of salt, actually.

I was encouraged to see that some are still hopeful about the future for LCSs. I haven’t seen anything that will replace them yet.

What do you think? What is the future of comics? If your LCS was to close down, what would you do? Whatever your opinions, be sure to share them in the space below!