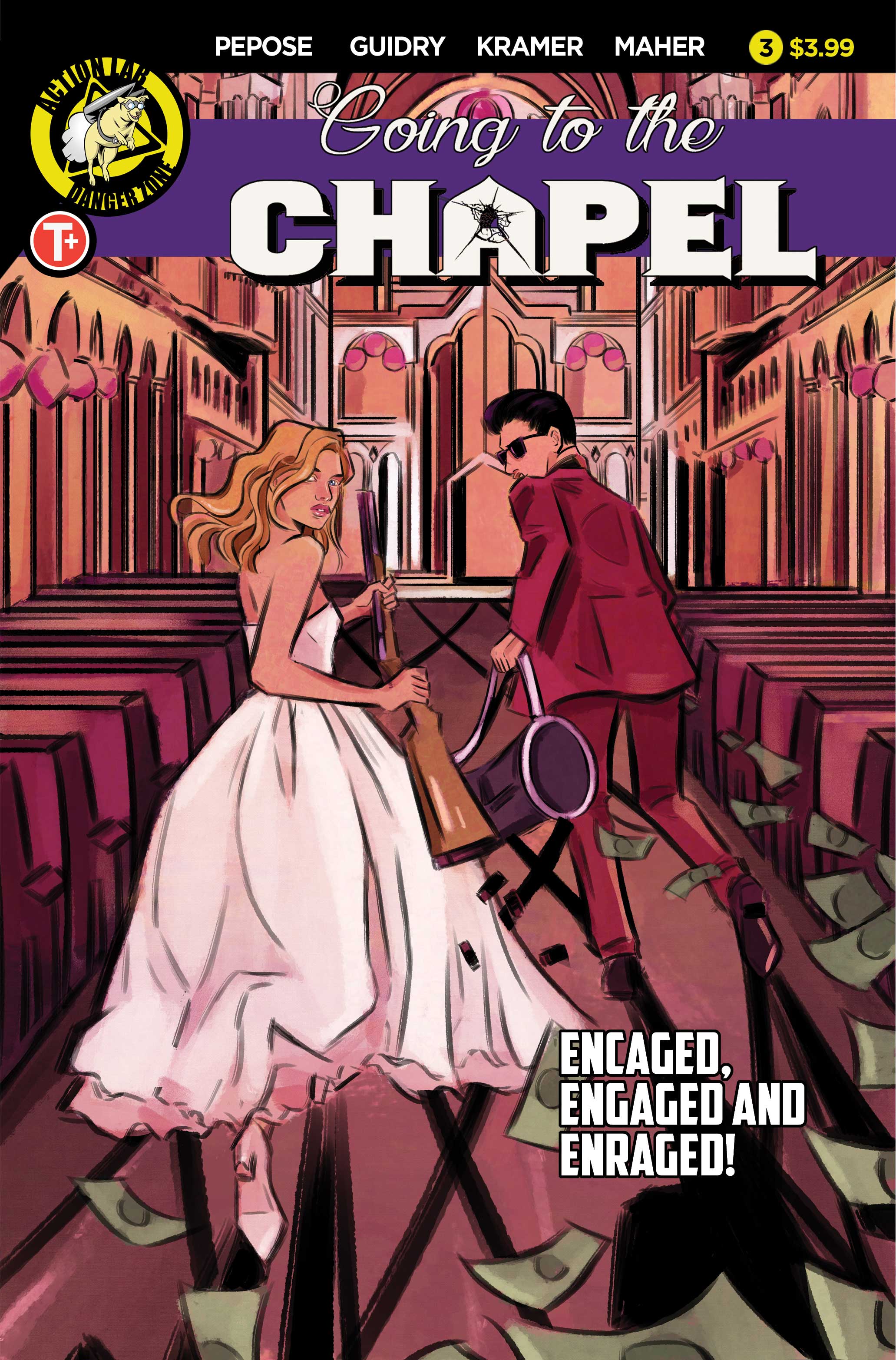 [Preview] Going to the Chapel #3

Here is your first look at Going to the Chapel #3 from David Pepose and Gavin Guidry. The issue arrives on November 6th, from Action Lab Entertainment’s Danger Zone imprint.

The heist of the century continues in GOING TO THE CHAPEL #3! Locked in a stalemate with the police, an unexpected loss sends Emily and the Bad Elvis Gang spiraling into chaos — and unfortunately, Emily’s dysfunctional wedding party isn’t going to take this lying down. Can this bride pull off one last escape, or will her worst secrets be unveiled? Fans of Sex Criminals, Crowded and The Fix should not miss Ringo Award-nominated writer David Pepose (Spencer & Locke) and superstar artist Gavin Guidry (The Death Defying)’s hilarious crime caper, available in comic shops and digital devices Wednesday, November 6!